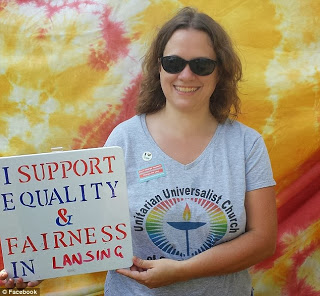 I just found out about this horrible loss of one of our own. A blogger and her son who lost their lives because she was divorcing her husband and attempting to make a life of her own.
The blogger was killed last Thursday, along with her son. Her husband shot and killed them before fatally shooting himself in a murder-suicide in Michigan.

Christine Keith, 37, filed for divorce in October from her husband, 53-year-old Randy Keith, in November, after he allegedly threatened to kill her numerous times. Christine, the writer of “Adventures of a Thrifty Mama,” previously filed for divorce in May but dropped the proceedings.

I am beyond sad for this family. Such a tragic loss.

I have tried to write about things of this nature in the past, but people are always uncomfortable with it. And readers don’t know what to say, how to comment. Unless they’ve been there or someone they know has been there. And in that case, they usually email me to protect their anonymity.

Why is this so? Because there is still a stigma attached. One no one wants to talk about.

That wouldn’t happen to me, women say. I wouldn’t get myself in that situation, women say.

People just don’t understand. You don’t “get yourself” into that situation. It doesn’t matter how strong you are. How determined.

I do fervently hope that Christine’s death will start a discussion and help to remove this stigma in Blog Land.

October was Domestic Violence Awareness month. I kept wanting to write something about it. I would start a post, and then delete it. Because I was afraid.

…In other words, take the “unpretty posts” some place else. We don’t want to think about this. We just want to see pretty pictures…

I have been reluctant about writing about this very important issue that affects so many women.

Please keep Christine and her son in your thoughts. Please, let’s put this issue on the table (or blogging platform) and begin to talk about it. Let’s erase the stigma so that these women will feel they have us on their side.

When they so badly need us to be there.