Ever start a project, and somehow from the get-go, the stars do not seem aligned to work with you? Ever have a project go awry?

Such is the story of this little table, which I bought in Jenks yesterday (I’m a mere four miles from this antique mall, by the way) for $35.

I spotted it almost as soon as I entered, which was good, because I’ve got to limit walking on this ankle right now.

It wasn’t there last week. I went on down a few aisles, mulling it over. But somehow it seemed destined to be “the one.” 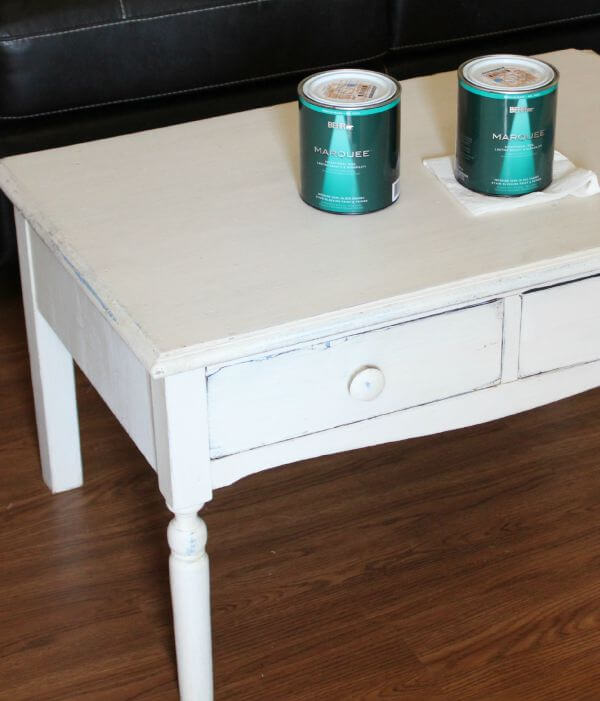 I signed on for a project with Behr paint. Behr Marquee to be specific. And for that project, you take something and transform it with their paint. For which you are compensated. 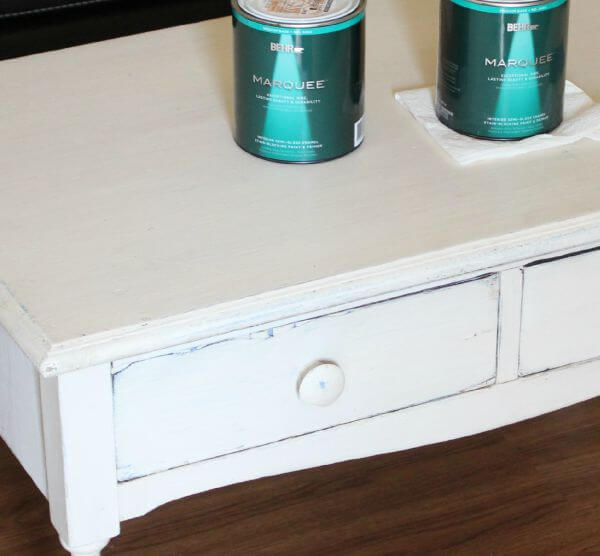 First I went to take the knobs off, and one fell apart. Not a good sign.

Then when I started to sand (I don’t have an electric sander, but hoping I can use the next door neighbors when he gets home, because this job is not going to be easy, I can now see) a little chunk of one of the legs, the part that sits on the floor, broke off.

Do I have rotten wood?

So then I started sanding the drawers, once I had the knobs off, and the veneer started coming up.

I immediately got online and typed in “what do you do when wood veneer comes up while you’re sanding?” (Thank goodness for Google.) It said take a putty knife (unfortunately mine seemed pretty dull, but better than nothing) and a hammer and take it off with your putty knife pretty level with the surface.

The first one came off with not a lot of trouble. In big pieces.

The other one was a beast. I worked for at least an hour, with little bitty pieces coming off at a time. And then the drawer itself started coming apart.

I was hot and sweaty because it’s hot as blazes and humid as a spa out there from the rain last night. But I kept going, muttering and cussing the thing all the way.

Now I’m taking a break. I’ve got to figure out what to do about that leg. And see if I can get that one drawer back together.

I thought about maybe just putting baskets in the two holes where the drawers go, but there’s no surface to put them on, and it’s a weird size. Don’t see how that would work.

If I ever get this beast done, it will be a coffee table. It was the perfect size.

So, try to guess what color I’m painting it. Remember, it isn’t red, as you might immediately assume. And it’s not the paint color/shade of anything else I’ve painted.