Six years ago a man and a woman had a brief fling. Then the woman disappeared and told Carter Blake not to look for her.

But now Rebecca (the name she is currently going by) is embroiled in something that could get her killed. And her next door neighbor Sarah is involved.

Sarah is concerned when Rebecca and her husband disappear in the middle of the night. After a few weeks she’s so worried that she uses the key to go in and look around.

While in the home she happens upon Carter Blake’s email address and assumes he is someone who might have information as to Rebecca’s whereabouts. So she emails him and asks if he knows what’s going on.

Carter Blake is someone who gets paid to “find” people and he’s very good at it. Sarah and Carter Blake end up joining forces to find Rebecca.

Things get dicey because they aren’t the only ones looking for her.

This is a fast paced thriller that keeps you turning the pages to see who will win the race to the finish line. However at times I was confused as to which character I was reading about. Maybe I was just distracted.

Other than that, a good read. 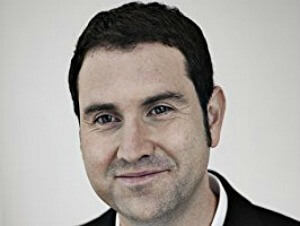 Mason Cross is a British novelist whose debut novel “The Killing Season” was long listed for the Theakstons Old Peculier Crime Book of the Year 2015.

Mason has written a number of short stories, including A Living, which was shortlisted for the Quick Reads ‘Get Britain Reading’ Award and ‘Expiry Date’, published in Ellery Queen.

He lives near Glasgow with his wife and three children.