It is gray and rainy today. Yesterday it was overcast and a perfect day to go out to Woodward park and Swan lake and take photos.

There was a class being taught at the park, a large group that I had to work around. But I still had fun because when I’m behind a camera in a nature setting, life is blissful. 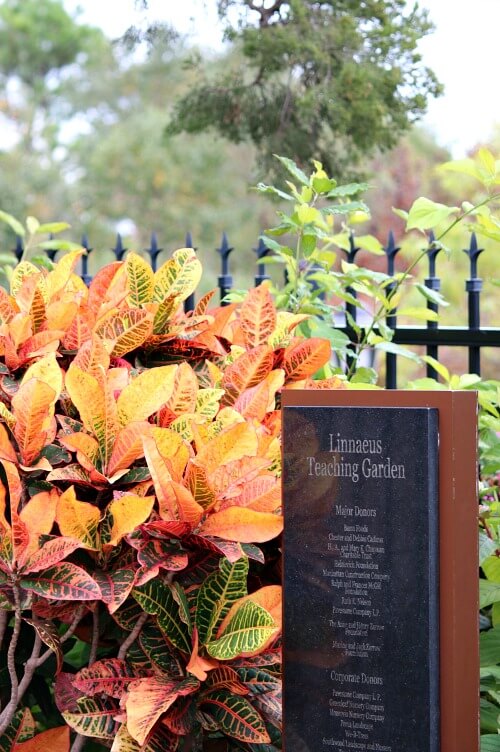 It is certainly a vast and beautiful place. Not that many trees had leaves turning yet. Maybe I’ll go back in a few weeks.

I felt at ease leaving Charlie because he’s been doing better being left since he has Ivy. I did wonder what on earth they were getting up to though! Ivy is always getting up to something. 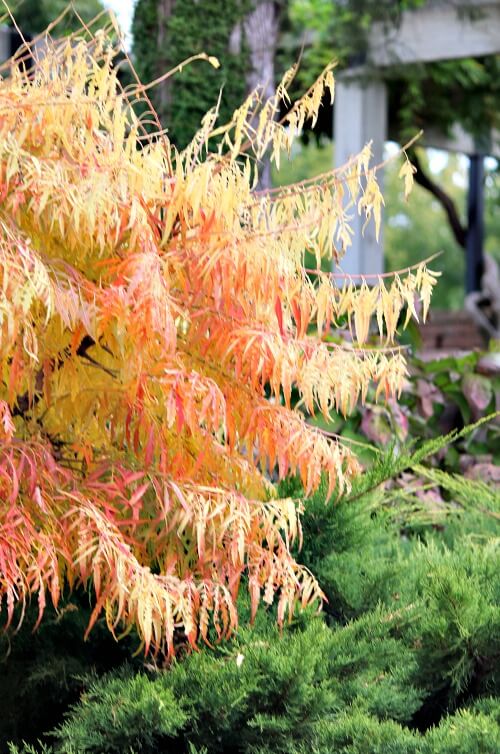 So many colors and textures. I was in heaven. I’ve been coming here for a few years in the spring and fall. I don’t think I made it out there last spring though.

I’m glad I went yesterday afternoon, because from my perch here on the couch I can see the rain dripping off the roof this morning.

Charlie is on his new bed next to me. Ivy is all over the place. My word that cat has energy. 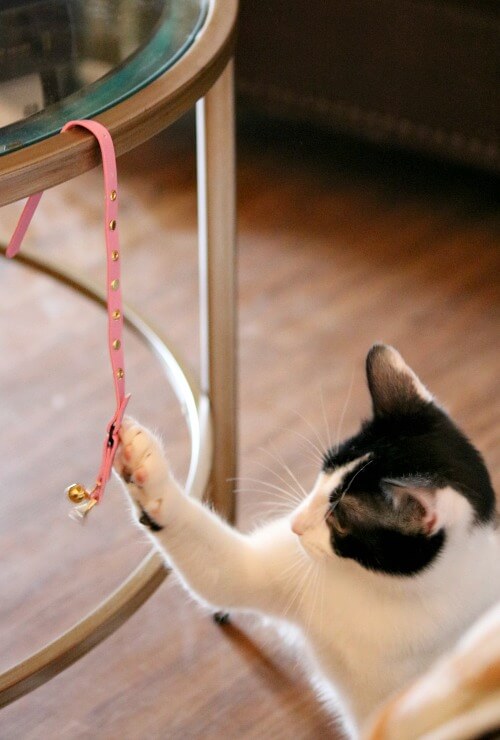 She is still playing with that pumpkin stem. It had fallen off a pumpkin before Ivy even came to live here. I think I put it up on a surface and kind of forgot about it.

But Ivy found it and it has been one of her favorite toys ever since. She skates across the vinyl floor with it. She takes it in the bathtub and plays with it. I can’t figure out what the draw of the tub is for her.

Who would have thought such a simple object could captivate Ivy?

That’s a cat for you. You can’t predict them. 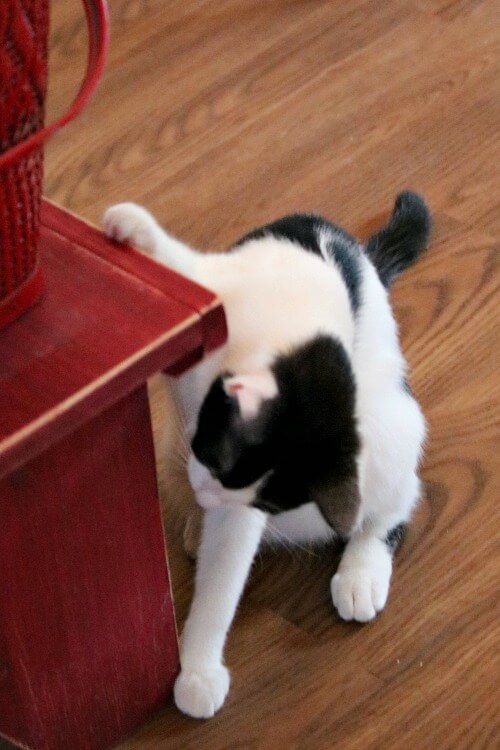 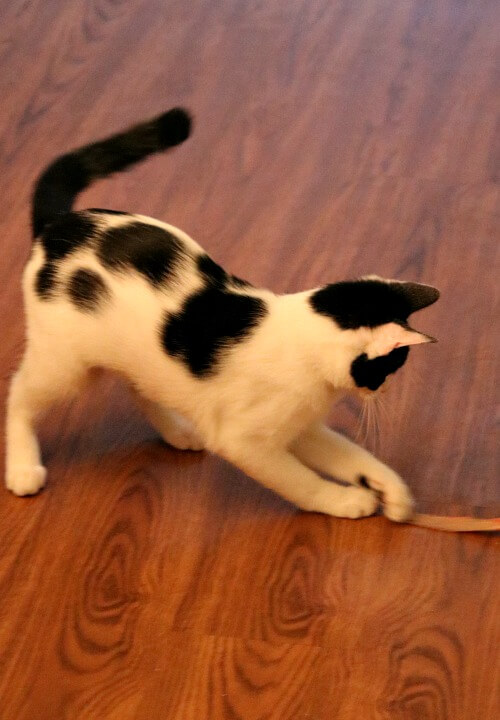 Ivy just jumped into the window and Charlie perked up and headed to sit on the arm of the couch.  I guess he has it in his head now that Ivy jumping in the window might mean she’s going to kill a flying bug.

Now, instead of scaring him, I guess the thought of watching her going after bugs excites him. So she is definitely entertaining him as well as me. 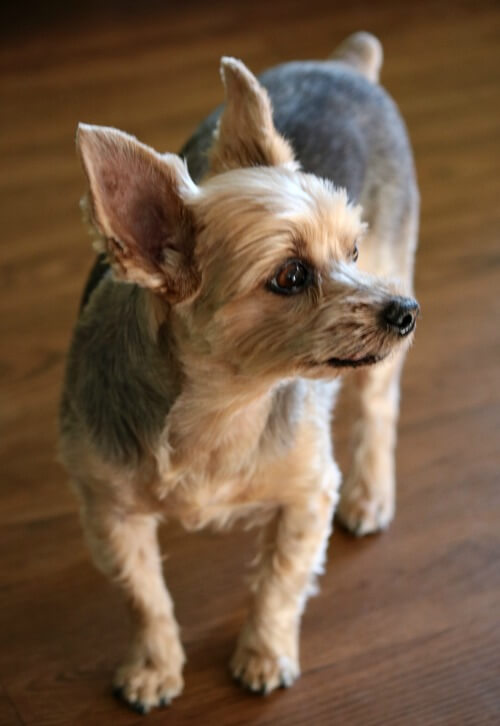 If there is movement, Ivy is after it. It could be a shadow for heavens sake.

She wakes me up in the morning by sticking her face into mine. She nuzzles against my face until I start petting her. Then she’s bouncing all over the place. She gets on the cat tree and plays for a bit. Then she’s sliding down the hall with one of her treasures.

Just now she picked up the red and white curtain tie back. What is it about that tie back that is so intriguing to her, I wonder? 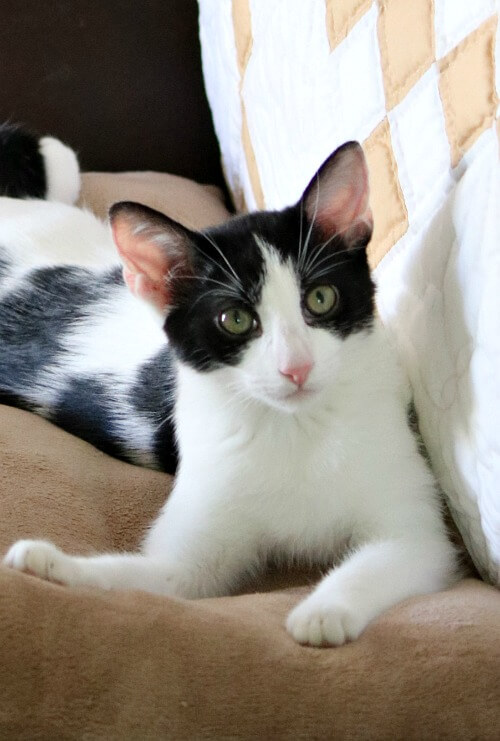 I’ve grown accustomed to dirty paw prints on my vanity and bathroom sink and bathtub.

I am starting to remember that, while in bed, if I forget and dangle my arm over the side of the bed, then it is apt to be attacked.

Now she’s got one of her catnip toys and is teasing and flipping it around.

Oh my, life with a kitten is never boring.