Lately I’ve been wondering what cats do at night. I know Ivy isn’t sweetly sleeping at the foot of the bed like Charlie is. So what is she doing?

I have read that cats are actually crepuscular, which means they are most active just before the sun rises and just after the sun sets.

Cats are natural hunters that evolved to catch their prey during the dawn and twilight hours. 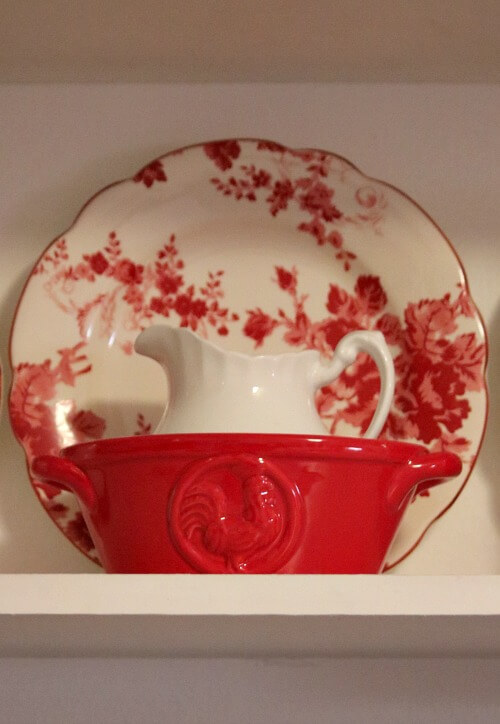 I read an article online that said that cats sleep a lot during the day because their environment is not very stimulating.

So they offered the following ideas to stimulate your cat during the day:

I woke up in the middle of the night to find toilet paper dragged across the floor. I took what was left of the roll and put it in the drawer next to the toilet.

Sometimes Ivy has no interest in toilet paper. It can be dangling down and she might just ignore it.

But every time I went into the bathroom last night (think older post-menopausal woman and her frequent trips to the potty) Ivy was right behind me. She’d sit in front of the toilet and paw at the toilet paper.

I’ve noticed that Ivy often follows me around. If I’m standing at the sink for a few minutes, she will look around till she spies an errant toy. (There are always errant toys around here).

Then she will commence to playing with it to pass the time till I walk to another room. 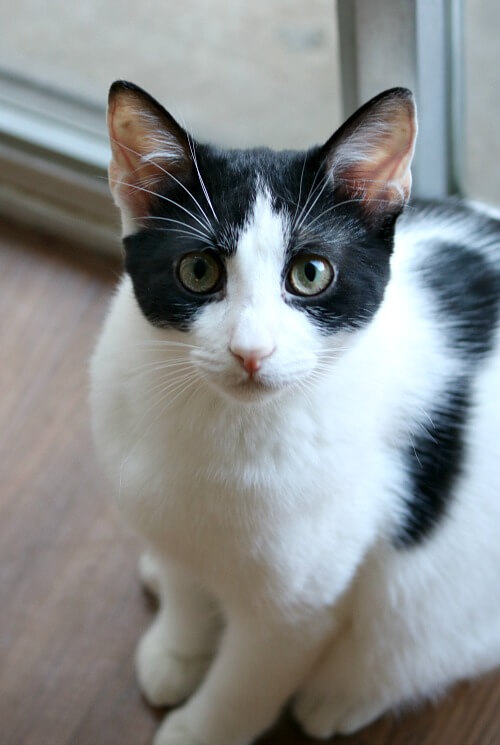 Being Picky About Her Food:

Yesterday I could not get her to eat either of her two canned food meals she gets per day. I give her a bit of canned food in her bowl twice per day. She has dry food all the time.

Finally last night I told her that I was just going to throw it in the trash. I’d refrigerated it in her bowl overnight because she wouldn’t eat it, as I didn’t want to waste it.

As if she understood what I was saying or would even care if she did.

I went into a soliloquy about all the homeless hungry cats out there. I told her that those cats would gladly have eaten part Fancy Feast, part Hills chicken canned food. 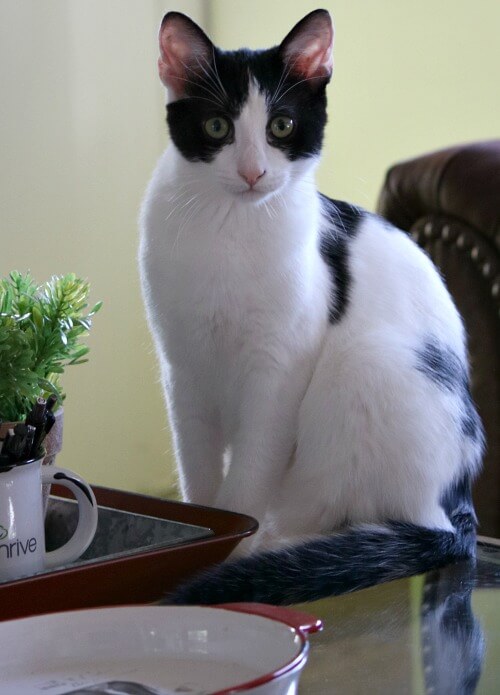 This morning I woke up to Ivy crazily running around the bedroom. She would jump on the bed, then leap to the dresser then back to the bed and to the other side and then over to her table. And then she’d repeat her maneuvers.

I didn’t know if she was practicing her morning acrobatics or if she’d gone crazy as a March hare.

She had dry food in her bowl. So I wondered if she was hungry for the wet food she refused to eat yesterday or the night before.

She meowed and made noises till I got up, took the two cans of food out of the refrigerator, and doled some out for her. She ate most of it.

I’m mixing these two foods because I started her off with Fancy Feast, and I’m trying to get her to eat the Hill’s Diet food. The vet’s office told me to mix it for awhile.

After she ate she pulled the washer attachments that I hook up to the faucet out of the crock I keep them in at the base of the washer. Then she pushed the somewhat heavy crock across the floor. 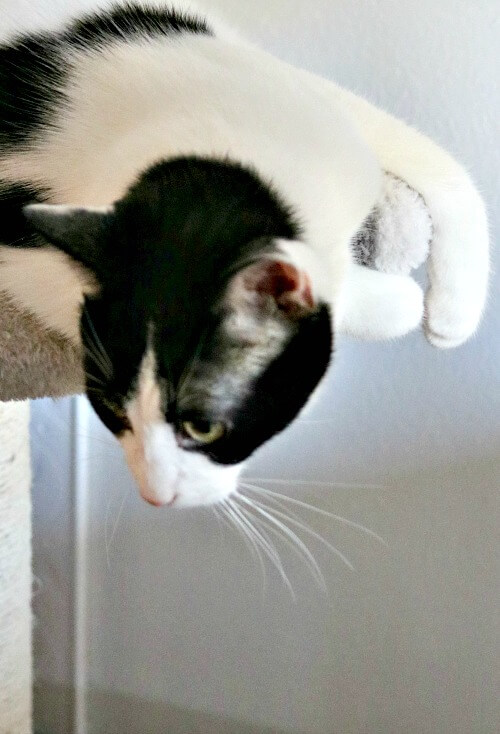 I went online this morning, googling cat behavior, and happened to find Cole and Marmalade, whose owner videos them and puts their antics on YouTube. Easy work if you can get it, I suppose.

You can watch the video of what these two cats do at night here.

I was not only watching the cats in this video, but I was a bit perplexed as to the state of the home. There seemed to be odd things in odd places. I wondered if they’re remodeling, or are just weird folks?

Leave it to me to focus on the decor.

One of these days I might have to figure out this video thing and tape Ivy. 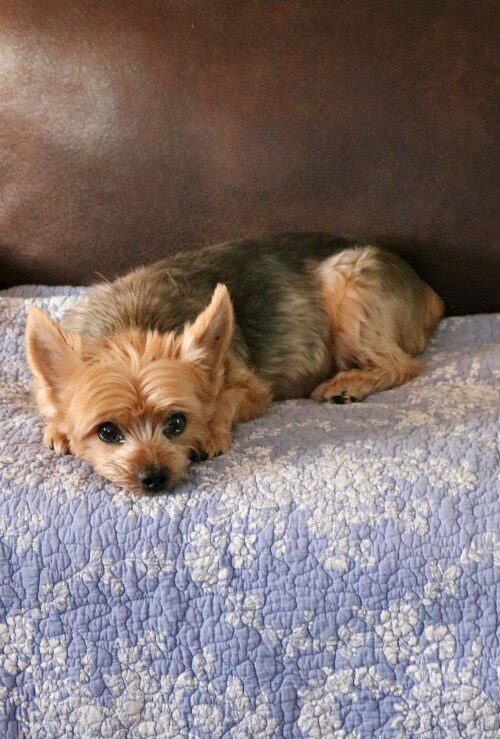 Yesterday Charlie and Ivy were here on the couch with me. The two were looking at one another. I stopped what I was doing to watch them.

Charlie put out his paw toward Ivy. Ivy tentatively reached over with her paw and touched him. When he didn’t move or snap at her she licked him. Charlie leaned in and let her.

Maybe these two are becoming friends. 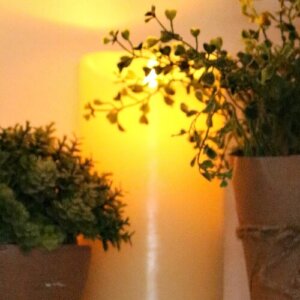 When You Don’t See It Coming