I love suspenseful thrillers that make me think. But I also love fiction, certain self-help books and  the occasional biography/autobiography. 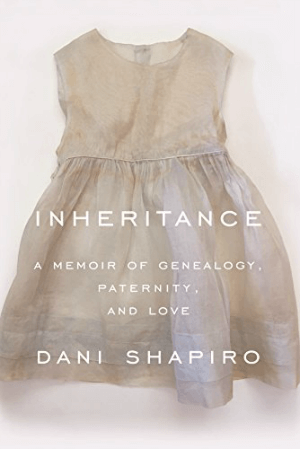 What makes us who we are? What combination of memory, history, biology, experience, and that ineffable thing called the soul defines us?

In the spring of 2016, through a genealogy website to which she had whimsically submitted her DNA for analysis, Dani Shapiro received the stunning news that her father was not her biological father.

She woke up one morning and her entire history–the life she had lived–crumbled beneath her. 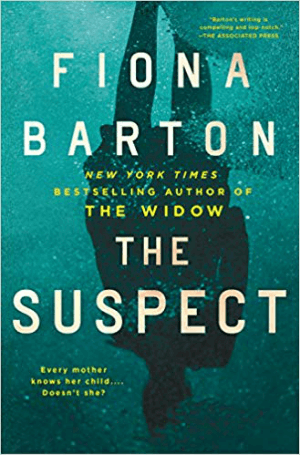 When two eighteen-year-old girls go missing in Thailand, their families are thrust into the international spotlight: desperate, bereft, and frantic with worry.

What were the girls up to before they disappeared?

Journalist Kate Waters always does everything she can to be first to the story, first with the exclusive, first to discover the truth—and this time is no exception.

But she can’t help but think of her own son, whom she hasn’t seen in two years, since he left home to go traveling. 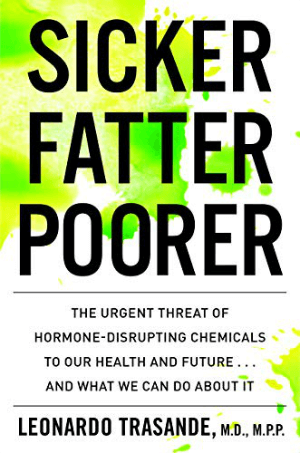 Lurking in our homes, hiding in our offices, and polluting the air we breathe is something sinister. Something we’ve turned a blind eye to for far too long.

Dr. Leonardo Trasande, a pediatrician, professor, and world-renowned researcher, tells the story of how our everyday surroundings are making us sicker, fatter, and poorer.

Dr. Trasande exposes the chemicals that disrupt our hormonal systems and damage our health in irreparable ways.

He shows us where these chemicals hide—in our homes, our schools, at work, in our food, and countless other places we can’t control—as well as the workings of policy that protects the continued use of these chemicals in our lives. 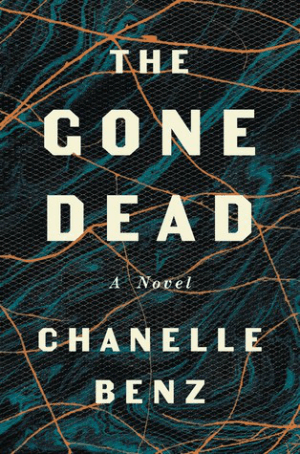 Billie James’s inheritance isn’t much: a little money and a shack in the Mississippi Delta. The house once belonged to her father, a renowned black poet who died unexpectedly when Billie was four years old.

Though Billie was there when the accident happened, she has no memory of that day—and she hasn’t been back to the South since.

Thirty years later, Billie returns, but her father’s home is unnervingly secluded; her only neighbors are the McGees, the family whose history has been entangled with hers since the days of slavery.

As Billie encounters the locals, she hears a strange rumor: that she herself went missing on the day her father died. As the mystery intensifies, she finds out that this forgotten piece of her past could put her in danger. 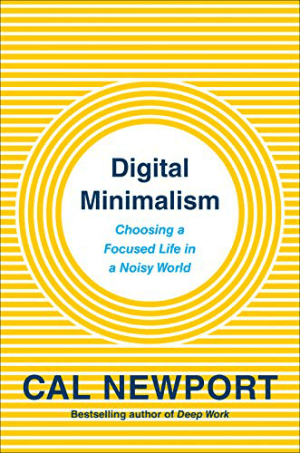 Digital minimalists are all around us. They’re the calm, happy people who can hold long conversations without furtive glances at their phones.

They can get lost in a good book, a woodworking project, or a leisurely morning run. Have fun with friends and family without the obsessive urge to document the experience.

Common sense tips, like turning off notifications, or occasional rituals like observing a digital sabbath, don’t go far enough in helping us take back control of our technological lives, and attempts to unplug completely are complicated by the demands of family, friends and work.

Drawing on a diverse array of real-life examples, from Amish farmers to harried parents to Silicon Valley programmers, Newport identifies the common practices of digital minimalists and the ideas that underpin them.

He shows how digital minimalists are rethinking their relationship to social media, rediscovering the pleasures of the offline world, and reconnecting with their inner selves through regular periods of solitude.

6. Before She Knew Him 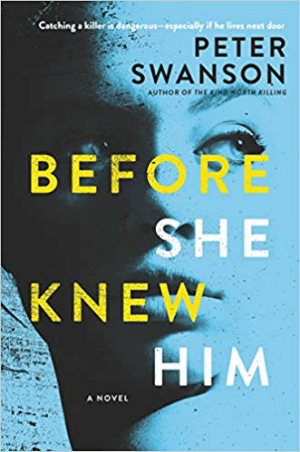 Hen and her husband Lloyd have settled into a quiet life in a new house outside of Boston, Massachusetts. Hen (short for Henrietta) is an illustrator and works out of a studio nearby, and has found the right meds to control her bipolar disorder.

But when they meet the neighbors next door, that calm begins to erode as she spots a familiar object displayed on the husband’s office shelf. The sports trophy looks exactly like one that went missing from the home of a young man who was killed two years ago.

Could her neighbor, Matthew, be a killer?

Or is this the beginning of another psychotic episode like the one she suffered back in college, when she became so consumed with proving a fellow student guilty that she ended up hurting a classmate?

7. All The Wrong Places

Online dating is risky—will that message be a sweet greeting or an unsolicited lewd photo? Will he be as handsome in real life as he is in his photos, or were they taken ten years and twenty pounds ago? And when he asks you to go home with him, how do you know it’s safe?

The man calling himself “Mr. Right Now” in his profile knows that his perfect hair, winning smile, and charming banter put women at ease, silencing any doubts they might have about going back to his apartment.

There, he has a special evening all planned out: steaks, wine, candlelight . . . and, by the end of the night, pain and a slow, agonizing death.

Driven to desperation—by divorce, boredom, infidelity, a beloved husband’s death—a young woman named Paige, her cousin and rival Heather, her best friend, Chloe, and her mother, Joan, all decide to try their hand at online dating.

They each download an app, hoping to right-swipe their way to love and happiness.

But one of them unwittingly makes a date with the killer, starting the clock on a race to save her life. 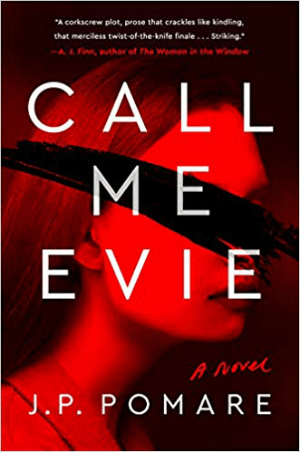 For the past two weeks, seventeen-year-old Kate Bennet has lived against her will in an isolated cabin. She was brought there by a mysterious man named Bill. Part captor, part benefactor, Bill calls her Evie and tells her he’s hiding her to protect her.

That she did something terrible one night back home in Melbourne. Something so unspeakable that he had no choice but to take her away. The trouble is, Kate can’t remember the night in question.

The fragments of Kate’s shattered memories of her old life seem happy. Good friends, a big house in the suburbs, a devoted boyfriend. Bill says he’ll help her fill in the blanks–but his story isn’t adding up.

9. The Summer We Lost Her 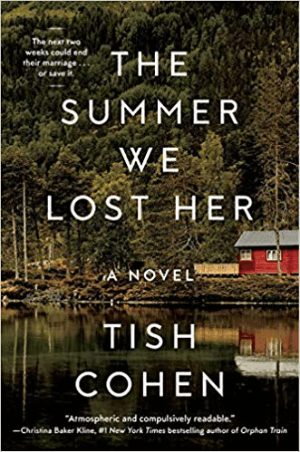 It’s been a busy and expensive few years for Matt and Elise Sorenson and their young daughter Gracie.

Now they’re up in the Adirondacks, preparing to sell the valuable lakefront cabin that’s been in Matt’s family for generations. Both he and Elise agree it’s time to let it go.

They navigate the memories the cabin hold and come face to face with Matt’s teenage crush. She’s now an unnervingly attractive single mother living right next door. And suddenly Gracie disappears without a trace. 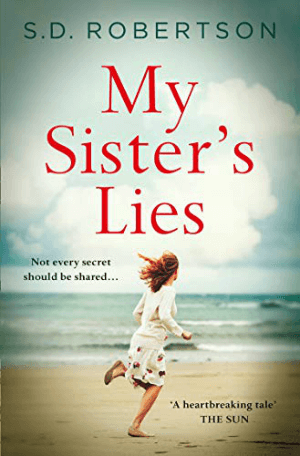 For a decade, Hannah’s life has been pretty close to perfect. She has a great job, she’s married to Mark, and her child-free existence means she’s free as a bird.

The only sadness in her life is a fall-out with her sister Diane. They haven’t spoken in over ten years. But now Diane is on her doorstep. And this time, she’s got her teenage daughter Mia in tow.

Diane asks if Mia can stay with Hannah and Mark for a few days. Hannah is glad of the chance to get to know her niece. But as the days turn into weeks and Diane doesn’t return, Hannah begins to worry. Why hasn’t her sister been in touch?

Diane is carrying a devastating secret that will destroy Hannah’s carefully constructed life. But how much is she willing to reveal – and when will she pick her moment?

Amazon affiliate links are included in the book titles for your convenience.