There are people in the world who have sound sensitivity problems. Not all are like me. You see sound is more than just an assemblage of tones.

Someone made the comment the other day that they think I’m alone too much. I believe it was because of how upset I got about the noise of cell phones, etc. I can understand why they’d think that. It is a sensible deduction.

Of course I’m not really alone. I have Charlie and Ivy. But some would still consider that being alone.

English is my 2nd language. Autism is my first,” Dani Bowman 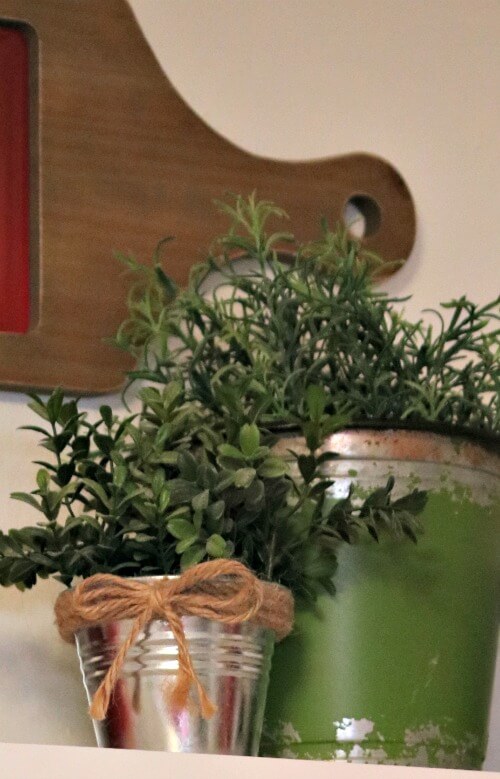 Please don’t think I resent everyone with a cell phone.

They are a wonderful tool if used correctly. Although as with everything, many people just don’t use their common sense and manners. So I’m sorry if I offended anyone about cell phones.

One of the characteristics of Asperger’s syndrome in adults is hyper- and hyposensitivity to sound. Some people consider sound sensitivity to be more of a problem for them than other difficulties common to Asperger’s, such as socializing, communicating with others, and managing work. – Assessment and Treatment of Asperger’s Syndrome in Adults 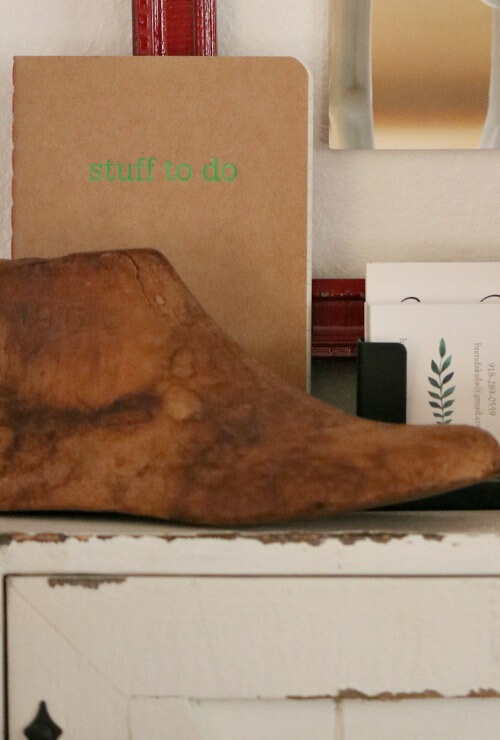 I’ve had problems with sound all of my life. As a child I found other children to be too noisy. I would rather play alone. Fireworks were a nightmare.

I also have sensitivity to things like fluorescent lights. I can’t ignore them. It’s like a sizzling noise in the background that I’m constantly aware of.

When I’m talking to a doctor and the door is open and I can hear other people talking, I can’t filter out the noise to hear the person speaking to me. I have to get up and shut the door. 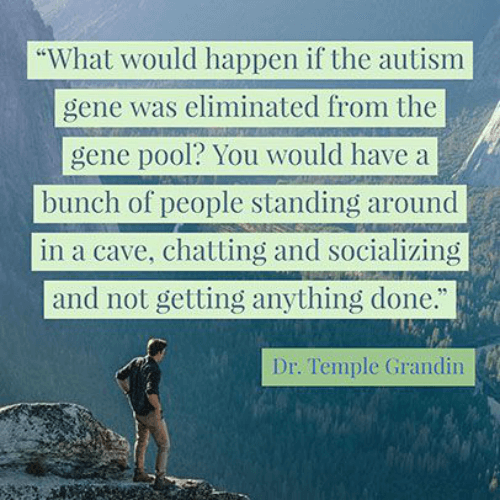 Consider construction work going on in the street as you’re walking along the sidewalk. Couple that with the throbbing of boom-boom music in a car at a red light.

Add to that cell phones ringing and people talking and my heart is racing. I become so anxious I head for home because I can’t think straight. The tumult of everything going on at once is for me excruciating.

I literally can’t think straight. Because I’m overwhelmed. It’s like a physical pain that I can’t free myself from until I get home and close the door on the world. 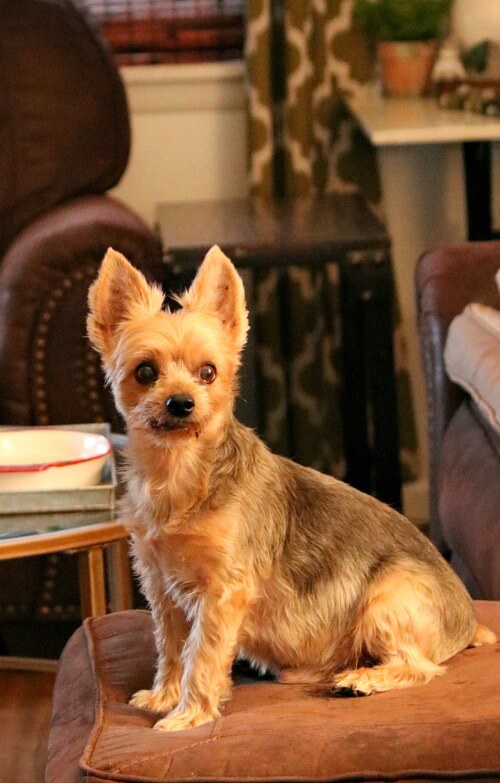 The world is a loud place. There’s no way to tell the world to shut up unfortunately.

So I try not to go places when young children are out of school and liable to be in the stores. There is no way you’d see me in a shopping mall. And the thought of actually working among others in a work place is unimaginable. In fact unfathomable.

It is not just a sound. But the cacophony of sounds. 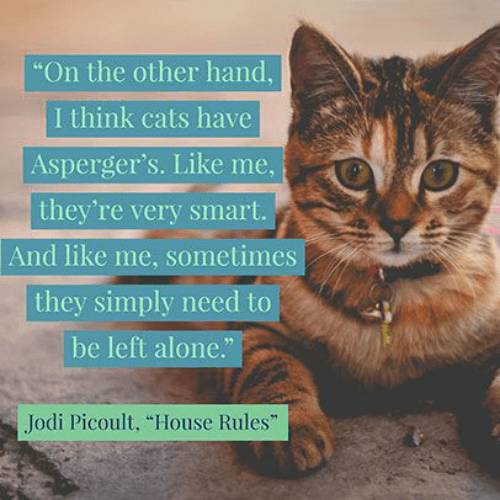 It doesn’t happen often, but under certain circumstances, I will have a meltdown. And it isn’t pretty. For instance, four days after Abi died I was in the vet’s waiting room with Charlie because he was sick.

Being at the vet’s office, which brought back everything about Abi’s death, was overwhelming enough.

The waiting room is small. It was late in the day. Noisy. People checking out, dogs barking. I was already stressed due to losing Abi. 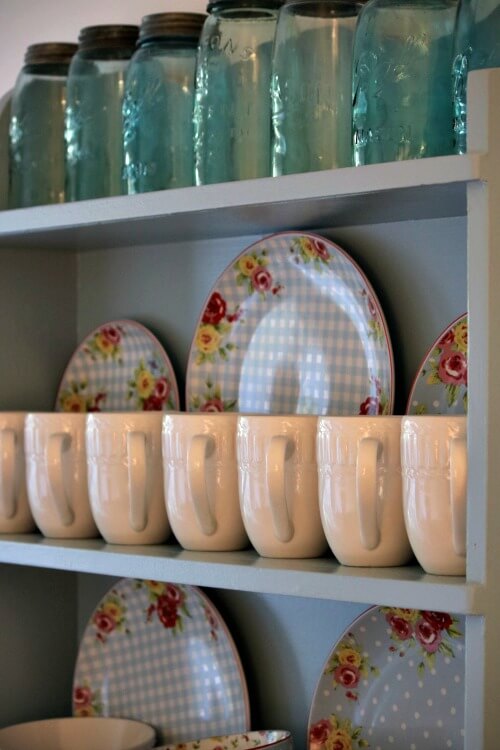 First the facial tics begin. My left eye must look like I’m winking at someone. I can feel it happening, but I can’t stop it. My eye seemingly has a mind of its own.

Then I start pacing. An older woman working there started to come over to me and I put my hands out and shook my head. Don’t come near me.

“Please don’t talk to me,” I said to her, and she retreated, looking like she very much wanted to help but had no idea what to do. There is nothing anyone else can do, you see. And there’s no way I can stop doing what I’m doing.

I was lucky someone who works there has an adult niece with Asperger’s, for she came out and led me to a small room where they keep their records. We went in and she closed the door.

I sat in the chair with Charlie and rocked. Rocking is comforting. When my children were small sometimes I would sit in a bathtub of water in the middle of the night and rock.

Repetitive movements and behavior. The pacing, the rocking, the flapping of hands. 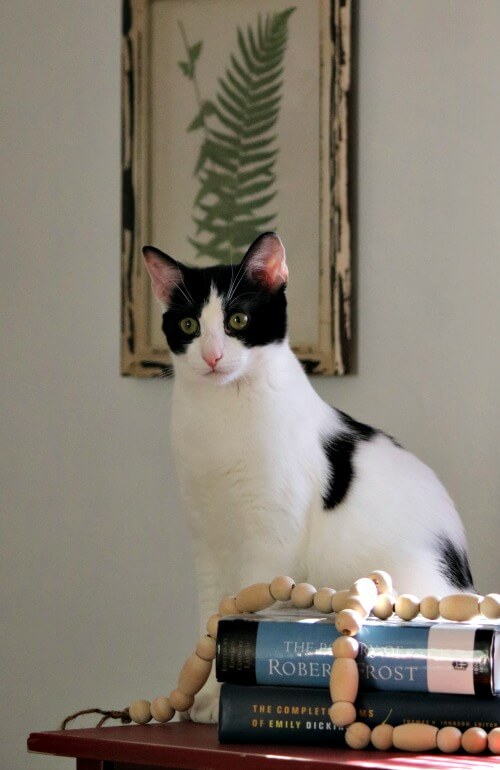 I’m sure it is frightening when you see someone like this and you don’t know what is happening. It doesn’t happen often because I understand the environment that is conducive for me to live and work in.

Remember when I told you about dissociative episodes and the fact that they start with a smell, a sight, a sound.

More often than not it will be a sound that brings them on. I wouldn’t be able to tell you what the sound was, just that the world stopped when I heard it.

So you see the real problem, for the person who thinks I’m alone too much, is not that I’m alone. But that it is the only way I can cope.

And before anyone asks, yes, I take medication. I take antidepressants and meds for anxiety to help me cope. My whole adult life. I can’t imagine trying to cope without them. 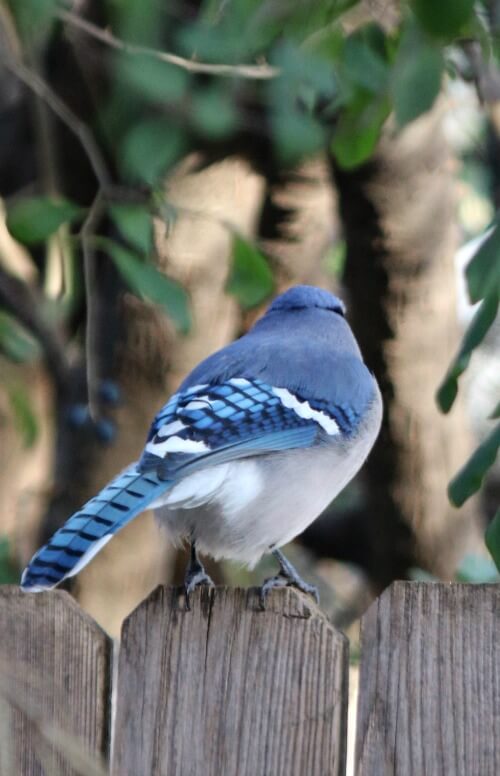 So now I’ll move on to something more pleasant.

On this Monday morning it is rather dark outside. From where I sit here, with Charlie curled up between my lower legs on the ottoman, I can see the bare tree branches beyond the buildings.

They are perfectly still, a rarity in Oklahoma, where the wind often comes sweeping down the plains.

The tree branches look rather lonely, with no leaves to adorn them. But then all that will change in just a few months time.

Until then I will sit here in the silence and keep them company.

“Life is… not about counting the losses and the lost expectations, but rather swimming, with as much grace as can be mustered, in the joy of all of it,” Leisa Hammett