Tomorrow’s Frugal Tip Friday #2 topic is Homemade Cleaning Recipes. You can list as few or as many as you like. We’re going to be budget wise homemakers! 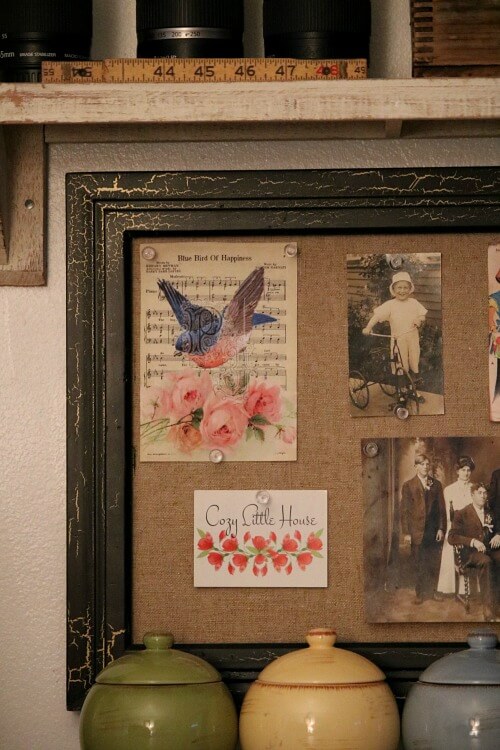 So Pinterest is my thing. About a year ago I went into Pinterest and deleted many of the photos and boards because I was trying to streamline everything. And delete stagnant pins.

Below are what I currently have in the frugal budget category:

I have spent the past week working a few hours per day over on my Lovely Reads page at the top of my home page. The list was getting too long.

So I carefully went over each link and decided which I thought were the best ones. Then I went into HTML and categorized the blog links in sections.

Yes, that’s how much I love you all. I dove into the dungeons of HTML for a week.

I hope this more organized method will be of more use to you. Let me know.

At the beginning of the week, I went to get my hair cut at Super Cuts. That is when I know Jourdan is working. She is the young single mother trying to raise a son with all kinds of health issues. I think he is 5 now.

Anyway, the last time I was in there she had told me about the dog she rescued that has heart worms. She has been saving money to take care of this issue, which is deadly.

She has started the early treatment but is having trouble getting enough money to go the long haul. 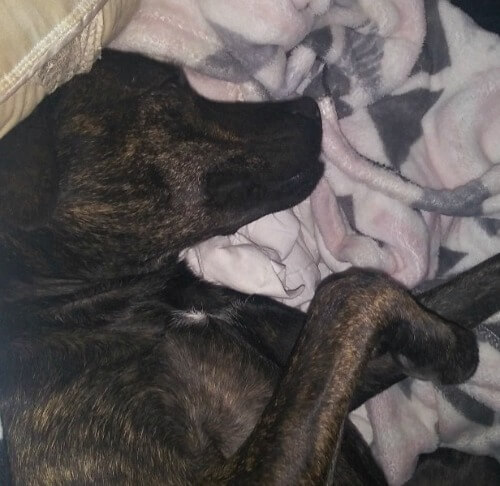 (Photo from Go Fund Me page)

Apparently she had saved quite a bit of the funds needed. Then recently this  Super Cuts got broken into. They stole all the equipment she had.

Do you know how much those scissors and razors and things cost? NOT cheap.

So she had to use the saved money to buy the equipment she needs to do her job.

The manager just quit due to a family health emergency. So Jourdan is now the manager. She got a raise from $7 to $9. I don’t know how on earth she manages to take care of her son on that kind of pay.

So many of you asked if you could help her. I asked her the other day and she already had a Go Fund Me account established for the dog, Jax.

If you’d like to contribute in any way, here is the link: Helping Jax

Something I Picked Up at the grocery store:

I went to the grocery store next to the strip mall with Super Cuts to get a few things Monday. I like to purchase their cooked pulled pork that will provide me with three suppers. It usually costs me between $3-$4. 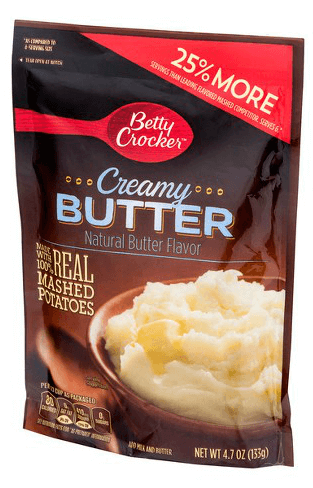 Then I walked through the store to pick up a few other things. I happened to be walking down an aisle and saw Betty Crocker mashed potato mix. It was on sale for $1 each and came in various flavors.

Back in the day (a long, long time ago) I remember buying instant mashed potato mix in a box and it tasted terrible. But what the hey, I decided to try this.

I fixed it for supper with my pork and some seasoned green beans Monday evening. Wow, it was good! I was completely surprised.

I refrigerated it and ate it for three more nights. It tasted just as good warmed up. I have enough for one or two more meals.

So I paid $1 for the potatoes that lasted at least three days. And $4 for the meat, which lasted three nights, plus a can of green beans, I had what I consider a frugal three nights of food. Oh, and a hot roll from Sister Schubert’s.

Normally green beans out of a can taste sort of bleh. But I seasoned them up with some of the seasonings I get from Trader Joe’s, and they tasted much better. I was a happy camper.

Have you tried these instant mashed potatoes? Tasted as good as any I’ve eaten anywhere else. Probably better than any I’ve cooked myself too.

The book I started last night on Kindle:

I started reading “Me For You” by Lolly Winston last night. I love her books. They are funny while at the same time telling tales of woe.

This author knows how to write about the mundane and manage to make it not only interesting, but very witty. 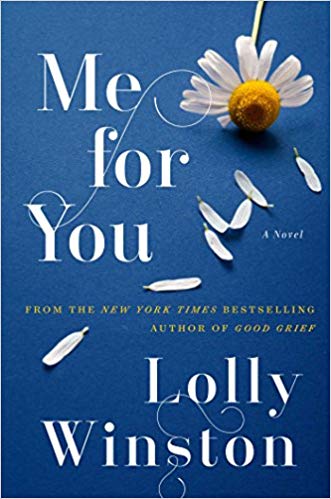 You gotta love a book that begins like this…

Like a fool, Rudy spoke to his wife Bethany for probably ten minutes before he realized she was dead.

I was laughing before I finished the first paragraph. Because I can’t count the number of times I’ve started a sentence about myself with “Like a fool…”

My cat tore up the paperwork. Or my dog ate my homework:

In other news, I’ve been trying to sort out an appointment with a neurologist my regular doctor insists that I see for months now.

This is the one whose nurse practitioner ordered the neck injection. Which I would say finally helped a little bit. But I’ve never actually met the doctor.

You may recall I had an appointment with him a few months ago. After sitting in the crowded waiting room for about an hour, we were told the doctor was running two hours behind.

I got up and left. I couldn’t stand leaving Charlie for any longer for an appointment that was obviously going to take the whole afternoon.

So then I made an appointment for February 5. In the meantime, he had moved. They sent me papers to sign to release my chart, MRI, etc. But I can’t recall if I filled it out and mailed it.

I still have the letter telling me I need to sign a release, but Ivy has torn up part of it. Which leads me to think she might have torn up the rest of it and it is gone.

This isn’t: My dog ate my homework. It is: My cat tore up my paperwork.

But just a bit ago they called me and said I did indeed sign it and send it in. So Ivy just tore up the letter indicating I needed to sign a release.

Yesterday a box from Chewys arrived. Boy, they’re fast. I had just placed the order the day before.

Anyway, I left the box on the floor for Ivy to play with. Do you know what she loves most? The paper inside. 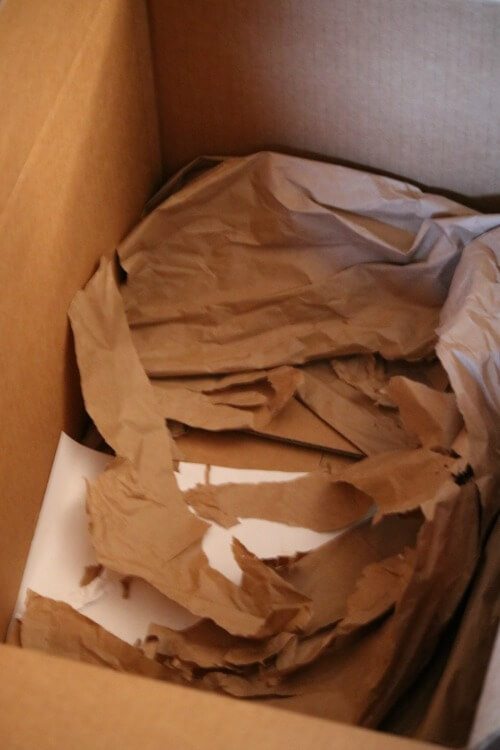 At various times yesterday, and while I was trying to go to sleep last night, I’d hear “r—i—p.” Ivy is a slow ripper. She seems to enjoy the process and tries to make it last.

What’s funny is that she gets about two to three feet from the box and then leaps into the air. She looks like she’s jumping off the diving board at the pool.

She soars through the air and lands in the box with a big thump. And then proceeds to r–i–p.

Then she jumps out and does it over and over again. The box goes sliding across the floor when she lands in it. This apparently gives her great pleasure. 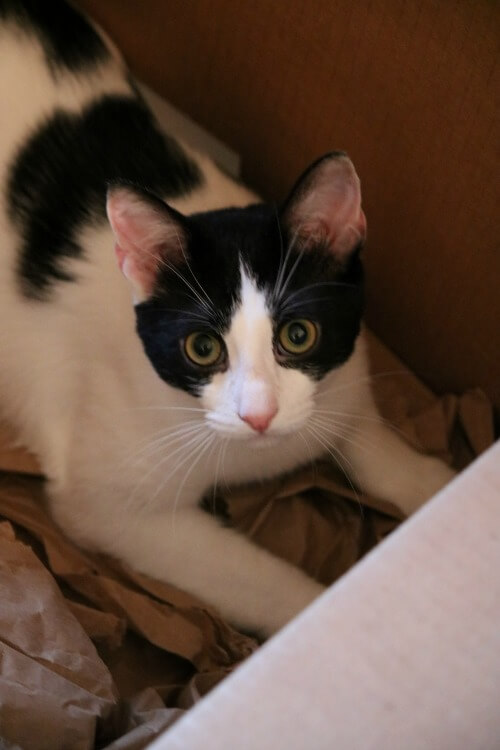 I don’t think Ivy is an ordinary cat somehow. I’ve had cats before. None were like this. Even as kittens they weren’t nearly as animated as Ivy is.

Was I meant to have this boisterous, silly, gets-into-everything cat to distract me a bit from losing Abi? I kind of have to wonder that. I’m not a big believer in things like that.

But Ivy…well, there’s no words to really describe Ivy.

Nathan just came by to get my keys to jump start his truck. He’s sick and going home. I told him to go in the kitchen and look on the shelves he built and grab a can of chicken noodle soup.