Everyone called her the cat lady.

You’ve seen me on the street. You’ve walked past my house, and pointed, and wondered. The cat lady. All on my own, with only my five cats to keep me company. Did no one ever tell you that you can’t judge a book by its cover?

Everyone in town knows Nancy Jones. She loves her cats. And her tumbledown house by the sea. She loves her job in the local school where she tries to help the children who need help the most. Nancy tries hard not to think about her past loves and where those led her.

Nancy never shares her secrets – because some doors are better kept locked. But one day she accepts a cat-sitting request from a local woman. And at the woman’s house Nancy sees a photograph in a bright-red frame. A photograph that opens the door to her painful past.

Soon Nancy doesn’t know what frightens her the most: letting her story out, or letting the rest of the world in. It’s impossible to find companionship without the risk of losing it. But can Nancy take that risk again?

A heart-wrenching and heart-warming story of love lost and found, and of second chances.

Nancy thought she had it all, until she lost it. She found out her husband’s best friend was also his lover. So she moved out and took their daughter.

But then tragedy struck and Nancy blamed herself for not being there when her daughter died. She ended up in a mental hospital.

After a few years she got it back together enough to step back into society. She got a job working at a school.

No one knew her secrets and that’s how she wanted it.

But then, as secrets often do, the story came out. She didn’t think she could face anyone in her life ever again. It served to remind her why she had no friends, no social life. Because that’s how she preferred it. She wanted to keep her story to herself and suffer alone.

Things sometimes have a way of working out, despite the road blocks thrown up. Sometimes things change and one learns that they can finally live again.

This is the kind of book that makes you think about your past deeds and how you reacted to them. Because, as I’ve often heard, it isn’t so much the act itself or what happened as the way you dealt with it.

I understood Nancy’s need for privacy. That she trusted her beloved cats because they didn’t judge her, only loved her. Sometimes it’s hard to deal with people because you don’t know what they’ll think of you. So it is easier just to deal with them as little as possible.

I loved this book. It is a reminder of how we often are our own worst critics. 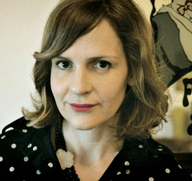 Amy Miller lives in Dorset with her husband and two children. She is the author of seven novels, including contemporary women’s fiction and wartime saga. She writes under the names Amy Miller and Amy Bratley.