I took Charlie to his acupuncture appointment this morning. And I told her about the CBD oil the other vet said maybe I should try, and the acupuncture vet asked if it seemed to help.

I told her I didn’t think so. She told me to stop using it, because they’ve found that it elevates liver levels in dogs. And they really haven’t gotten the studies concluded on whether we should be giving it to animals.

She asked how he was breathing this morning with the thick humidity and rain. I told her he was coughing more. She said that is the heart. So now he is taking a heart supplement.

I told her that nothing seems to help him sleep much at night, even with the Trazadone doubled. So she told me to give him 1/8 of a Melatonin pill, which I take myself and already have.

What I do know is that the acupuncture helps him walk. But it’s hit or miss on whether it helps the cough.

I don’t know if I’m coming or going at this point.

Nathan was just here a minute ago. I went to get him to share some seeds with him. I love to encourage young gardeners in any way I can.

His ex is a vet nurse. He noted that Charlie seems happy and alert. Tongue is pink. He just has these problems, but otherwise is still a happy camper. Doesn’t seem to be suffering.

The vet told me that if I wanted a break, she knows a woman who runs a boarding place for pet parents who are just worn so thin they desperately need a break. I told her Charlie would probably not fare well away from me. She said, “Well, it’s an option anyway.”

When we got home I needed a little lift. So I took my snippers and went out to the patio and snipped some flowers and herbs to bring inside. The first one, which is in a Snapple bottle (I love their peach tea) is cosmos.

Cosmos isn’t a spectacular flower. Looks more like a wildflower to me.

The second is herbs in a mason jar. There is pineapple mint, eucalyptus and lemon verbena.

The third is of course zinnias.

Remember I said I thought I didn’t have anymore moon flowers after I gave Nathan one that came up? Well, obviously I was wrong.

When I went out to snip my little bouquets, I saw a folded up moon flower growing amid the wild morning glories. It is the fence bordering on the alley.

You can see the ones folded up have yet to open. I shall have to remember to go outside tonight to see the show. And if I’m lucky, maybe I can get a pic of one opened up before it gets very light outside tomorrow.

If you’ve never seen a moon flower, it is something you want to see. Huge white flowers bloom at night.

In fact I ordered more moon flower seeds in the seed order that came the other day. Along with hyacinth bean vine, cosmos and various zinnia seeds.

Last night I watched about 3 episodes of Seven Seconds. I think there may be one more, which I will watch tonight. What a suspenseful show.

The guy that plays the detective working with the young prosecutor was in Ozark. And the chief of police in Seven Seconds is the same actor that was also the sheriff in Bloodline.

I wonder if Netflix kind of rotates the actors? Doesn’t matter to me. I think they’re both great actors.

If you haven’t seen this show, it’s about racial inequality, good cops gone bad, and the relationship of those two things when put together. It’s a sad fact of society. Makes for a compelling TV show though. 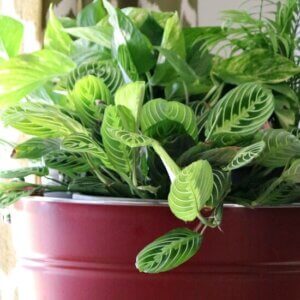