You are here: Home / Life / The Fly That Wouldn’t Die

Yesterday afternoon I cut back herbs that were turning brown in the sun. These are mostly in the blue raised garden bed that gets the most sun.

On the one hand, if I cut plants back I don’t have to look at the raggedness of the browning stalks. On the other hand, they were giving cover to smaller plants. And I doubt they will rebound very fast in this heat.

But I can’t abide a raggedy looking garden space for long. I like things tidy. So I filled a big bag with the stuff and took it down to the dumpster, just as I did the day before.

And there’s so much lemon balm growing up everywhere that eliminating some of it certainly won’t hurt anything.

I cut some flowering plants in pots way back and put them under the table against the fence. That is my “plant hospital” of sorts. I tuck them away until they show signs of reviving while being out of the bright sunlight.

After all this I came in and showered, ate supper and fed the pet babies. Gave Charlie his meds and settled down to watch a Netflix movie. Then I read a bit before I went to sleep.

The whole time I was watching this movie back in the bedroom, Ivy was showing her acrobatic skills trying to catch and kill a stubborn fly.

I spent a good amount of time trying to keep the lamps from getting knocked to the floor.

Ivy jumped and flipped and swung her paws at this fly, determined to get it. That fly was all she had eyes for. It didn’t matter who or what she stepped on, she was going to zero in on this fly.

At one point she knocked the fly into a little wicker basket next to my bed where I keep my Kindle and reading glasses. She kept peering in at it, though it must have been in a little space next to something and she couldn’t directly swipe at it.

But that didn’t stop her. She pawed and pawed inside that basket. Miraculously the fly that wouldn’t die came flying out of the basket and the action continued.

It flew in and out of the lamp shades, which meant I had to be ready to catch them before they got knocked over and broken. But I have to hand it to Ivy, she doesn’t give up.

Finally I got up to get my insect zapper. I guess the batteries were dead. But I finally was able to hit it hard enough to knock it out for the count. Ivy had surely bruised it enough to slow it down.

Lawsy, I’m so glad Ivy is the exterminator she is when it comes to flying insects that terrify Charlie. But everything in my apartment is at risk as she determinedly goes after them.

She is not a petite cat by any stretch. She is a big girl. And everything in her path can get knocked over or broken in her relentless pursuit of the fly.

I finally found a replacement, of sorts, for the toy mouse Ivy so loved that it is now just a patch of fur and plastic. Because I was in the same shopping center as Target where I picked up a few groceries and basics yesterday, I went to Pet Smart.

I couldn’t find the same toy. I think when I purchased it it was already on clearance. But I found two toys with fur and brought them home to her.

Now I see what she is attracted to. She prefers the toys with fur. I suppose they more accurately portray a real mouse.

She seems to have no interest in a stuffed version without fur, regardless of whether it is filled with catnip or not.

Ivy’s go-to toys are her swirly plastic bright colored ones that she bats all over this apartment. She also loves the red and white checked curtain tie-backs that she proclaimed as hers from the very beginning. And she likes toy mice covered with fur.

This morning Charlie and I went to the vet’s office to pick up some of his medications. I wanted him to see that sometimes when we go to the vet doesn’t mean he will be poked at.

Early this afternoon I have physical therapy. Other than that, I’m hoping to stay home out of the heat the rest of the week. Oklahoma will have pretty intense heat well into the fall months. 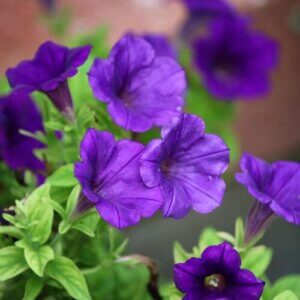