I took some of the zinnias that had turned positively brown and put the heads into a zip lock bag to save for next year. I left the zip lock bag slightly open so they could further dry.

I brought them in and placed the baggy on top of my coffee maker.

Before I know it I see Ivy attempting to drag the baggy up the doggy steps to the couch. Of course I took it away from her, which did not make her happy in the least.

Later as I was stepping into the shower I saw that she’d also taken the baggy into the bath tub. There were seeds scattered around the bath tub.

I went out searching for air purifiers yesterday to clean the air for Charlie. Went to various stores and was told by Best Buy that they were seasonal. I said “How could an air purifier be seasonal? The wind blows dust all over this state 12 months out of the year.”

I had looked online earlier and found a couple I was interested in. The one I have is a Honeywell. So yesterday afternoon I ordered two Honeywell purifiers.

I read the reviews pretty thoroughly. I got 2 for just under $300. They actually came two to an order, oddly enough.

I’m tired of dragging that heavy purifier I have all over the place several times per day. This should take care of the entire apartment and then some.

Even Ivy sneezes in here.

And my allergies have been awful lately.

You can’t believe the dust. I clean it one day and it’s back the next.

I remember when that couple lived next door and the wife was on oxygen. The husband told me that the windowsills in their apartment were layered with dirt and dust every day. And every day he had to clean them.

I hope where they moved things are better for her breathing difficulties.

At one point I taped up the front windows. Of course when I needed to open them for something the glue stuck to the glass and left an ugly mess. That’s about the time I put that film stuff up there from Home Depot and of course it peeled right off within days.

Too much condensation comes through the windows I suppose.

So now I never open the living room curtains or blinds. Too ugly.

Oh well. I can look out my patio doors and see “pretty.” There wasn’t anything nice to look at out front anyway.

While I was sitting at the table eating lunch yesterday I saw Ivy stretch out and reach up over the coffee bar right across from me. Then, she walked herself all the way across the floor with her paws holding her to the galvanized surface. Just like a baby does learning to walk!

She was searching for something to get into.

That was the funniest thing to watch. One step and she’d move her paw down a little. Then another step sideways and she’d move it down again. Maybe she’ll just decide to walk on two feet one day. I have no doubt that Ivy can do most anything she puts her mind to.

Above, Ivy watching light and shadows. And when she’s watching them, often her tail is tap-tapping against the wood. She expresses herself through that tail. Letting you know if she’s upset or frustrated or about to attack.

Luckily there wasn’t anything close to the edge for her to grab onto at the coffee bar. But it wasn’t for lack of trying.

I’ve decided she can also tell time. She knows which time I walk into the kitchen, out of the dozens of times I go in there each day, that she’s about to be fed. I can’t figure out how she does that.

Last night she got into the closet and knocked a bottle over, but luckily it didn’t break. It was on the shelves.

She loves to take her big paw and swipe things off surfaces. Right now my coffee table has nothing on it.

If I put something on the coffee table that doesn’t weigh much, Ivy will likely decide to swipe it to the floor.

Charlie has never in his life destroyed anything. Sweet boy. Ivy was born to hunt and look and get into things I suppose. I laugh at that cat multiple times every single day.

I would have loved to meet Ivy’s mother. Wonder what she was like?

And here’s a photo of Charlie. He doesn’t let me photograph him as much as Ivy does. 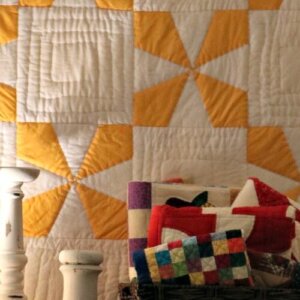 Thinning The Zinnias & Other News