I had all these great shots of the pet babies I took to show you. But darned if I didn’t go to my camera to retrieve them, and found that I hadn’t taken the Sandisk thingie out of my laptop yesterday.

Some days I wonder if I’ll wake up and forget who I am.

Two weeks ago it was bank checks. I only use them to pay the rent, but when I ran out, I knew I had already ordered and received checks. And they were…somewhere.

I always put things in special places. But when the time comes that I need them, I forget where that special place was. I turned this place upside down for two days before I managed to locate them.

I had forgotten that now the checks come in a slim vertical format, not in a box anymore. So that kind of threw me. I knew that when they sent them to me, but of course I had forgotten.

I watched “El Camino” last night. Perfect ending to Jessie getting out of Dodge with a brand new life in Alaska. I wonder if they’ll do another movie about him in this role?

I really hope they do. Because I’ve streamed all the episodes of “Breaking Bad” over the past few weeks and I’ll sure miss those characters.

Jessie was a character that really touched me. Despite his bad boy tough guy persona, he felt emotions deeply. The PTSD he obviously suffered in El Camino had a firm grip on him and probably would for the rest of his life if this was a true story.

What I didn’t get, or managed to miss, at the end, was the envelope Jessie handed the man who dropped him off in Alaska. I have a small TV in the bedroom, so I couldn’t read any of the lettering.

Well I just googled it. It was a goodbye letter to Brock, Andrea’s son. Jessie lost both of the women he’d cared about, Jane to a drug overdose and then Andrea when Todd killed her to pay Jessie back for trying to escape.

Did you know that the man who gave people new identities died this month? He was know as “The Disappearer.” Online it said that that was fitting, because the actor, Robert Forster, basically disappeared into his roles.

He gave quiet performances (for Twin Peaks) and received an Oscar nomination (for Jackie Brown.) He was the kind of actor whose character seemed to always stay in the background. 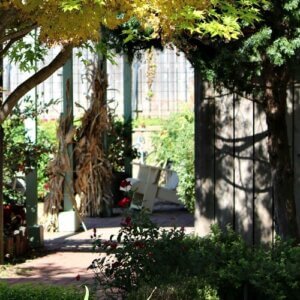 The End Of Breaking Bad & The Newly Opened Restaurant