Amazingly enough it’s still raining. Been raining for the best part of I’d say 50-60 hours. I love the rain but even I’m getting a bit tired of it.

The branches of the overhanging tree are creeping down lower and lower, weighted down by water.

I’m glad I got out and got some photos of Woodward Park the other day because soon after that the rain began.

I watched the last episode of “Breaking Bad” last night. What an amalgam of emotions that series elicited. The movie “El Camino” was starting right after the credits, but I turned it off to save for tonight.

I’d never really watched Bryan Cranston in anything I can recall. But what a superb actor he is!

I know I’ve seen Aaron Paul, who played Jessie, in bit performances before. But I didn’t realize the true depth and emotion to his acting. He gave a sterling performance.

Jonathan Banks, who played Mike, has always been a favorite of mine. The droopy eyed chronically grumpy appearing actor has been in many shows. His first notable film roles were in Airplane! (1980), 48 Hrs. (1982), and Beverly Hills Cop (1984).

I don’t recall ever seeing Bob Odenkirk, also known as Saul Goodman, before. But I know he is in a spin-off series called Better Call Saul. I want to watch that too.

When I googled him, he looked different from the character he played in “Breaking Bad ,” where he epitomized a slimy strip mall attorney.

I didn’t know that he was a writer for Saturday Night Live and won an Emmy for his writing work. He also wrote for Ben Stiller, Dennis Miller, and Late Night With Conan O’Brien. But it makes sense as you can clearly see his sense of humor coming through in his Saul character.

Did you know they just opened a Breaking Bad restaurant in LA?

From the Los Angeles Times: The Breaking Bad Experience, a restaurant themed after the show, is opening Oct. 16 in West Hollywood. The highly Instagrammable restaurant includes re-created sets from the show, including a prop Winnebago that leaks blue smoke, as well as Heisenberg sliders and loaded “Saul-sa” nachos served by people in hazmat suits.

It’s at 7100 Santa Monica Blvd. in West Hollywood. Here is the link: The Breaking Bad Experience. 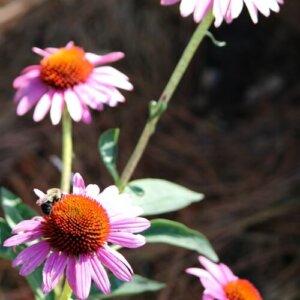