Kendra came by yesterday afternoon after meeting with the guy she hires to help her with structural details on her flip houses, and fixed the cord to my fountain.

She brought her drill and figured out a way to disguise the black cord while still allowing a way for me to unplug the fountain and take the whole thing indoors come winter.

I had ordered this roll of rubber stuff that was the closest color I could find to the wall wood. It is 5 feet long.

She drilled screws into one side of it and left a gap where I could reach in and take the cord out. The rubber was not at all flexible, so this was the best solution.

It’s not the greatest fix aesthetically. But it’s all we could think of for now.

Here you can see it a little better. If I had paint to match the wood, I could make it look much better.

This wood has not been painted in probably 20 or more years, so I don’t know if they have any left over for me to use, but I will ask.

I have three wind chimes hanging fairly close together. One is bamboo, one is sculpted metal from a local artist and the other is made up of shells. I can’t recall what the last one is made up of though I know you all have told me at one time.

All three together make the most beautiful music.

Then Charlie and I went for a drive with her. She had just purchased a 2018 Tahoe over the weekend, which will be much better for her to carry around things for flip houses than her Audi sedan.

She drove me to the newest flip house to show me where it was. She had to pay quite a bit more for this one. Seems houses for sale in the areas she desires are scarce right now.

Construction on it began in 2014 after a generous gift from the George Kaiser Family Foundation. Gathering Place is the largest public park in the country built with private funds.

I think she said this flip house is a two bed, one bath. And she has decided she can probably turn it into a three bed, two bath house, which will be more desirable to buyers. It has a tiny sun room that is only 70 square feet. She said she could lengthen that and turn it into a nice sized laundry room.

The kitchen poses some problems, as it is small and she can’t just knock the walls out on this one as she did the last one.

But she will work her own form of magic and make it beautiful for someone to buy and live in, as she always manages to do. She astounds me in her ability to see a crumbling mess of a house and look beyond to what it can become months down the road. 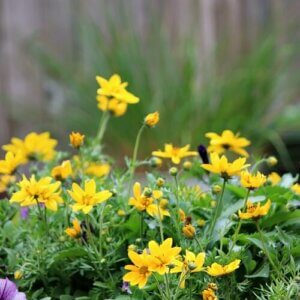