You are here: Home / Life / A Possible Perfect Storm

I feel uneasy this morning, just as I have all week due to the rally planned for tonight. This whole thing has the potential to be the perfect storm.

Crowding thousands of people in a closed space during a pandemic is not a good idea. It is a dangerous idea. A disastrous idea.

Oklahoma cases of COVID-19 rose by 450 on Thursday. There are more cases in Oklahoma County than anywhere else in the state.

People have been camped out downtown for about a week waiting for this rally, many from out of state.

There was a curfew set by the mayor, but he was talked out of it. Why on earth would anyone concerned be against a curfew, I wonder?

Some businesses have boarded their windows and will not be open, I suppose because they fear the violence that may ensue. I don’t blame them.

The National Guard has been called in. The whole town is on edge.

Some Tulsans tried to block this rally as infections are on the rise.

The CDC has said, unequivocally, that this is the highest risk event for transmission of the virus.

Oklahoma State Health Department figures show 54% of the new cases in the past two weeks were with people 35 and younger. Older citizens have been cautioned to stay home.

The age group most vulnerable to serious illness and death, those 65 and older, had the smallest percentage increase in cases from June 3 to 17, according to the Health Department data.

I just hope the people attending the rally stay far away from the black district known at one time as “Black Wall Street,” where the Tulsa Massacre took place.

Three hundred people were killed then and naturally it is a very touchy subject in this city.

I wasn’t going to write about this today. But Tulsa is my home. I live about 10 minutes from the location. The BOK where this is being held is about 8 miles from me. I live in midtown and the event is downtown.

A rally amidst a pandemic seems like a disaster waiting to happen to me. Tulsa officials tried to stop it but were unsuccessful.

I’m all stocked up on food and my gas tank is full and I won’t be going out unless I absolutely have to.

I am worried because I live here and that’s the gist of this post.

I fear for my city. I fear for the citizens living here and especially those living downtown in the area of the rally. And for the businesses downtown if things get violent tonight.

If you are poised to write a negative comment about this, please just keep it to yourself. I have reason to be worried. 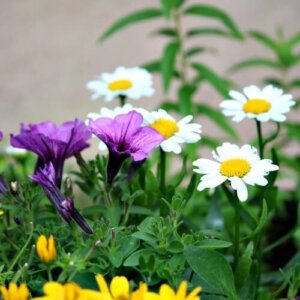