I just got off the phone with Kendra. She said they’ve been enjoying lots of fresh carrots and tomatoes. She planted her veggies earlier than I did so her plants were way ahead of mine. This is her first garden so she should feel proud of her efforts.

My tomatoes are still not quite the size of a dime yet. But there’s lots of them on the plant. Which is now within 3 inches of the fence. Yes, I guess it grew 3 more inches overnight.

She wanted to know if I would like to drive to Kasi’s, which is about 10 or so miles away, to take her lunch. Remember she had surgery on her wrist again yesterday afternoon. Since Kendra’s recently had surgery herself, she isn’t supposed to drive.

But I was up all night again with Charlie, and I’m dealing with a bout of sciatica which is on my right side and thus affects my driver’s foot. So she said she’d have her boyfriend take her. That would probably be a safer bet.

As she had surgery herself less than 2 weeks ago, I would just feel better if he drove her.

He’s a public defender and in court this morning but will be back home soon. I guess even during a pandemic the wheels of justice continue to grind.

I finally broke down and took a muscle relaxer a few minutes ago. Probably should have taken one last night but I didn’t.

Whatever creature Charlie smells apparently goes away during the day. But he can still pick up the scent and often wants out and won’t come back in.

Going out every few hours at night to pick him up because he won’t come in isn’t easy when the sciatic nerve is inflamed. But I never leave him out there on his own.

In other news, something is still eating at my plant leaves.

The clematis vine has slowed down its blooming. This always happens as it gets warmer.

The yellow rose has pretty much ceased putting out blooms though I fed it recently with organic fertilizer. It doesn’t seem to care for the heat either.

Someone asked what fertilizer I use. If I use any at all, I use these organic fertilizers: Tomato~Tone for tomatoes, Rose~Tone for roses, and Flower~Tone for flowers. The company that makes them has been around since 1929.

I managed to follow through with cleaning the refrigerator, which had been on my to-do list. For some reason it’s one of those household tasks that least enthuses me. But I got it done.

Today I need to run a couple of cups of vinegar through the washer. Though some may think the washer has to be clean because it’s always cleaning, it actually isn’t. It has a build up of scum and laundry detergent.

They say to follow up with baking soda if you want to do a super duper job, but I haven’t gone that step yet.

Here is the recipe for cleaning your washing machine. But I’ll go ahead and run through the steps here anyway.

How To Clean Your Washing Machine With Natural Substances 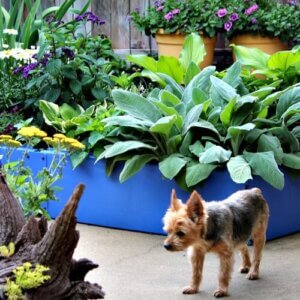