Yesterday it was so hot I had to water my containers three times. I would look out and see plants withering in the heat.

I thought getting most of my plants off the concrete onto plant caddies would help with that. But the problem is, we went from cool to suddenly very hot. Yesterday it was between 90-100 degrees from morning to mid-afternoon.

Here are my little cherry tomatoes beginning to turn. It’s hard to take a photo of them in the midst of all the leaves.

I started putting together a bookcase I ordered yesterday afternoon. Not a bit of it was already put together to give me a head start so it was kind of a nightmare.

I have a hard time with directions. I’m always getting things backward. My back was hurting when I got down and sat on a pillow to work on it. What ensued was three hours of painstakingly screwing in all those screws only to realize I had things backward and had to take it apart again.

I bet I read those instructions 50 times. I see it one way and it actually goes another.

Finally I knew my back could not take much more and called my daughter to see if 16 year old Riley might come help me.

It said on the box that it would take two people to put it together, but I thought putting a wedge on one side would be like another person holding it. Of course I was wrong.

I was at the end pretty much. But that entailed having someone stabilize one side while the last part was tightened.

I had taken it apart several times so the manufactured wood was coming apart where the screw holes were, but I was determined to work around that.

When did they come up with “manufactured” wood? Just say fake wood, advertisers. It isn’t at all wood. It is a jumble of a mess. And it falls apart easily.

So Riley gets here and we finally get the thing together and at least someone was here to help me turn the whole unstable bookcase over in order to put the cardboard backing on it. I think if I’d tried to flip it over by myself it would have fallen apart.

At that point I’m barely able to move so Riley attached the backing and we stood it against the wall, holding our breath for fear the whole thing would crumble before our very eyes.

He’s a bottomless pit of a hungry teenage boy, so he drove us to pick up takeout for supper. And I told him to stop at the gas station and at least let me fill up his car.

His mother had spent hours in a car waiting on one of her chihuahuas to get her shots earlier in the afternoon, as they won’t let you inside. She was very nervous because Lulu last time had a very bad reaction to the vaccinations.

So they apparently gave her something and waited thirty minutes before they gave her just one vaccination. Whatever they gave her first, hoping it would keep her from having a reaction, did not work.

Kendra gets her home and goes outside for about thirty minutes, comes back inside and sees Lulu in trouble again.

So she rushes Lulu to their vet to wait in the car all over again. Remember she just had surgery herself less than two weeks ago. But you know how important our pets are to us.

She calls me and says if Riley is finished eating please tell him to go home and be with Thor, the other chihuahua, because he has major separation anxiety with Lulu gone.

I was glad I’d at least fed Riley so she would have one less thing to worry about.

I was like a robot walking by then, my back seizing up with every step I took. Every single night I spend hours applying ice and then heat to my neck down to the lowest part of my back. Then I apply ice to my ankle and wrists.

I decided last night the whole thing would be much easier if I ordered more than one ice pack. I like the ones with Velcro that you can wrap around and keep in place. I guess today I’ll order another ice pack.

Well I have to get Charlie to his acupuncture appointment. The vet said she might have to do a laser treatment like she did two weeks ago, which is $75 a pop. And then you add about $70 for the acupuncture.

But I know it helps Charlie and I’m willing to not spend my money some place else in order to make him feel less pain. 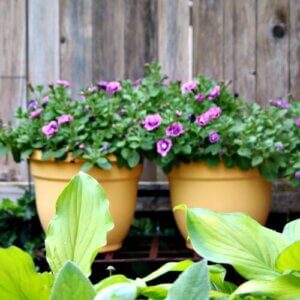