I will be eating cucumbers from my garden soon.

It has surprised me that the cucumber plant that grew from a seed looks so much better and healthier than the plant I bought at the nursery.

The cucumbers on the plant from seed have bigger cucumbers growing on it as well.

The leaves are huge. They are about a foot wide so I’ve scooted other plants over by the cucumber plant so the big leaves will help shade them from the sun.

The peppers are quite tasty too. They’re not hot peppers, thank goodness.

Last night I ate a simple supper (wild rice, beans and corn) and added some cherry tomatoes and a pepper from my garden.

I took a plastic baggy of fresh veggies over to Kendra’s house for them to enjoy a few days ago.

I have dozens of cherry tomatoes growing and ripening each day. Last year my tomato plant (not a cherry tomato) fizzled out before I got to eat one tomato.

I’m going to make a note of how well the cherry tomatoes have done and get one next year. I will look for seeds next time though.

I have honeybees. This is the first year I recall seeing honeybees in my garden.

Did you know that Oklahoma designated the honeybee as the official state insect in 1992?

The honeybee is recognized as an official state symbol in twenty states, primarily because honeybees play such an important role in agriculture.

Honey bees are super-important pollinators for flowers, fruits and vegetables.

The honeybees love to burrow into the middle of the daisies and zinnias.

I have all kinds of moths and butterflies. Occasionally I see a blue dragonfly, but I haven’t been able to get a photo of it yet. The birds are proving illusive too.

I have zinnias growing at various heights.

When I thinned them out when the plants were just a few inches tall, I took the seedlings I pulled out and moved them without much thought into various pots and the raised bed. Wherever I had room.

And I’ll leave you today with a token photos of the pet babies.

I wonder what Charlie is thinking as he gazes toward the patio door?

Ivy looks snug as a bug in a rug. Whatever did she do before I ordered her this sturdy cat tower?

Just wish I had gotten her one sooner.

I recall trying to pick one out for her. I knew which company I wanted to order from, because they used wood instead of cardboard.

I just didn’t know which one she would get the most pleasure out of. And since they’re over $100, I wanted to pick wisely. I debated for weeks before I chose one.

I need not have worried about this one. She adores it and spends most of her time in and on it and jumping through it. I think she’s maybe lost a little bit of weight from all the exercise too. 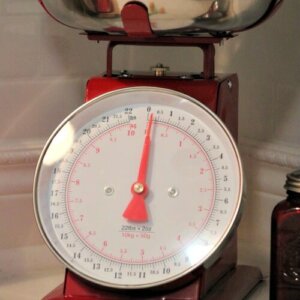 New Red Items For My Kitchen