I can’t believe I went in for eggs a week ago but came out with everything but eggs. Well, yes I can.

The Importance Of Routine:

Because I asked someone who worked there where they’d moved the pimento cheese and he took me to it. It was on past the eggs. So I forgot to go back and retrace my steps.

When I go into the store, I walk down the rows in a certain order. Fresh fruit/vegetables in the produce aisle. Then turn left and there’s the eggs.

Move on down a few feet and there’s the yogurt, which I always seem to need. Then on down is the coffee creamer and almond milk.

Disrupt my routine and I’m “off.”

Same with my routine at home. I follow a pretty rigid routine because that’s reassuring to me. Because I like things in a certain order and so I rarely vary that routine.

People with Autism/Asperger’s need that. For things to be in order.

The world is disruptive enough and that routine is calming and gives you a map of what to do when.

An Instance When One Thing Was Said & I Heard Different:

One day Kasi called me to come over to get her after she’d had her first wrist surgery and before she could drive again.

I was taking her lunch, but she called me early because her husband had forgotten to give Andrew his medication before he went to daycare. So she needed me to come early, she said.

Well, I hadn’t written my post for the day yet. So I started to write it, because to me come early was a fluid concept. She didn’t say how early.

You have to be concrete with me because I don’t operate well in the gray areas.

When I called to tell her I had finished writing my post and was on my way, she was more insistent. Bordering on anxious.

I said “Why didn’t you say immediately? Not early?”

What she said made sense then. But it wasn’t how my brain heard it at the time.

So then I felt bad and went racing across town the 10 miles to their house and screeched into the driveway.

Andrew got his medication.

The Wrong Or Right House Instance:

Then there was the other time I was taking lunch to her several weeks earlier. I had not been to their house in probably four years. She always comes here, as I live in the middle of town and am close to things.

I drove past their house that day I don’t know how many times. Because I thought I remembered where they lived. But something was off.

I drove and drove around and kept coming back to it. But no, somehow I was sure this couldn’t be the same house.

Naturally my cell phone battery had run down. So I had to drive all the way home with her favorite now cooling Chinese food to call her.

What I Saw In My Mind:

Seems I had been to the right house all along. The difference was that the Japanese Maple had grown over the sidewalk and the other landscaping had grown a lot in four years.

She asked me why didn’t I just come to the door anyway.

In my mind that couldn’t be the right house because it wasn’t the house I saw in my mind. I had not allowed for the landscaping being overgrown.

And I don’t like to go to strange people’s doors. That means having to talk to them.

If you know someone on the autism spectrum then none of this is new to you. They tend to have certain patterns and rituals. Order is what sustains them; keeps them functioning.

Frustrating for everyone else, yes. But maintaining a certain routine is what works best for them. 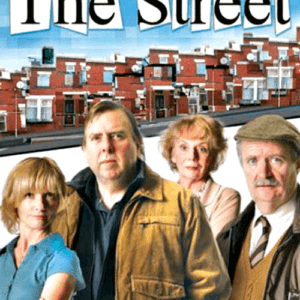