Someone commented that they’d recently signed up for BritBox. And wanted recommendations for what shows to watch.

Every episode deals with a different family. But you’ll see neighbors from previous shows in some of the others.

Each episode deals with a problem someone who lives on this street is having.

I told you the other day how much I enjoyed “The Victim.”

The show follows Anna Dean, who believes her nine year-old son was murdered by Craig Meyers, a 13-year-old boy.

It was 15 years ago, but since the boy who killed her son was so young, she can’t find out who he is. And she still wants justice.

Don’t forget “Vera.” It’s a bit confusing because you may see some of the Vera episodes on BritBox and then others on Acorn TV and no telling where else.

I still haven’t found all the episodes, but I keep getting distracted by other shows to watch.

Another thing you’ll notice is that you might watch one show and then see actors from that show in another one. This is quite common I’ve found.

I also liked “The Fall” with Gillian Anderson and Jamie Dornan. Remember she was in the X-Files.

This crime drama follows Stella Gibson, a detective investigating a series of murders involving young business women, and a seemingly loving father who she believes killed them.

Last week I watched “A Confession” which was based on a true story and is a new show.

It’s about a detective trying to put away a man who killed various women. His inability to turn his back on this case ultimately ends his career.

Another favorite of mine was “Line Of Duty.” This crime thriller is about the investigations of AC-12, a controversial police anti-corruption unit.

I really enjoyed the seasons of Scott & Bailey as well. It’s about two very different female detectives who are teamed up together. And much of it is about their lives away from their job.

For you fans of British TV, what are some of your favorites on BritBox and/or Acorn TV? The reader who just signed up for BritBox would like your recommendations.

I tend to watch crime shows, but I’m sure many of you choose to watch other types of shows. 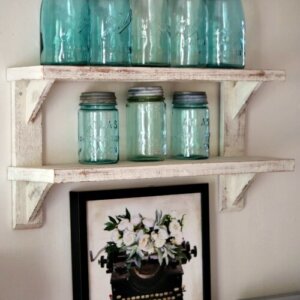