The gray curtain of clouds part every now and then for the sun to shine through. Then it becomes gray again and rain pours down.

This morning Charlie went out into the rain and wouldn’t come in. I couldn’t figure out what he was doing out there. Finally he came to the door and I toweled him off.

I don’t know what Ivy is trying to get to.

She stretches her long self out and if she grows anymore she might just be able to reach the ceiling.

Don’t you think she’s slimming down a bit? She should be. As she brings a swirly toy to me at least twice a day so I will throw it and she can run fetch it.

She always comes back to me looking so proud of herself. She either drops the swirly toy into my hand or onto the floor where I’m sitting. Then she crouches down and waits for me to throw it again.

Yesterday after I dropped Charlie off at acupuncture I went into the grocery store to get the eggs I’d forgotten last week. Charlie sure loves having his daily egg. Now I give him half an egg a day.

While in the store a man and his 3-4 year old child were walking toward me. A woman who worked there was stocking shelves on that aisle.

I said: “I think you’re going the wrong way. The arrow points in the other direction.”

He said: “I don’t really think it matters.”

After he pushed his cart past the woman stocking shelves, I heard her say: “It matters to me.”

Well of course it does! She’s probably making $10 an hour or less and there’s a reason they have arrows pointing the way down the aisles.

What Is Going On In This Country?

What is wrong with people? If they don’t care about themselves, can’t they show some respect and compassion for the workers who stock the shelves so they can buy groceries?

And how about the child walking along beside him?

The woman was one of those unfortunate people who don’t have much of a choice but to go out and work among the public every day.

I’m proud to say I taught my girls to respect others, help others and show kindness.

The people in this country need to wake up. Unless we do as other countries have done and follow simple rules and wear a mask, this thing is never going away. It will just keep finding hosts to infect.

Think Of The Children:

Our children want to go to school and play sports. But it will take the adults to lead the way and make this world a safe place for them again.

Put on your damned mask and follow the arrows in the store, I want to say to people who flaunt the rules. It’s for their own good.

If it didn’t matter, they wouldn’t have put the arrows there in the first place. Show some common sense and respect, I want to tell them.

Yet I very rarely see anyone out and about here in Tulsa wearing a mask.

Scientists are now saying you should also consider goggles or eye shields in addition to wearing a mask. 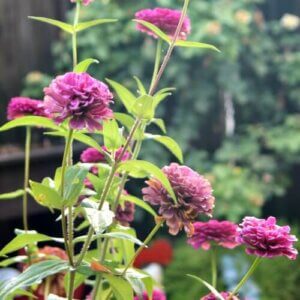