Last night Ivy was laying on her tummy next to the refrigerator pawing underneath it.

This happens several times a day. It means she’s knocked her swirly toy underneath.

She will stare me down and follow me around until I fetch the yard stick and start digging around underneath attempting to get the toy for her.

So I start digging underneath the refrigerator with the yard stick and out comes this:

Her swirly toy had gotten caught in something underneath the refrigerator and got unwound. Part of it broke off. It was ruined and no longer salvageable.

Ivy stood and stared down at it, seemingly perplexed. Then she pawed at the small piece that had broken off.

I explained to her (yes, I talk to my pets like they’re people) what had happened.

That her swirly toy had gotten caught on something and was now broken and of no use.

And if she’d stop knocking her swirly toys under there, this would not happen.

Here she is with another swirly toy. A yellow one. They are beloved in this household.

I picked the ruined blue swirly toy up and put it in the trash.

Wrong thing to do. Ivy immediately became upset till I dug it back out of the trash.

“It’s ruined, Ivy,” I told her. “It will no longer roll like it’s supposed to. Why do you want this?”

Oh well, but she did. Want it. Her broken toy still meant something to her.

I went in the bedroom where I keep a good supply of swirly toys in a drawer and gave her another blue one.

She wasn’t having any of it. That was NOT her blue toy that I got out from under the refrigerator. She wanted that one whole again.

This went on for awhile, Ivy looking glum and halfheartedly pawing the broken swirly toy around. She still has it. Won’t give it up.

But this morning she brought me the new one I gave her last night and wanted to play fetch, so I guess her broken heart is starting to mend. 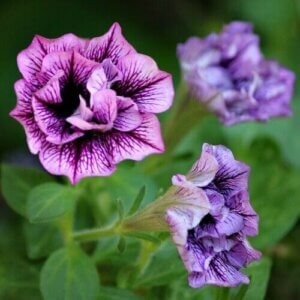