Ivy received her KitNipBox yesterday in the mail. It comes once a month. They always send about 4 toys and several packages of kitty treats. Different kinds each time.

I like this company because it donates part of its proceeds each month to rescues and shelters.

When I saw it setting in the mailbox yesterday I said to Ivy: “You’re KitNipBox is here, Ivy.”

She is curious when I bring it in and open the box. She knows this is hers and she becomes excited.

I put it on the couch where she had been napping and she immediately started digging it at the toys. I got up to get the scissors because she was having a tough time with the bulk of the cardboard the toys were each connected to.

I cut the tags off and Ivy digs around in the box and chooses the largest of the toys, one that makes weird sounds when you shake it. It’s at least a foot long and furry.

That one is her favorite at the moment. She immediately took it and tried to jump up to the top of her cat tower with it. But she kept dropping it. So I put it up there for her.

She’s had a great time with that long furry toy this morning. She jumps in and out of her cat tower holes and drags it with her. Then she will leave it on the floor and jump at it like it is a mouse or something.

Below she has it in the middle part of her cat tower and is pawing at it.

Do you recall the first night Ivy came to live here, which was October 2018, she somehow found this curtain tie back and it has been one of her favorite toys ever since. Some time ago she found the other one and put it in her toy box too.

I guess she must have found them in one of my closets somewhere. Why she likes those curtain tie backs is a mystery to me.

She has been playing with that silly furry toy all morning. I have never had a cat that will play as much and as long and enthusiastically as Ivy.

I just looked up from typing this and she’s now asleep at the top of her cat tower. I guess she wore herself out.

When that cat tower arrived she timidly crawled to the top of it along the sides. Now she just makes a flying leap and jumps up there. At least she’s getting good exercise.

Meanwhile Charlie sniffs around at the toys. He’s never played with toys or I would get him his own box.

“Meh”, seems to be his reaction.

He must think she’s taken leave of her senses with how acrobatic and animated she gets with her toys. He just looks on with wonder. 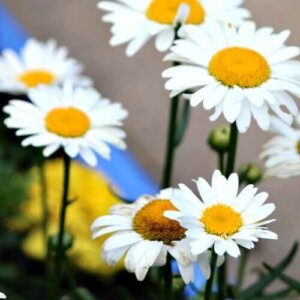