Since I got the cat tower for Ivy and play fetch with her most days, Ivy has been losing a bit of weight.

She jumps up to the top of that cat tower with the ease of a leopard in the jungle leaping into a tree.

And when she brings me a swirly toy to play fetch, she runs after it with all she’s got.

Often she slides right into the furniture. But this does not deter her.

It’s funny. When she strolls back to me with the swirly toy in her mouth, she looks like the cat that ate the canary. She looks really proud of herself.

She strides toward me with finesse. Like she’s practiced for this moment all of her life.

Watching Out The French Doors:

Ivy loves to sit at the French doors and stare out at the bird bath that is just a few feet from the door. She gets really excited when the sparrows all swoop in at once.

I suppose that equates to Ivy TV. Plus the water fountain is just on the other side of the glass, so she can watch and hear that. Ivy loves water.

Because she gets so much exercise now, she really values her naps.

And just for old times’ sake, I looked up photos of Ivy when she first came to live with us.

This was October 2018 right after she became part of our family. Charlie looks like he’s caught up in a hostage situation.

“Whatever have you gotten us into?” he seems to be saying as he stares at me.

But he was a good sport about it as we watched Ivy and her endless shenanigans.

As long as she didn’t touch him. Which to this day she still attempts to do now and then.

He snaps at her and she rears back and stares at him as if he’s gone off his rocker.

Please indulge me for a little trip down memory lane. I take lots and lots of photos of my babies.

Being the proud mama that I am, of course I have taken lots of photos to share with you.

Ivy Taught Me To Play Fetch:

She loved those swirly toys from day one. And she plays with them more than with any of her many toys.

These are what she brings to me to play fetch.

She is into everything. And she will pick something up and drag it off if she can.

For the first months Charlie still had that “deer caught in the headlights” look.

I have not been able to create one single vignette without Ivy deciding to rearrange things more to her liking.

The below photo was when I began to notice that Ivy was obsessed with watching tree leaves scuttle about.

Ivy became Charlie’s heroine when he saw her catch the flies that so terrified him.

Ivy immediately infused this home with humor and joy.

From the very first night when I woke up to go to the bathroom and found that she’d crammed a dead cricket into the toe of one of my slippers, I knew we were in for quite a ride.

And let me tell you, there’s still never a dull moment with Ivy around. 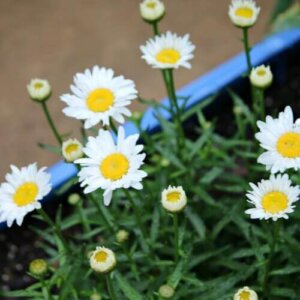 Sharing Some Interesting Finds With You