Karol Ann and Chris DeLong had always planned to retire out in the country. But they never thought they’d end up living in a barn.

They bid on a property in tiny Santa Fe, Tennessee for a 83-acre piece of land complete with an old farmhouse, a smokehouse, a chicken coop and a rickety barn. And they won.

They called in a designer, but quickly saw that a top-to-bottom farmhouse renovation was going to become the proverbial money pit.

Then Chris came up with Plan B while he was clearing out the barn’s hayloft.

He said he was looking out this giant window and saw the sunset. The next thing he knew, he told his wife and the designer about his vision.

He said he thought they needed to live on top of the barn.

“I climbed up some crazy ladder, came through a hole and, as soon as I saw the ceilings and the crosslight, I knew it was a no-brainer,” Karol Ann said.

Once they made sure it was structurally sound, they began cleanup and then construction on the barn renovation.

They salvaged wood from the smokehouse and coops. The barn’s original floors had to be replaced, but they didn’t let that wood go to waste. They used it on the walls.

The designer tried to figure out how to maximize the living space into a fixed footprint. Her job was to fit a kitchen, bathroom, closet and laundry into the space, but she didn’t want to lose the symmetry of the columns.

“It was a giant jigsaw puzzle,” she said.

The wood for the kitchen cabinets and hood came from the old chicken coops. It was all thoroughly cleaned.

“There were people in here for weeks with wire toothbrushes scrubbing away,” Karol Ann said.

The couple had to figure out how to downsize from more than 7000 square feet to 1400.

Storage space is at a premium as there are only two closets. So the couple decided to built custom extra-long bedside tables out of wood mined from the smokehouse. They’re also used as dressers for extra storage.

All of the doors throughout the loft came from the old farmhouse. Blue paint refreshes the living room’s vintage door.

Chris had spent many childhood years rocking in the turquoise antique glider that belonged to his grandmother, so they brought it along when they moved.

They added barrel tables and book fair signage from the 8th Avenue Antique Mall in Nashville.

I hope you enjoyed this tour of a barn’s hayloft that was turned into a home for a couple of empty nesters. 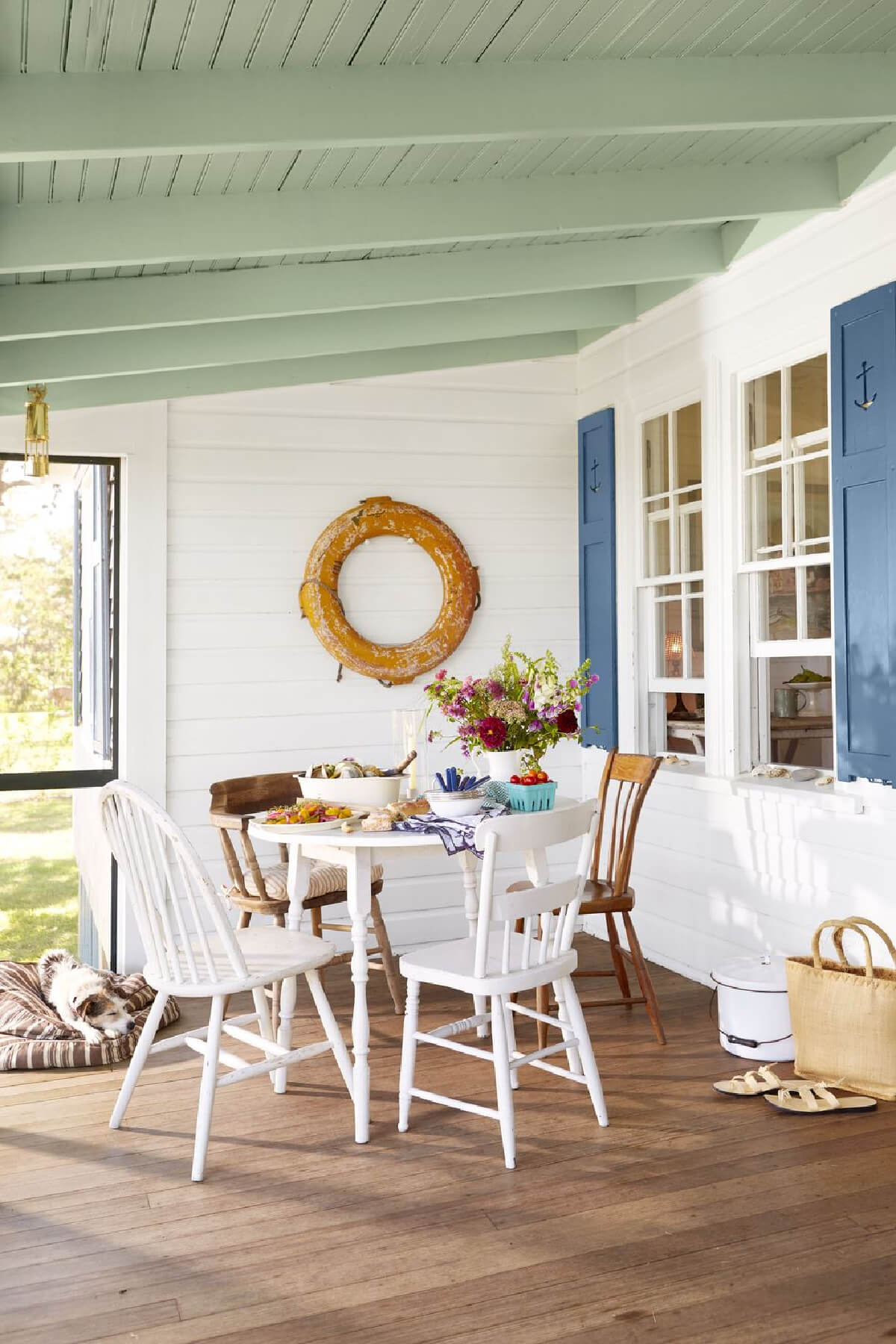 This Martha’s Vineyard beach cottage is not just one home. There are three cottages on the site of “Chappy”, as the locals call it. There is a trio of tiny 1930s structures that were once used as guest cottages, but were being sold as a single unit. When Phoebe and Mike bought it, they were…

Today we have the first in my small space living series. Kris of Junk Chic Cottage has sent me photos of her gorgeous little cottage and answered questions that I think you will find interesting to read. Isn’t this little house adorable? I would move into this home in a heartbeat. They took a dull… 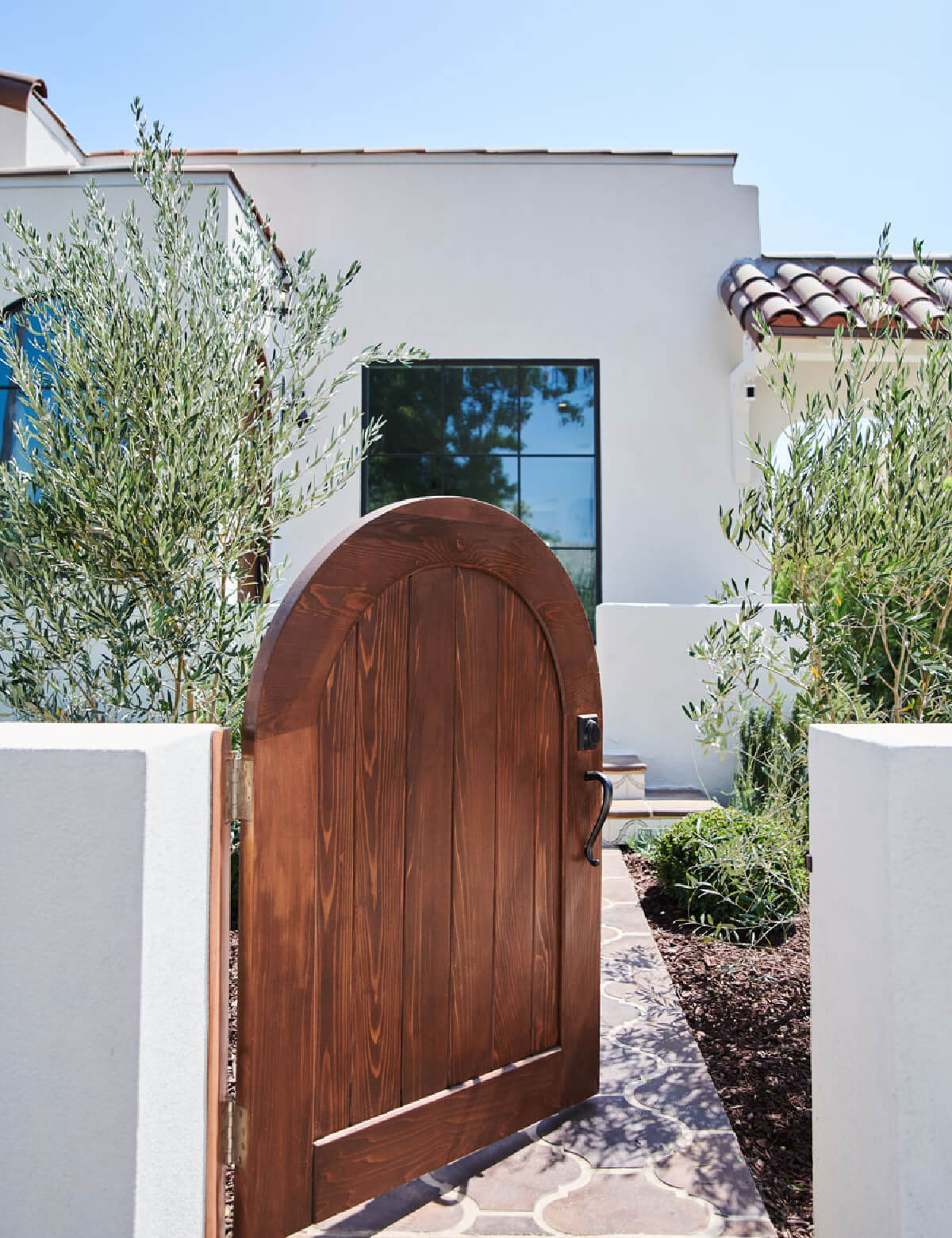 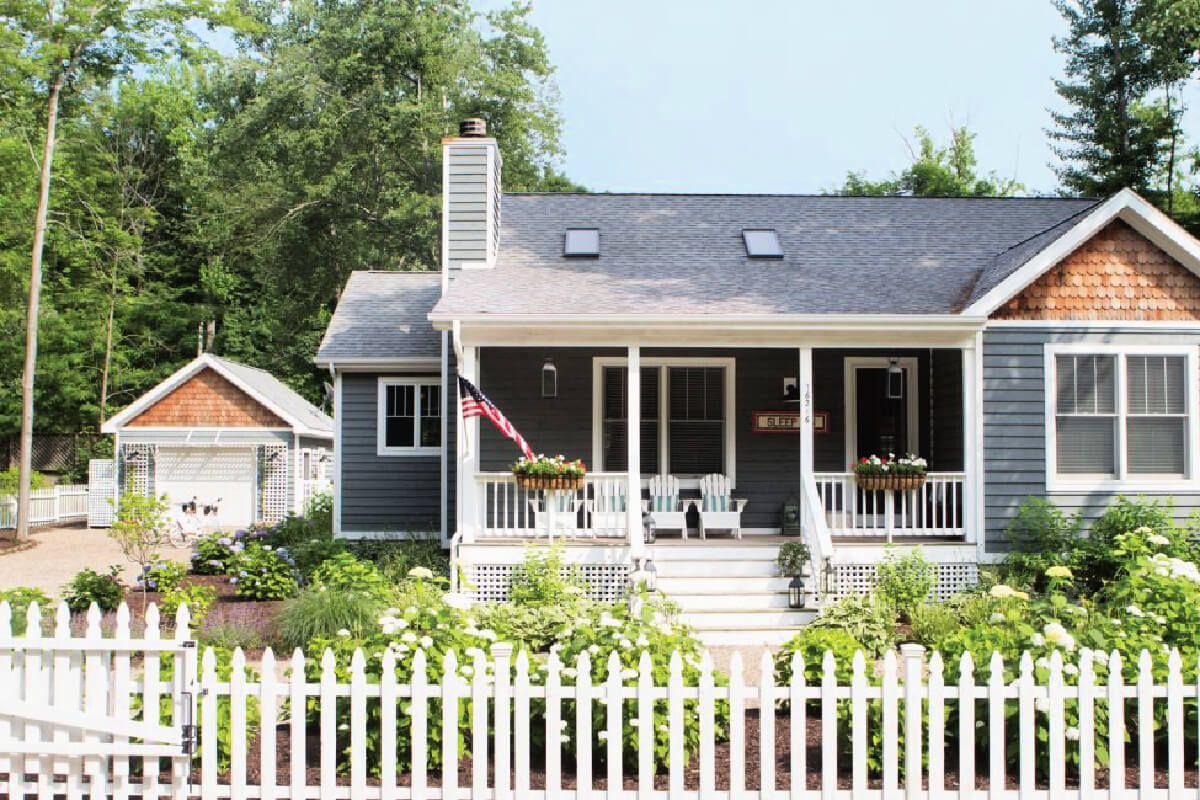 Betsy Glass and her husband bought this lakeside charmer in 2012. Already Betsy could picture it becoming her dream home. It was a model home before, so the walls were bare and plain, and the front yard was just dirt. Betsy, a landscaper and interior designer by trade, looked forward to the opportunity to make…

A brand new farmhouse with a big sprawling porch sits one block off Main Street in a lovely Georgia town known for its turn of the century charm. Lauren and Brad Crouch discovered the perfect lot to build their home and the house blends right in with its neighbors. It has lots of modern amenities… 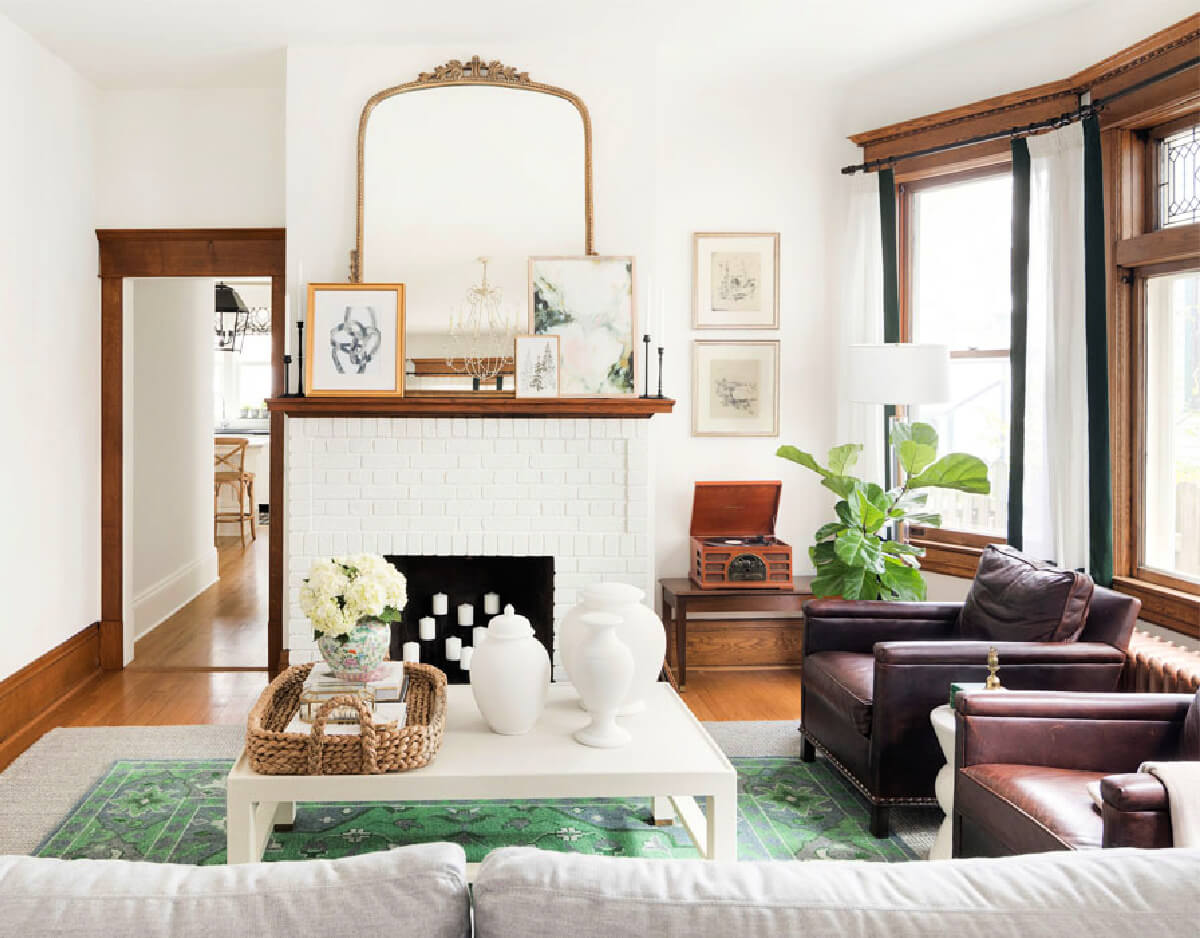 In a historical home you expect to see lots of classic original woodwork . Perhaps what you don’t expect is the modern touches added during the renovation. But that’s what you will see on this home tour. Amanda Kessel and her husband found this home while taking a walk through a St. Paul, Minnesota neighborhood….