I don’t know what is wrong with Ivy. The first week Gracie was here, Ivy didn’t want anything to do with her.

Then they began playing and running up and down the hall for the next couple of weeks.

Then the trouble started.

Ivy began to hiss and growl and make weird noises every time Gracie went anywhere near her. Then Ivy began to jump her like a schoolyard bully. Seeing Ivy on top of Gracie is like seeing a huge SUV on top of a Prius.

Is this normal cat behavior?

Some nights it wakes me up when Ivy’s going through all her repertoire of noises. Spitting, hissing, and growling.

This is all a big worry to me. What happened?

Earlier this week I emailed the mobile vet, Gabrielle, and told her what was going on.

What The Vet Had To Say:

She responded with this: It may be that the kitten has become more comfortable- more active and assertive which Ivy may see as a threat. As long as it is not escalating into a fight and the kitten submits to Ivy, they may work it out on their own.

I would try to give them their own space as much as possible so you can limit forced interactions. You could leave Ivy’s stuff where it has been. But set up a separate area for the kitten with a litter box, bed and food and water so they don’t have to compete for any resources.

I responded to her email asking if it would be wise if she came out to check Ivy? Could Ivy be hurting and lashing out due to pain?

Dr. Fielstra responded with this: Since it is behavior very specific to the kitten, it is more likely behavioral rather than medical. I would continue to praise her when she is being calm and only intervene if you think she may hurt the kitten.

Maybe also give her a break for a while every day where you separate the kitten to a bedroom and give Ivy more space.

So today I guess I’ll move Gracie’s litter box from the walk-in closet where it is fairly close to Ivy’s litter box. Put it somewhere else in my bedroom. And hope I don’t get woken up, as I have before, with the smell of Gracie’s stinky poop.

She still hasn’t quite figured out the whole covering poop with litter thing. But she’s getting a little better about it. And they already eat in separate rooms with me nearby.

I will see if this makes any difference.

It’s hard not to scold Ivy when she’s being a bully because she’s much bigger. I praise her when she lets Gracie pass by her without being aggressive.

A Stray Cat Hanging Around:

Another thing, there’s been a stray cat hanging around my front window and door. Could Ivy be smelling that cat and could that be exacerbating this problem? Or causing it?

Any suggestions are appreciated. 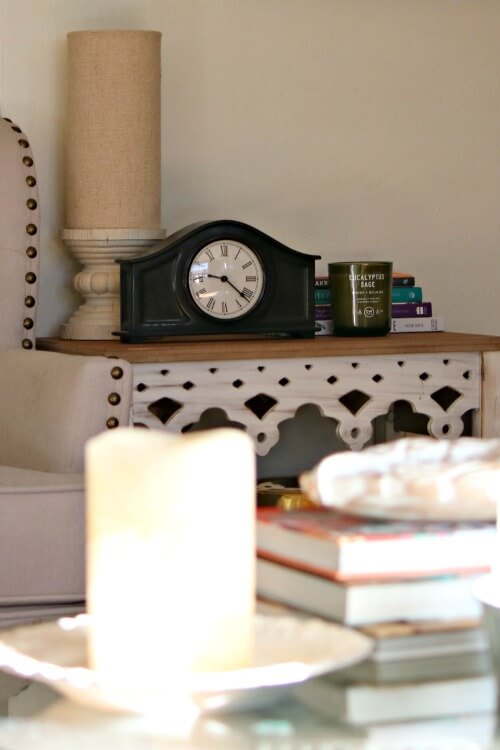 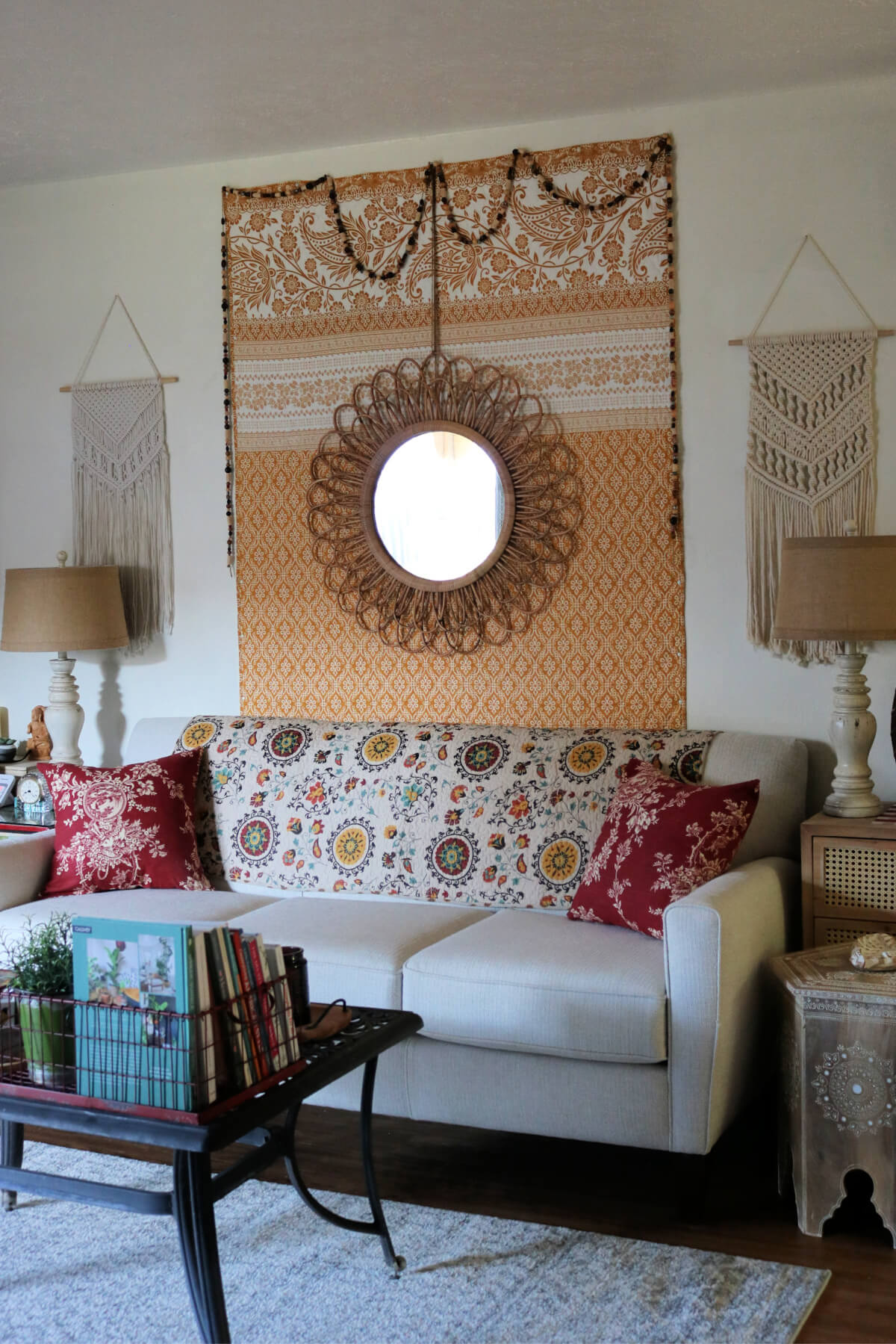 For Mother’s Day, my daughters ordered two new couch pillow covers for my couch. I picked them out on Etsy. They have more of a French cottage style to them I think. Plus they look good with my window curtains. This makes the room look more eclectic, which is an easygoing style. I looked for… 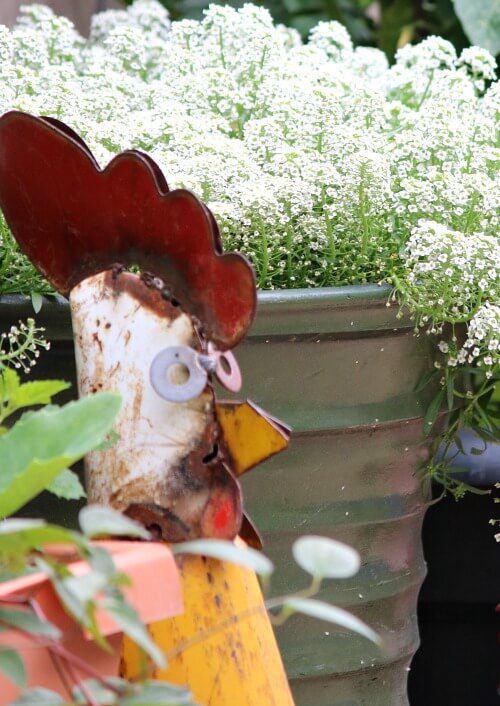 Deputy Rusty Rooster watches over the patio, keeping all the critters in check. Of course there’s also the bigger blue rooster behind the galvanized container garden, which I just call the blue rooster. Not a very inspired name I know. Maybe I need to come up with a better name for the blue rooster. Any… 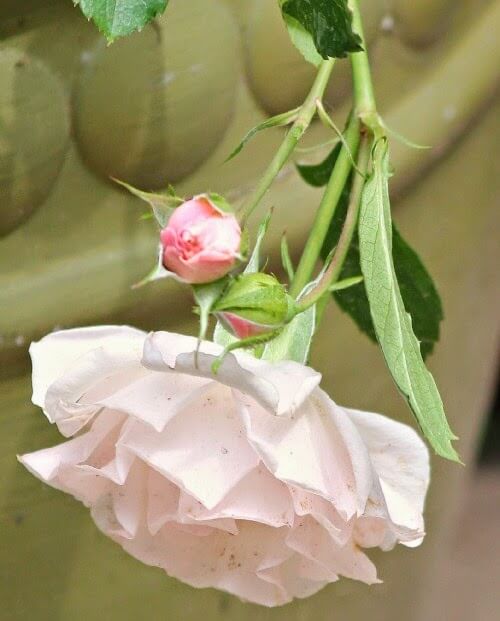 Let me tell you about a crazy thing that happened yesterday afternoon. Something I know I will laugh about down the line. I was boiling four eggs. I like to eat two boiled eggs sometimes for lunch and so I cook four and then refrigerate the other two. I ended up on the phone, and… 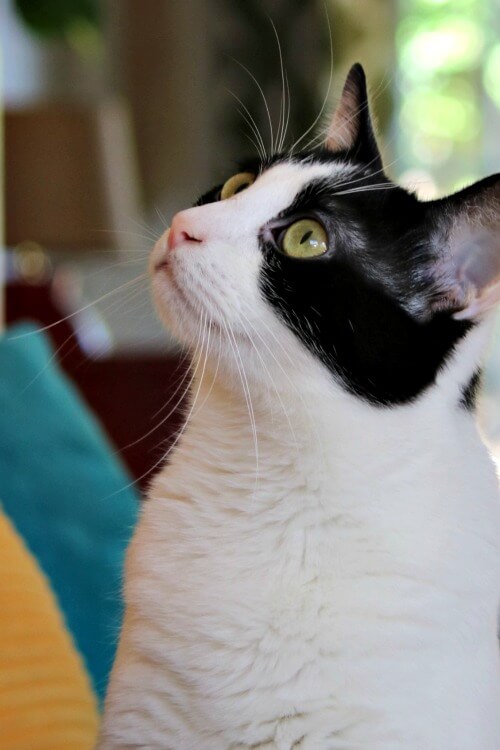 Ivy often displays odd behavior. Yesterday she climbed into my chair where she balanced her long body both on the side of the chair and in my lap. She is not a lap cat. Nor does she like to be held or picked up. This was a bit strange, the length of time she stayed… 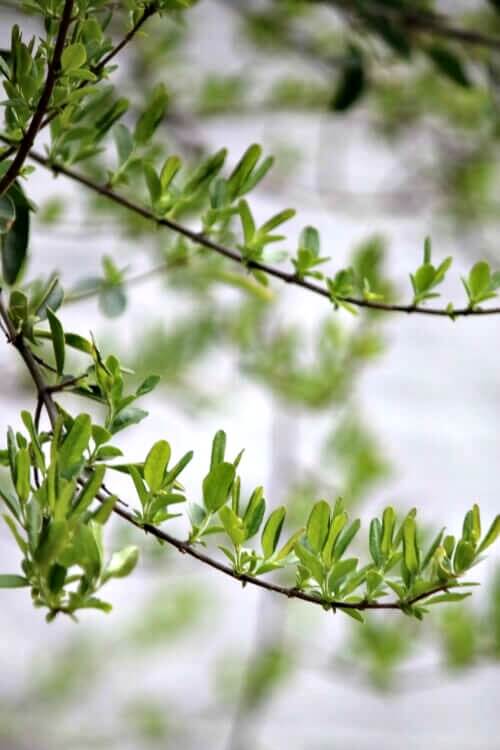 Every day I walk out on the patio and see more growth in my containers. The tree that hangs over my fence is filling out nicely. It’s April 1, folks! Unless the weather gets crazy and it snows, I can begin planting in 2 weeks! This year I had quite a bit of plants come…