This morning I’ve been thinking about aging and forgetfulness. The day began with Steve calling me, somewhat confused because he couldn’t find his car keys to go work out at the YMCA.

Yesterday, after spending the entire day at the University of Tulsa volunteering for the blood drive, he came home, got my keys, and checked our mail. The mailboxes are just outside my front door.

He brought my mail inside, which is almost always stuff that goes in the trash because I pay my bills online, and went home.

So after he called, I wandered around my apartment looking for his keys. Luckily, I found them almost right away. They were on top of the mail I hadn’t even glanced at yet.

I don’t keep my mailbox key separate or I would probably lose it. He’s been lucky so far because he does keep his mailbox key in another place.

As I get older, I know that I am more forgetful. And confused and turned around, as my granny would say.

This is the main reason I don’t carry cash around with me. Because I tend to lose it. It’s safer for me to just use a card.

For some reason, I haven’t lost the credit card. Yet, anyway. And that’s a miracle in and of itself.

Although now that I think about it, I recall that I did once leave it at the grocery store a few years ago. And went into a panic because I wasn’t sure exactly where I lost it.

It was right there at the store, with the woman who had checked out my groceries, and I immediately calmed down.

The crisis was averted once again.

So, you may ask, is forgetfulness just part of aging?

Forgetfulness can be a normal part of aging. As people get older, changes occur in all parts of the body, including the brain.

As a result, some people may notice that it takes longer to learn new things, they don’t remember information as well as they did, or they lose things like their glasses.

How often do you walk around your home looking for your reading glasses, and they’re right there on top of your head?

At what age does cognitive decline begin? This might surprise you.

The brain’s capacity for memory, reasoning and comprehension skills (cognitive function) can start to deteriorate from age 45.

That may be why Kendra is forgetting things so often now. And lamenting about it to me. Or it could be the stress she’s always under trying to get houses renovated and on the market.

Lapses in memory can certainly be frustrating. But most of the time they are not cause for concern. Age-related memory changes are not the same thing as dementia.

As you grow older, you will experience physiological changes that can cause glitches in brain functions.

It takes longer to learn and recall information. You’re not as quick as you used to be. It’s as simple as that.

When memory loss becomes so pervasive and severe that it disrupts your life, you could be experiencing the warning signs of Alzheimer’s, or another disorder that causes dementia. Or it could be a condition that simply mimics dementia.

But don’t jump to that conclusion simply because you find yourself forgetting things.

Oh, and how about all the people who walk around carrying their cell phones in their hands? How many of you do that? If I go out, I carry mine in my handbag.

But if I did carry it in my hand, I’d probably misplace it every other day. I just know I would because I try to multitask all the time. And sometimes my brain does not keep pace with my movements.

Anything not attached to my body, like my head, often inadvertently gets lost. And I’m running around looking for it like a chicken with its head cut off. (Another of my granny’s sayings.)

It’s kind of like a record on the record player that gets stuck in one place and repeats itself over and over.

I get stuck feeling apprehensive and I can’t get the needle moved back into its rightful place.

Also, Steve could be apprehensive about his trip. He and his son are going on a vacation in a few weeks. They are flying, and there’s all this talk about problems at the airport.

I told him I wouldn’t fly anywhere for a million bucks.

You know, I never liked flying. Well, it’s not the flying that gets me. It’s all the chaos before you get on the plane that does me in.

I get confused easily enough. A trip to the airport is high on my list of “don’t do’s.”

Traveling probably doesn’t upset most people. They probably find it fun and exciting.

But I don’t like going places overnight, and my uneasiness builds up for weeks before the event actually occurs. I don’t like sleeping anywhere but in my own bed.

A vacation for me is not what a vacation should be. It’s more of a nightmare.

New place, a different bed, and certainly not my usual routine.

Routine grounds me. It keeps my head on straight. Well, as straight as it will ever be.

A blogger I know, Amy, wrote last week about this group on Facebook that I joined but haven’t given much attention to yet. Her blog is Ms. Toody Goo Shoes.

I know she’s probably told the story of why her blog came to have that name. But of course, I’ve forgotten it!

Anyway, her post was called View From My Window: A Different Way To See The World. Amy often writes about travel. Now, this kind of travel I can get behind!

In Amy’s Own Words:

View From My Window is a public group on Facebook. Anyone can join, pending approval by the administrators.

The group began on March 23, 2020, by Barbara Duriau, a resident of Amsterdam,
just after the Coronavirus pandemic caused the entire world to enter lock-down mode.

Her thought was to connect ordinary people by sharing pictures of views from their homes during this global isolation.

“From backstreets to boulevards, parking lots to snow-covered mountains, muddy puddles to pristine lakes. From the mundane to the glorious, VFMW is just someone’s little corner of our world.“

The idea is a simple one. Just take a photo from your window and share it with the other members.

It could be someplace fancy and exotic, or a clothesline in someone’s backyard. Or a view from a yard, a porch, or a terrace. Wherever your boundaries were while isolating.

That day, Amy actually had a lot of possible contenders for adding a photo on the group. She lives in a beautiful condo by the ocean. And she has a home in New Jersey with the prettiest landscaping.

Go take a look at the photos she was thinking about using. Every one of them are gorgeous.

The Idea Was A Huge Hit:

All who joined were isolated in their homes during the pandemic, yearning to go out and about. They were people from all over the world wanting to connect with other people and travel to other places.

And what a wonderful way to travel! Right from your comfy chair, you can see the whole wide world. No airlines, no lost luggage, no confusion!

As Dr. Seuss said in one of the most popular Dr. Seuss books of all time: “Oh, all the places you’ll go!”

So if you want to travel the same way, via the internet, go check this group out.

Just think, you may be seeing Budapest this very afternoon. Or any place else you’ve wanted to visit and haven’t been able to.

I find myself writing more and more about aging. If you want to read more of my posts on this topic, click here. 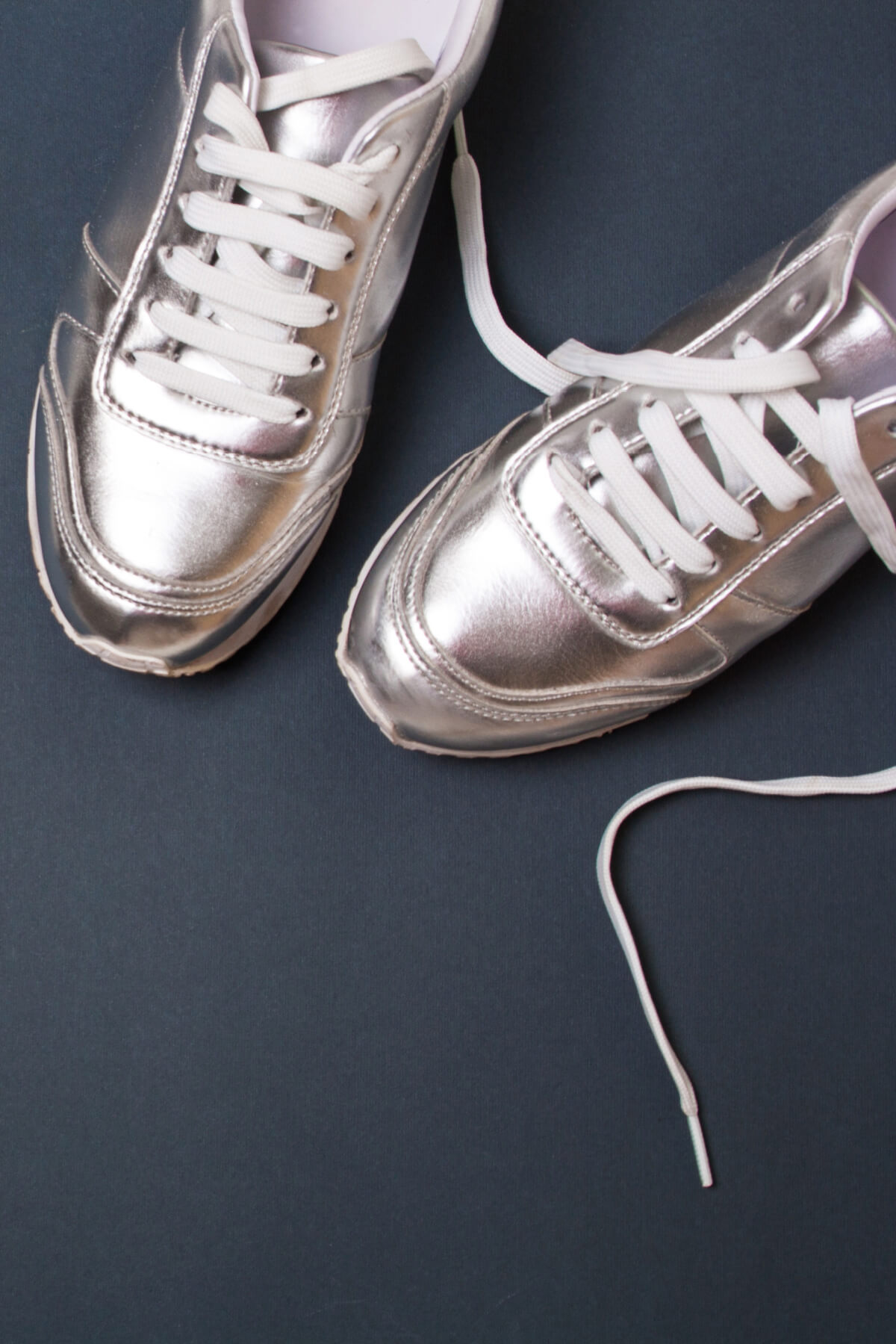 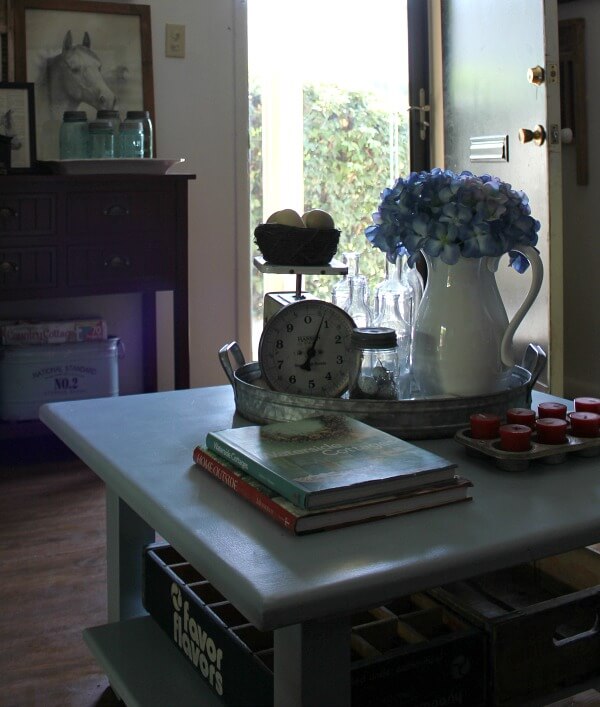 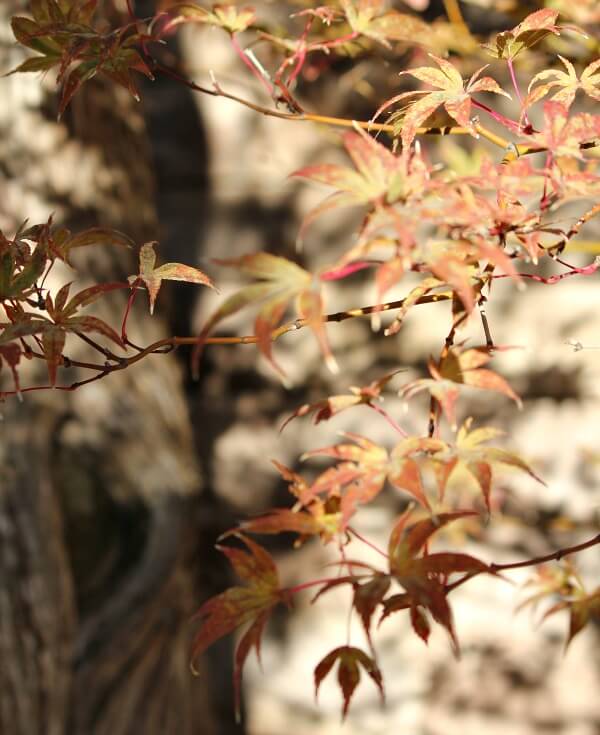 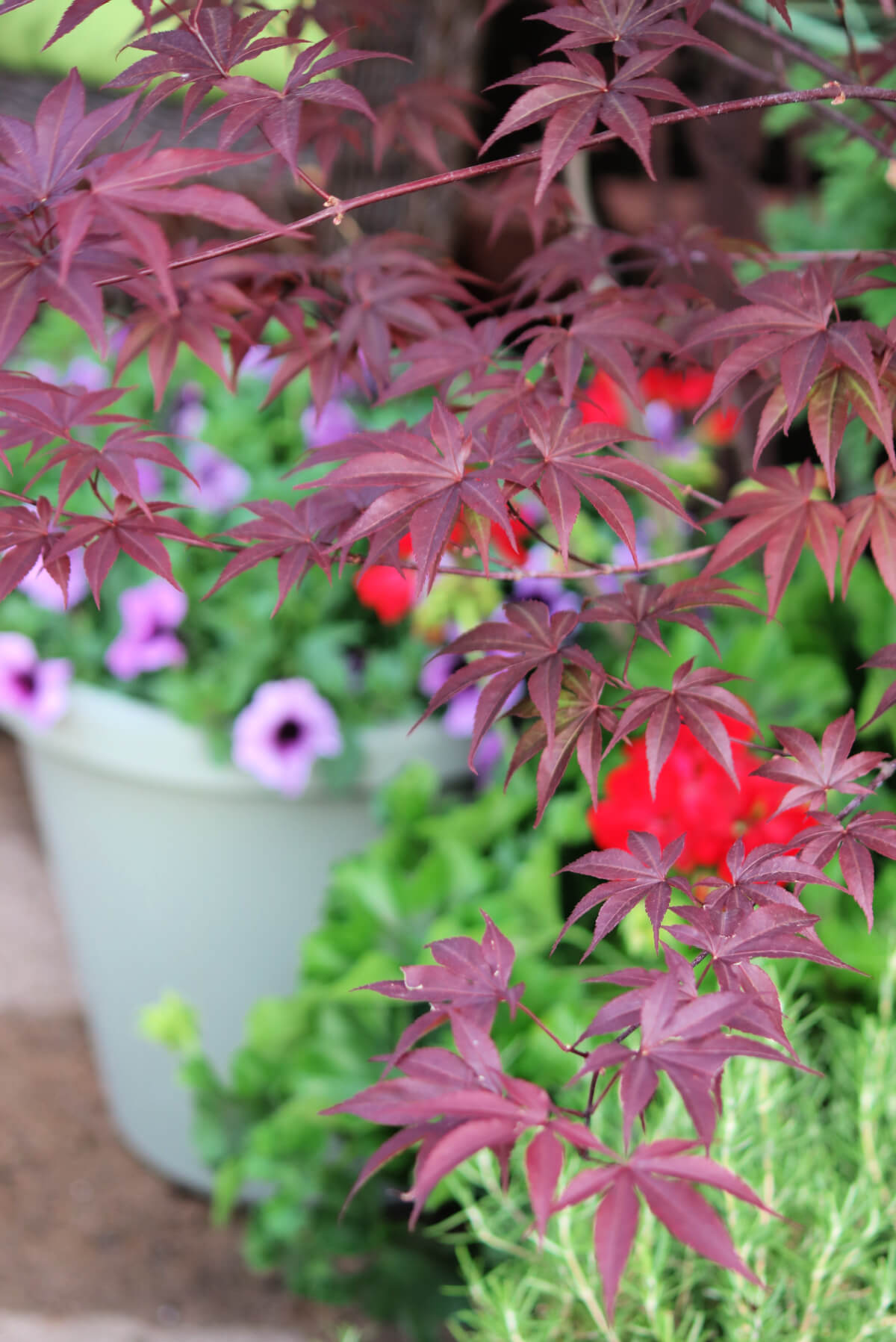 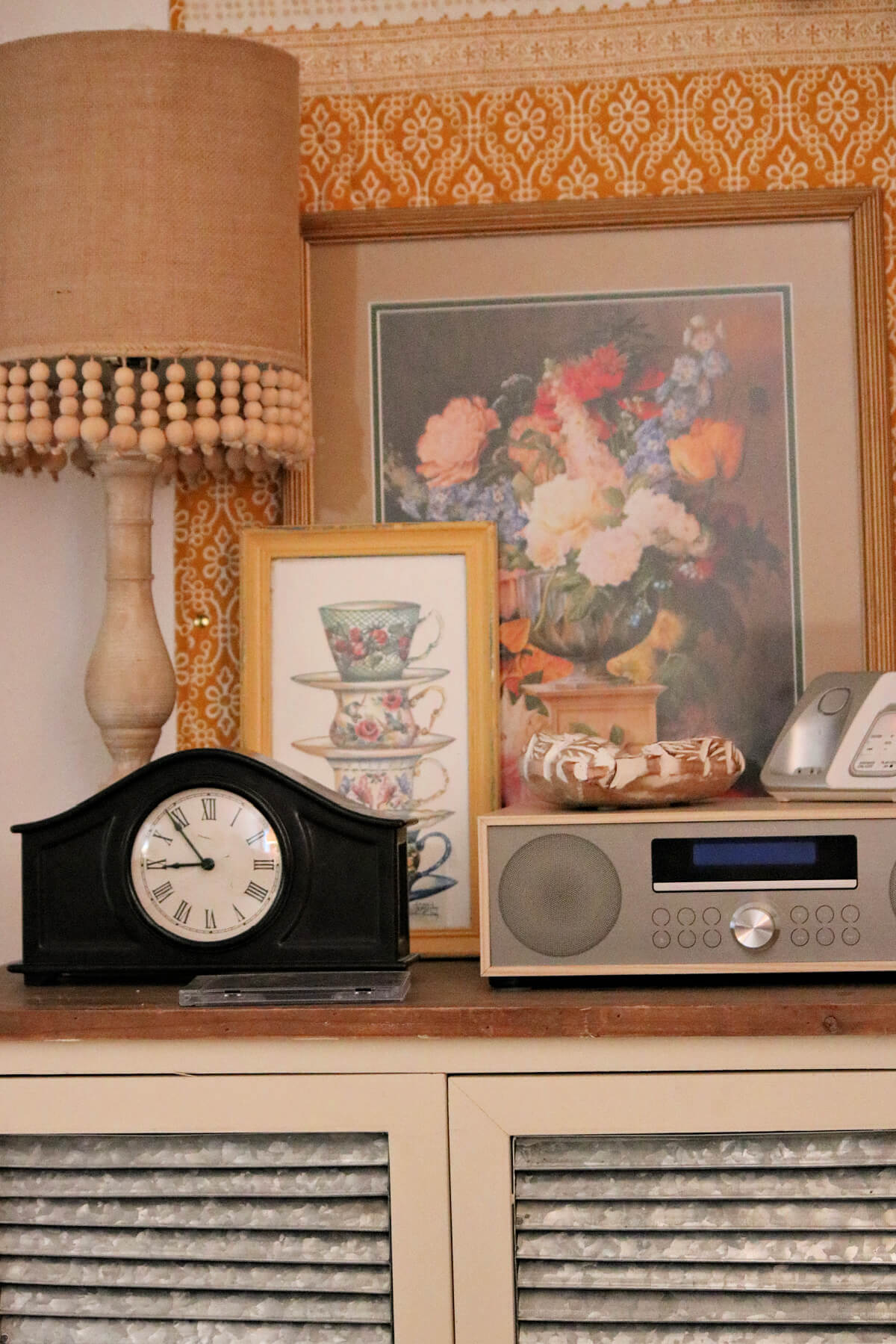 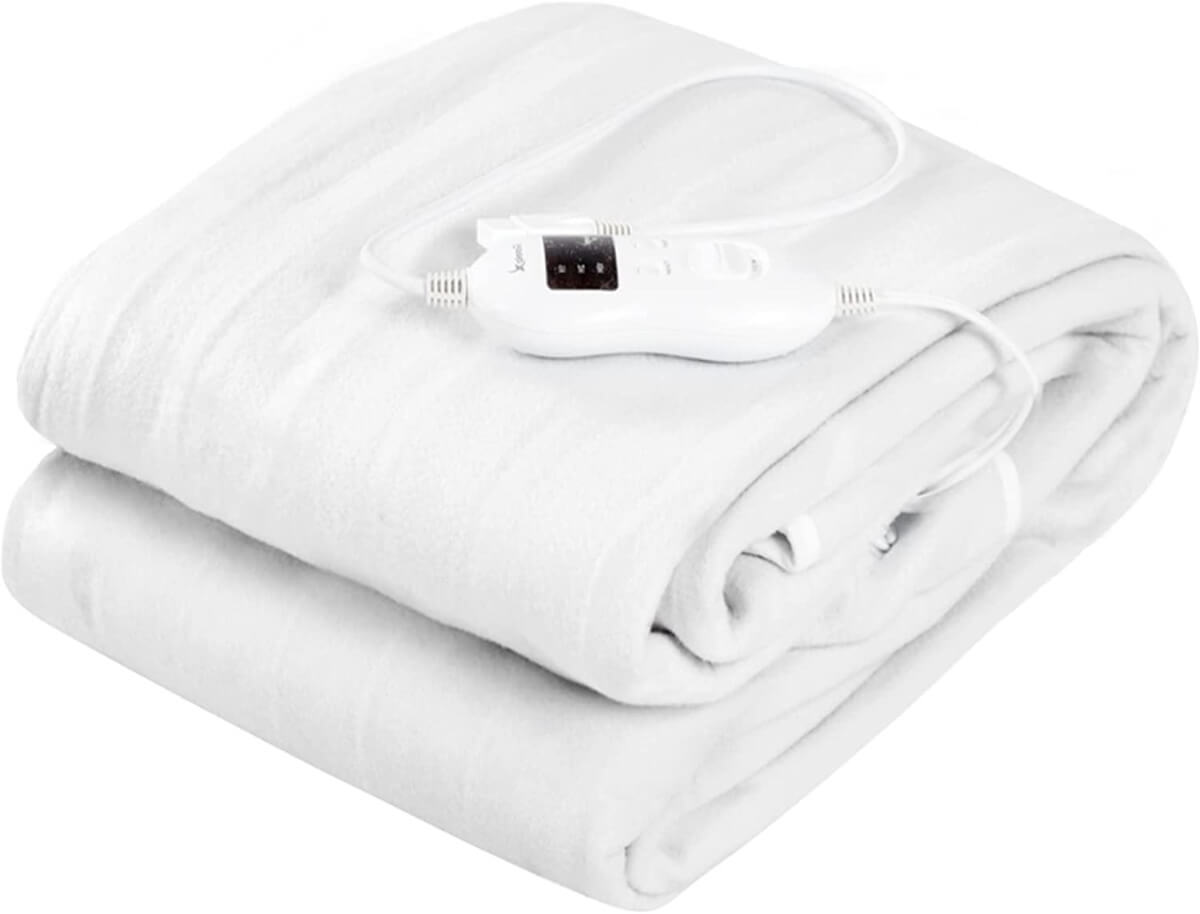