Ivy’s little world consists of four rooms and 725 square feet. I brought her here to join our little family in early October. And she hasn’t passed through the doors since then.

When I was adopting Ivy, I had to fill out lots of paperwork and sign on the dotted line. One of the things I had to agree to was to not put her outside.

I wonder if she wants to go through that door to see the rest of the world? To chase the birds or swat at flies. But then, she doesn’t know a thing about it, does she?

I get up in the morning when she has aggravated me until I give up. In the first few months she wanted food.

But now she doesn’t go to the food dish on the table under the window and eat first thing. So I figure she is just bored and wants me to get up and do her bidding.

I grab my yoga mat and get on the floor to stretch. Ivy gets her spring toy and plays around my body. As I move I feel her head or body or foot.

So I guess you could say that Ivy does her morning stretches too.

The problem with cats is that they get the exact same look on their face whether they see a moth or an axe-murderer.    – Paula Poundstone 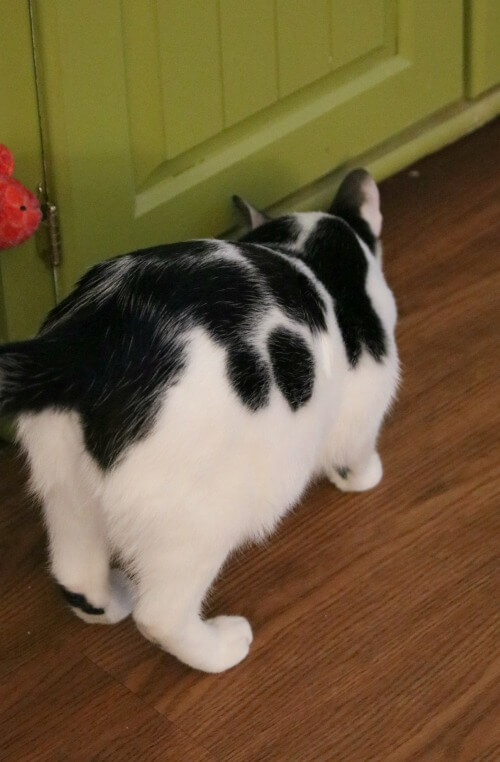 I have spoiled her, I know that. She is a little minx. A stinker. She sticks her nose where it certainly doesn’t belong.

She plays with her spring toy, sending it shooting across the floor. Then scampers after it, hour after hour.

Cats will amusingly tolerate humans only until someone comes up with a tin opener that can be operated with a paw. – Terry Pratchett

You’d think she’d get tired of this “fake prey” of her own invention. But no, she puts it in her mouth, lays on the floor and holds it in her paws with something close to reverence.

Then she’ll get up with a purposeful look and prance around with it in her teeth with great stealth. Her look seems to say: “Look how cool I am. I caught a spring toy and killed it.” 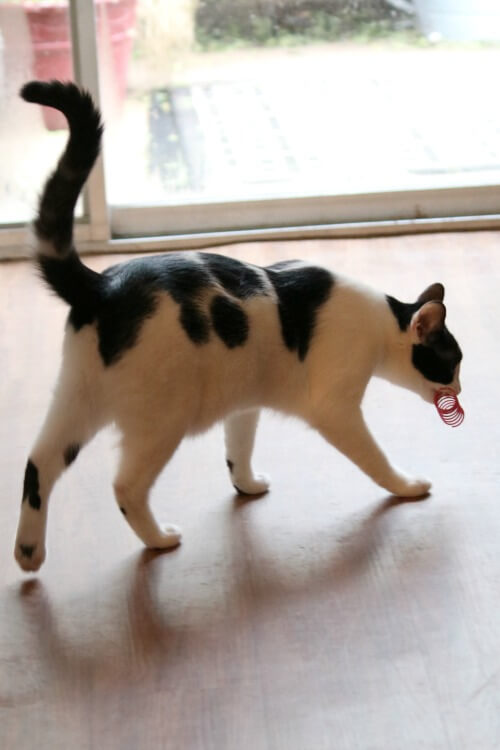 In the daytime Charlie and I are in the living room, so Ivy gets on the red and white quilt stack. In the evening while I read in bed and Charlie snoozes at the end, she heads to the other quilt stack. 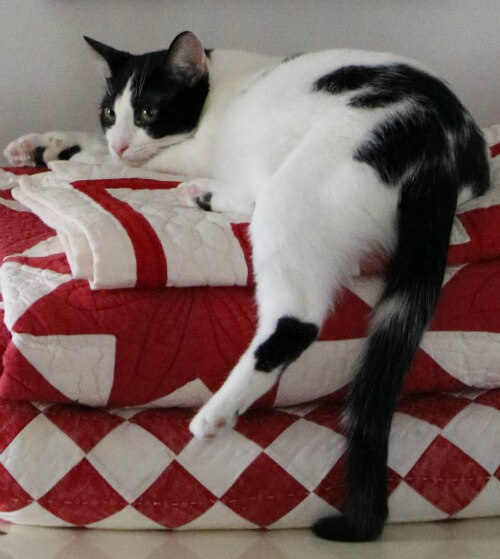 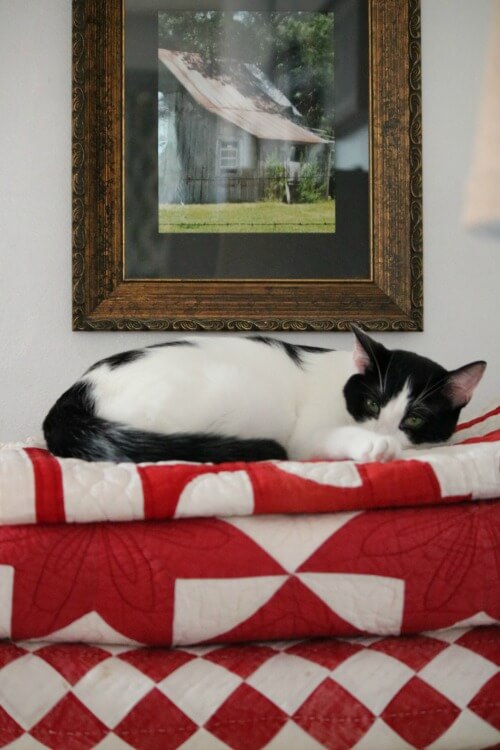 Ivy likes to sit at the patio door and watch the birds eat berries up in the tree. She sits still as stone, except her tail is swooshing back and forth.

I have a cat, the pet that ranks just above a throw pillow in terms of required responsibility.”- Anna Quindlen

I spend much of the day extracting her spring toy out of whatever spot she’s swiped it underneath. As she’s grown, she can’t get underneath all of the furniture anymore.

When I pull the washer out to retrieve her toy, she sometimes goes back there, sits down and stares up at me. She refuses to move so I can scoot it back into place. So I have to move her myself.

I’ve tried scooting it in farther and farther to scare her, but she seems unperturbed. 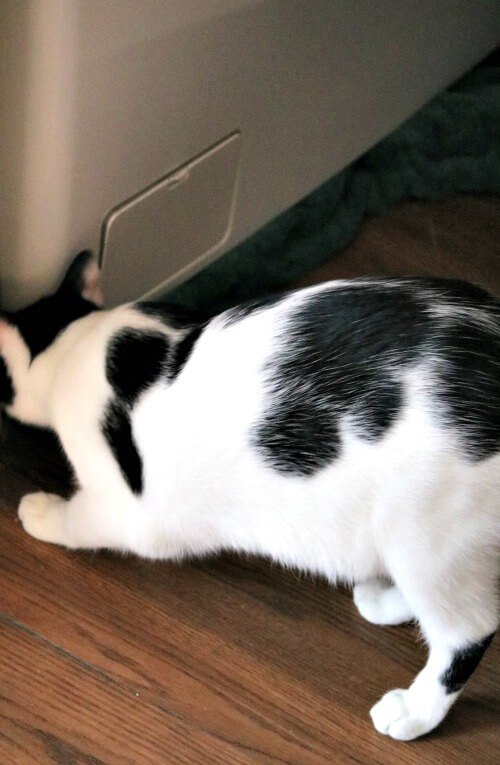 She often ends her playtime with the spring toy by putting it in the water bowl. Sometimes I’ll find two of them in there. I take them out and set them on the kitchen counter to dry.

I have yet to figure out what this means, her putting it in the water bowl. But then I tell myself, there is no riddle to solve. It’s just something Ivy does. 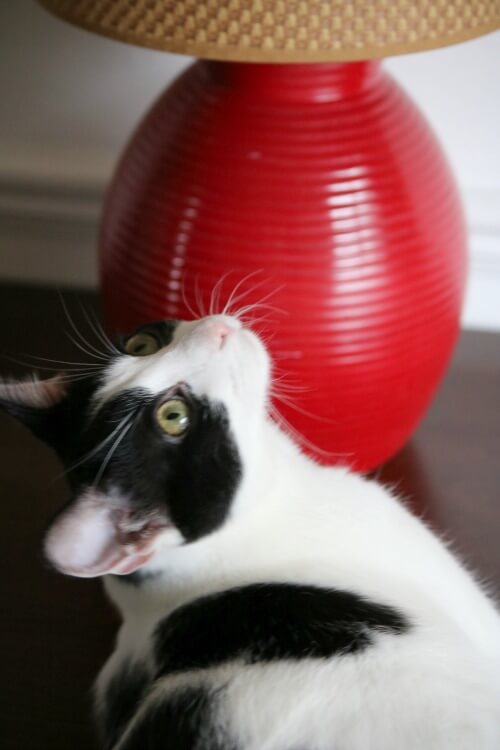 Ivy loves to jump over Charlie when he’s walking. He’ll snap at her in annoyance as she scampers away

She loves to lie down next to him. But she can’t seem to resist reaching out with one paw and touching him, which she knows irritates him no end.

She insists on lunch between 11 and 12 a.m. She will walk across me and make Ivy noises. Ivy doesn’t really meow much. Instead she trills and chirps and makes Ivy sounds.

A cat has absolute emotional honesty: human beings, for one reason or another, may hide their feelings, but a cat does not.” —Ernest Hemingway (author, For Whom the Bell Tolls)

In the evening we all retire to my bedroom. Charlie heads to the end of the bed and Ivy to her other quilt stack. I will have eaten supper after I’ve fed them theirs. And then I shower and settle down to read. 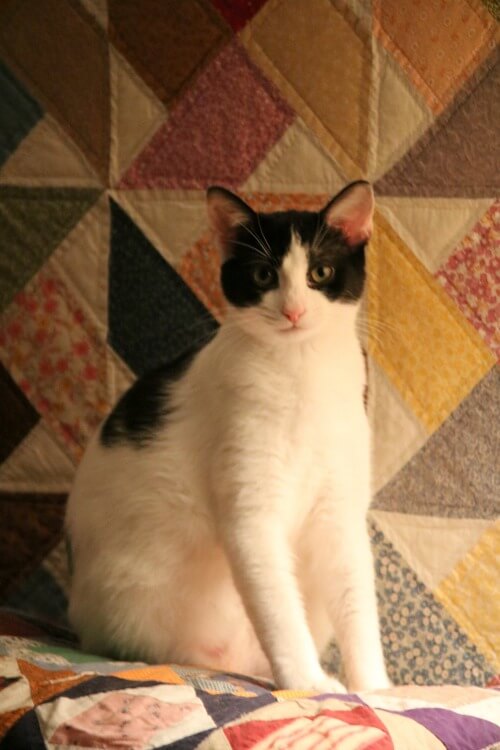 Every night she leaves her quilt stack at least once and plops down next to my right arm, belly up.

Her silky white belly begs to be rubbed, so I rub it. She thwaps me with her tail like she’s irritated.

So I switch things up and scratch her belly. It doesn’t make any difference, as I can’t quite seem to get the tempo just right to suit her. She’ll then grab my arm between her sharp little claws and bite me gently. 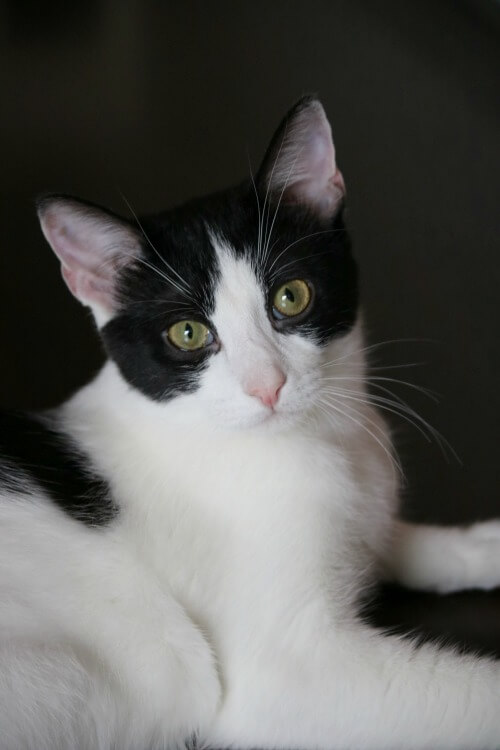 Ivy has this look in her eye like she wants to attack me, but once she gets my skin in her mouth, she becomes quite gentle.

Maybe she’s remembering at that moment who it is that extracts her toys with the yard stick and feeds her every day.

I give her a lot of leeway because her world is small. Because she can’t go beyond the 725 square feet of this apartment.

I shake my head at all the silly things she does. Imagine how liberating it would be to be a cat. You could do all kinds of weird things and get by with it.

Cats can jump straight up in the air with no provocation whatsoever. Run like their fur is on fire. Do all manner of crazy things. And no one thinks a thing of it.

If we did that, someone would call the nut house and reserve us a bed.

“I love cats because I enjoy my home; and little by little, they become its visible soul.” — Jean Cocteau (director, Orpheus) 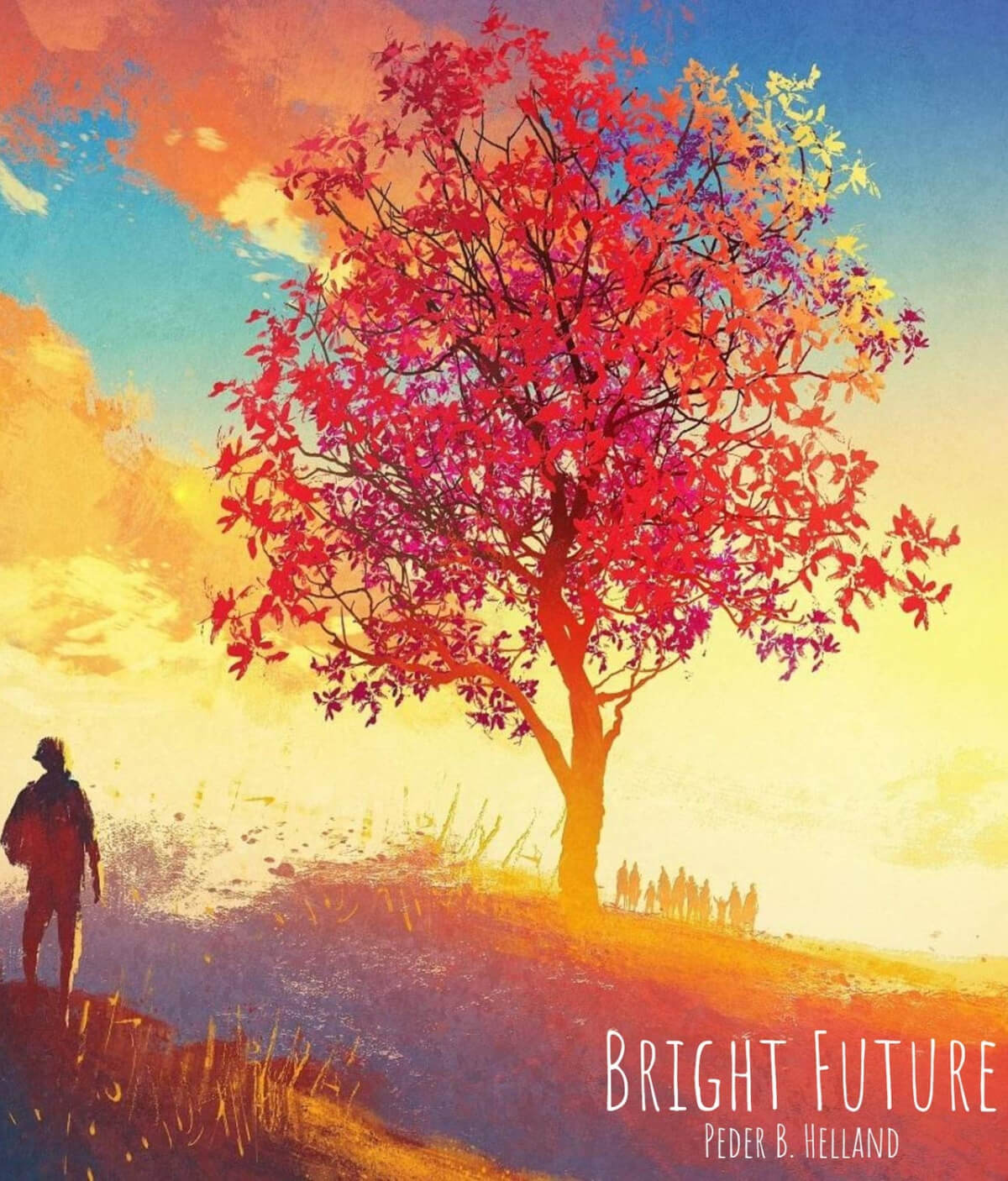 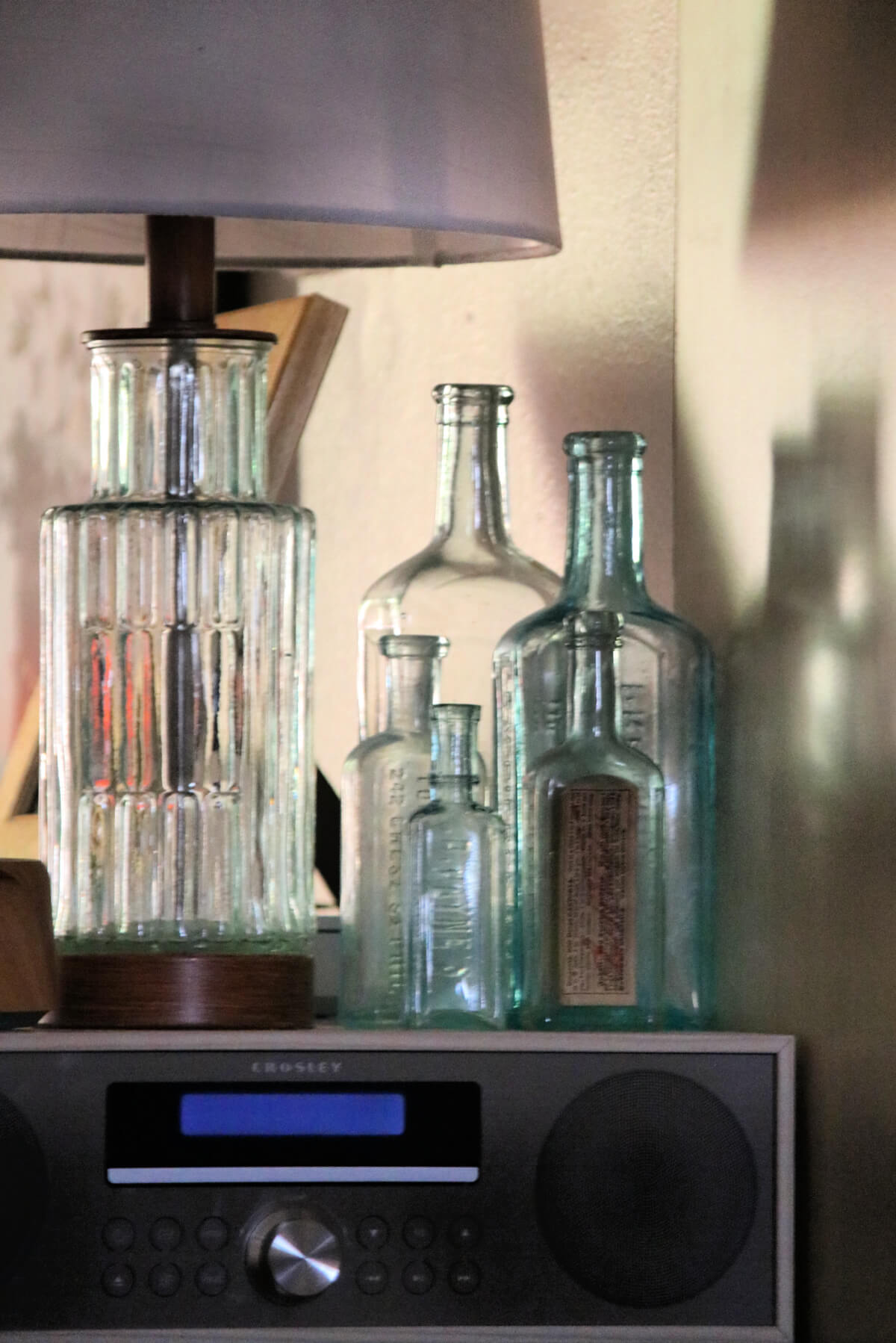 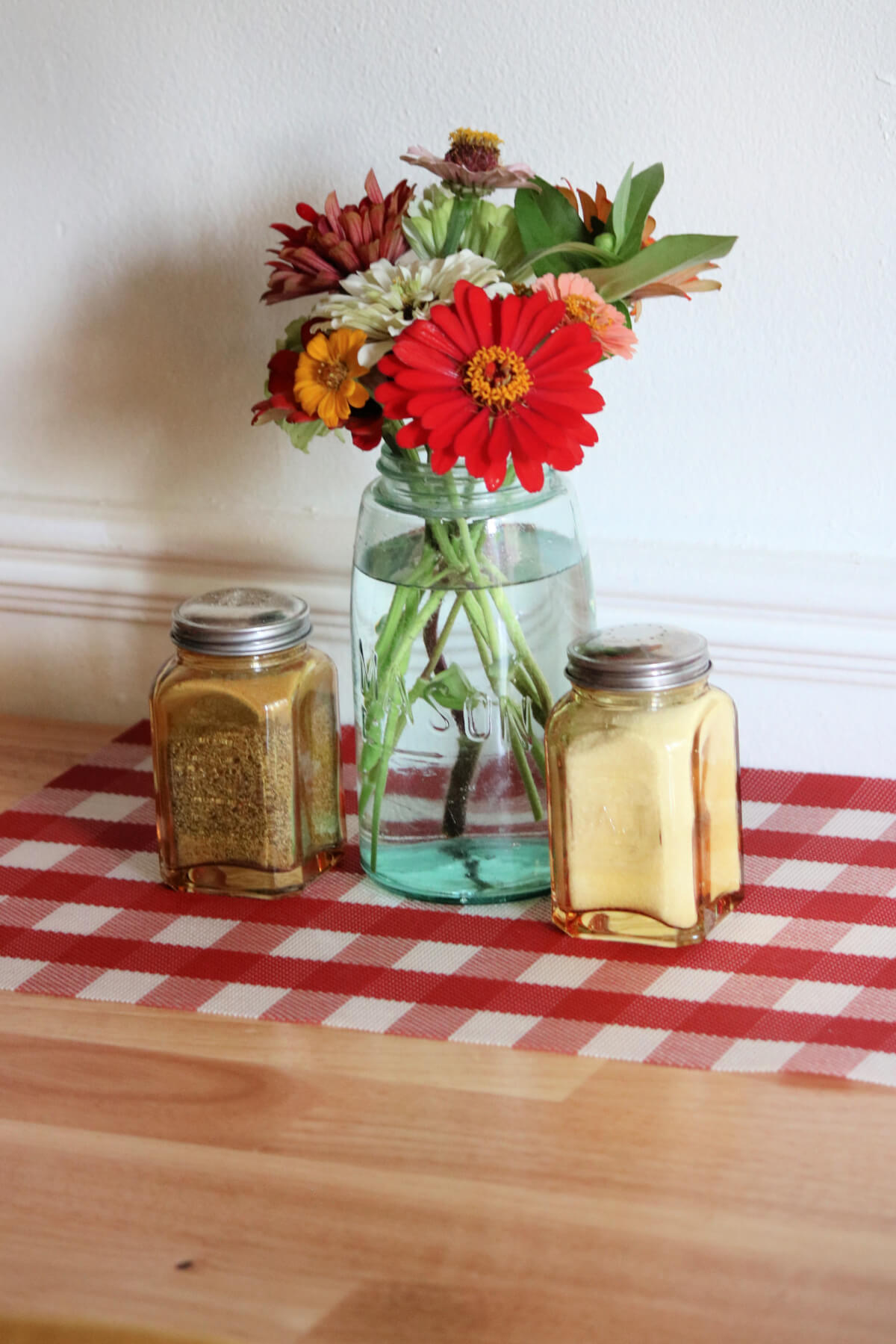 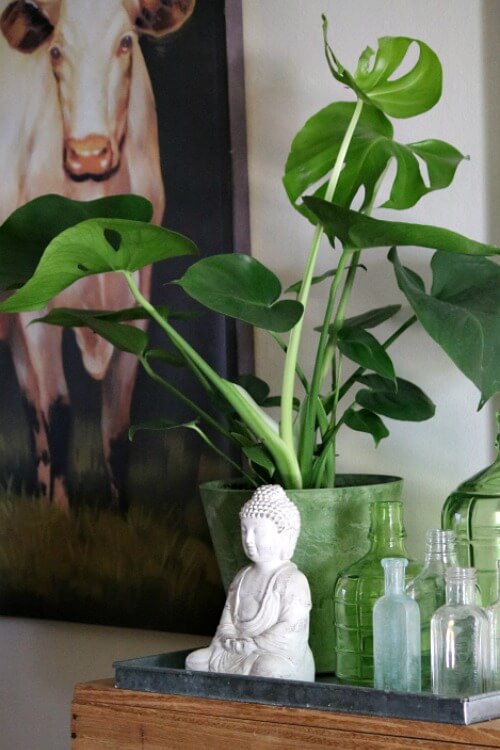 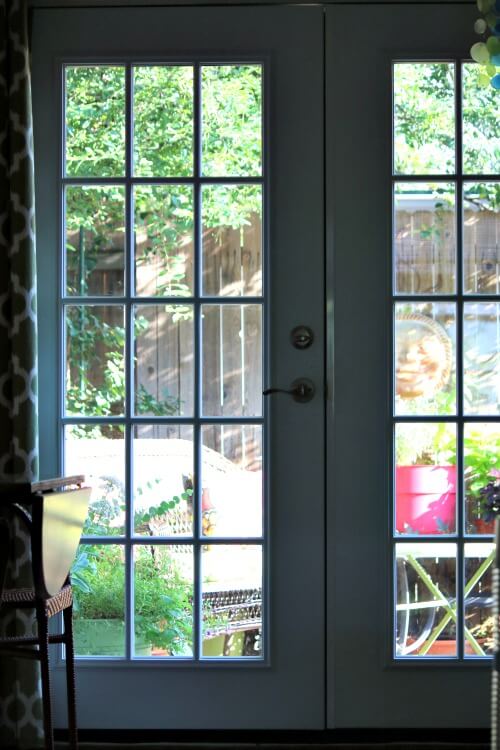 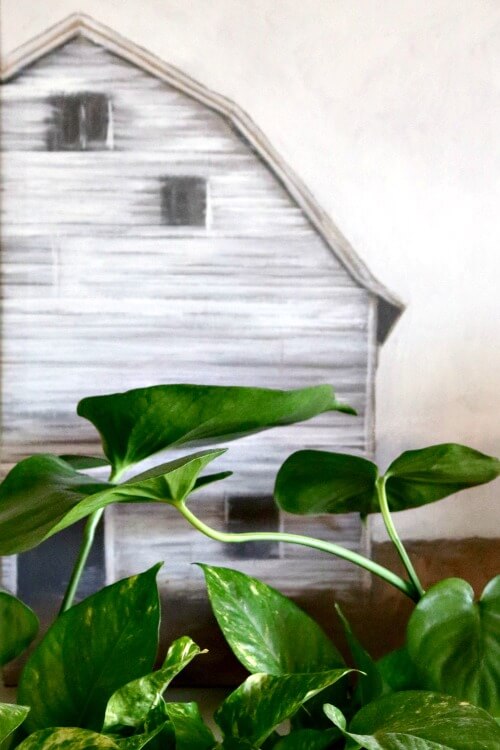