Ivy’s new cat tree/condo arrived yesterday. I had to get Nathan to get it out of the huge box and put it up on the sewing machine table for me.

She hasn’t really taken to it yet. I’ve put her up on the table a couple of times. She sniffs around but doesn’t seem all that interested yet.

This reminds me of birds with a new bird feeder. Often it takes a couple of weeks before they trust it and will eat from it. 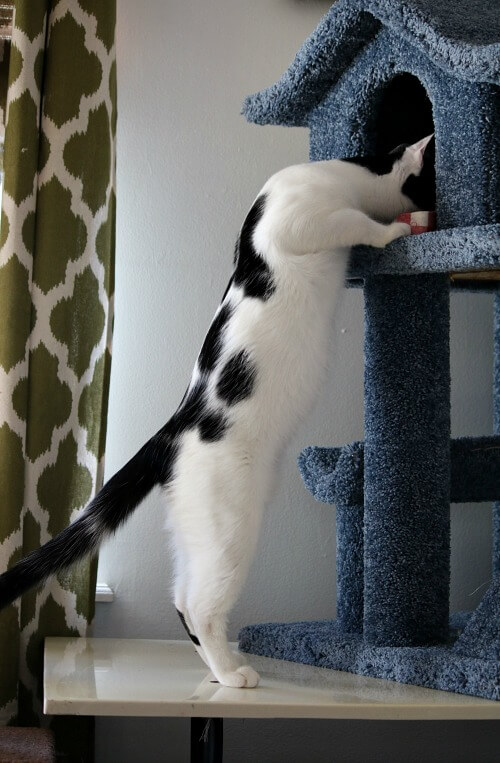 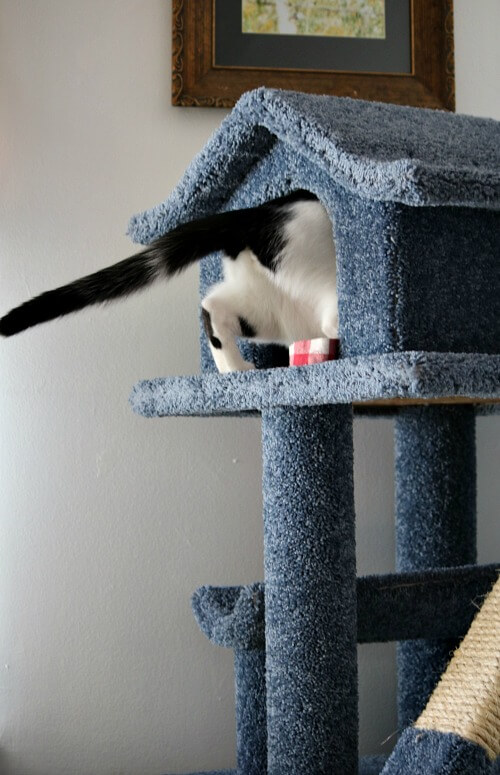 If that hole to the house portion was much smaller, I’m not so sure she could get herself into it. I wonder how much more she’s going to grow? Seems she’s had quite a growth spurt. 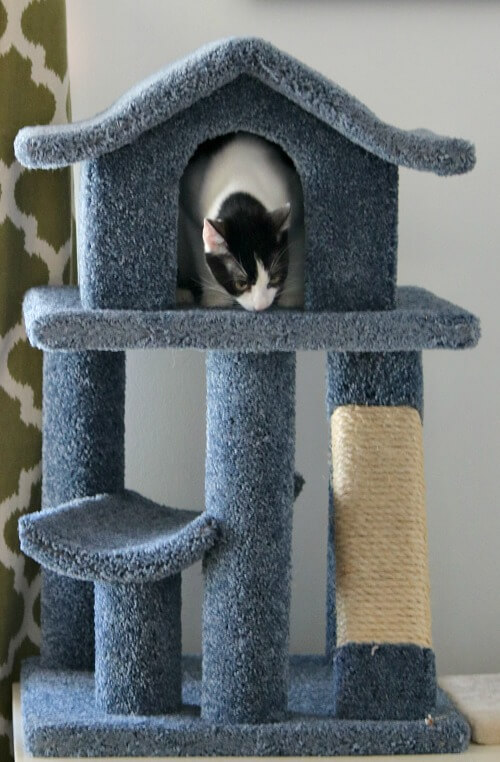 Bringing Moisture In For Charlie:

I am running both a portable humidifier and a vaporizer for Charlie. I have them both on little tables to keep Ivy out of them. It does seem to help him.

I haul it all to the living room during the day. And then take it to the bedroom at night.

Did you know that when the mucous membranes in your nose become dry, there is a greater chance of getting sick? The nasal mucous membrane should be humid to defend itself against infections, I read. 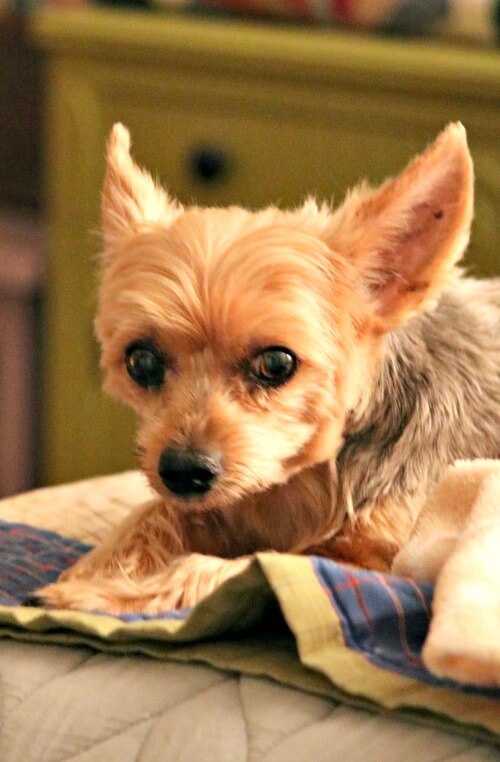 In other news, my pharmacy is the scene of a crime.

Apparently two days ago a man in his fifties went to the pharmacy photo counter to pick up his photos.

I don’t know exactly what transpired. But sounds like there might have been an argument. Apparently the photos had been left there for over a year. 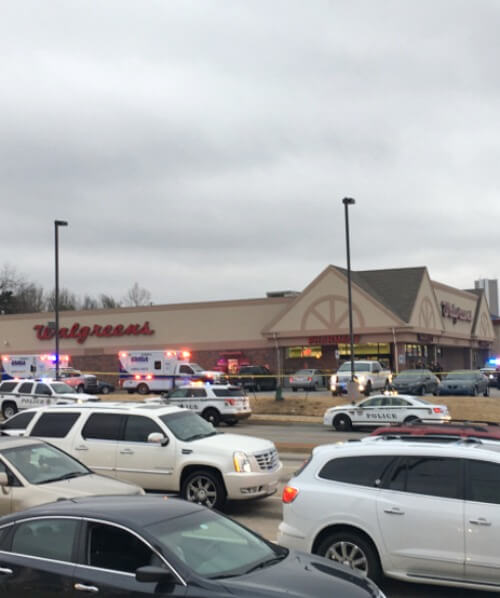 There was some confusion. The clerk pulled his gun and apparently the customer pulled his. Now the customer is dead and several were taken to the hospital.

This is what happens when you take two men and two guns and unleash them in a store full of people.

Yes, the clerk felt threatened and I understand that.

But if there were two men and no guns in the store, there might have been a raising of voices. Perhaps even a fist fight. But I doubt anyone would be dead and others injured.

I don’t like this carry and conceal stuff. Because I worry about my grandchildren walking around in a world where there are so many guns in so many hands.

I don’t want a gun. I’ll never own a gun. I’d probably shoot myself in the foot with it. And that would either be the foot with the bad ankle. Or the one that is fine.

Either way, I would have more problems than I have now. 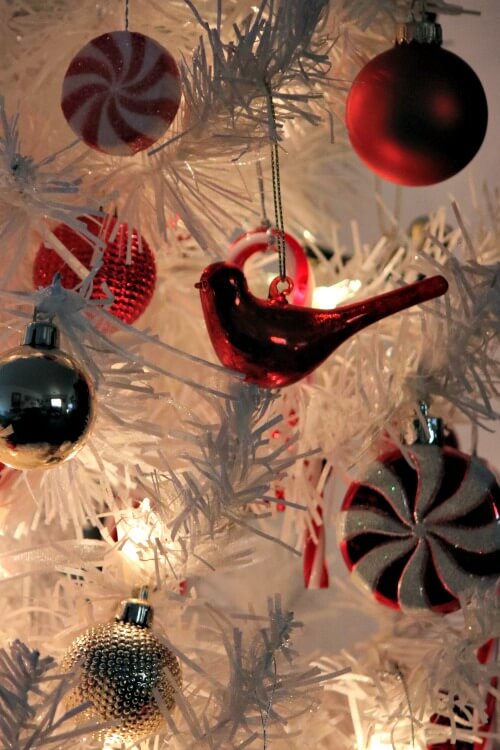 And a bit of news about Liz:

Liz emailed me yesterday and said that she and the dog have moved out.

I know she saw an attorney on Monday. He wanted $2500 up front. I guess that’s pretty standard, because 7 years ago that’s what I had to come up with as well.

She said she needs to get a job, which she has been searching for, to get that kind of money. Remember her husband cleaned her out. Right now she is waiting for her nursing license to be processed, I believe she said.

I’m beginning to think women need to put their money in a safe deposit box at the bank. I don’t think there are passwords they can steal to get into that. It would be a pain in the butt to take money out, but at least no one could steal it.

I hope to talk to her soon. I’m just glad she and the dog are out of there. These situations can get volatile fast.

I pleaded with Liz to leave before he gets back from his business trip. She has read all of your comments. And you must have convinced her that time is of the essence. 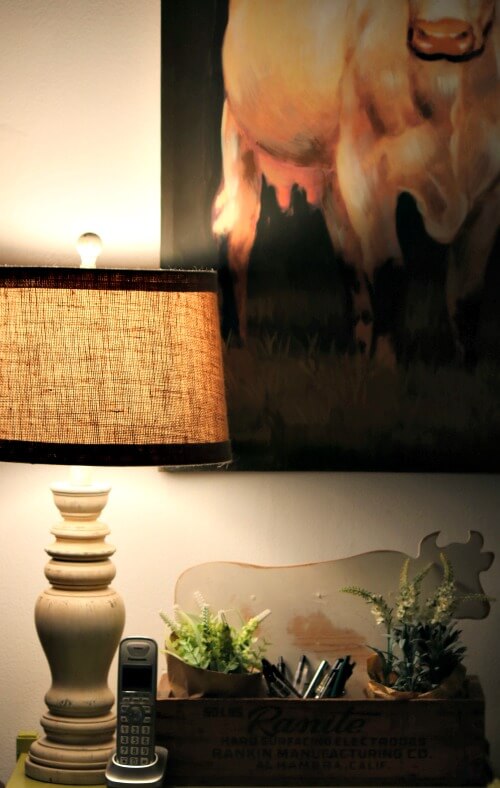 I’m having lunch with my daughter and Andrew today. My daughter is attending his school Christmas party and then they will pick me up for lunch.

I’ll be giving Charlie a Composure pill and won’t be gone more than about an hour. I try to keep my times away from him to a minimum.

I’m worried about this injection I’m supposed to get on the 26th. If it looks like I may have to be away from him more than two hours, I’m not sure I’m going to do it. It’s late in the day and you know how they can get behind.

The whole thing makes me nervous. And I’ll be worrying about how Charlie is doing. 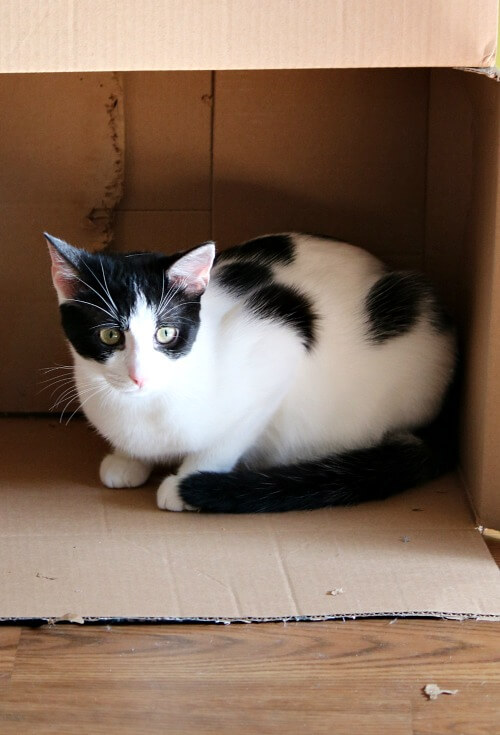 Ivy got in this box and then turned it over, as you can see. Then she proceeded to rip at the paper bits she could pry up. Ivy has this thing with shoes and paper.

What is it about a cat that makes them act completely bonkers over a tiny piece of paper?

Ivy is flipping and flopping about with a tiny piece of paper. Jumping, running, sailing through the air, skidding into furniture.

All over a tiny piece of paper.

She put it on the glass coffee table just now and then went underneath and batted at the glass. Then she jumped on the coffee table and played with it some more.

If I lived to be one hundred I’d still never understand a cat. 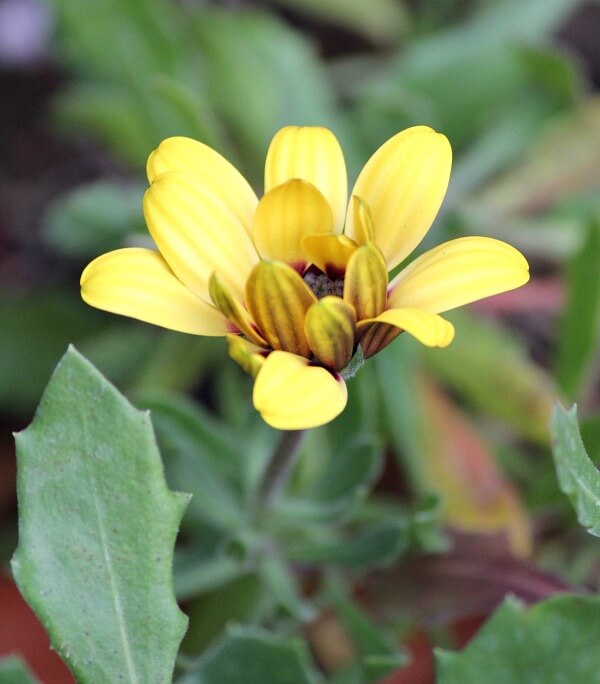 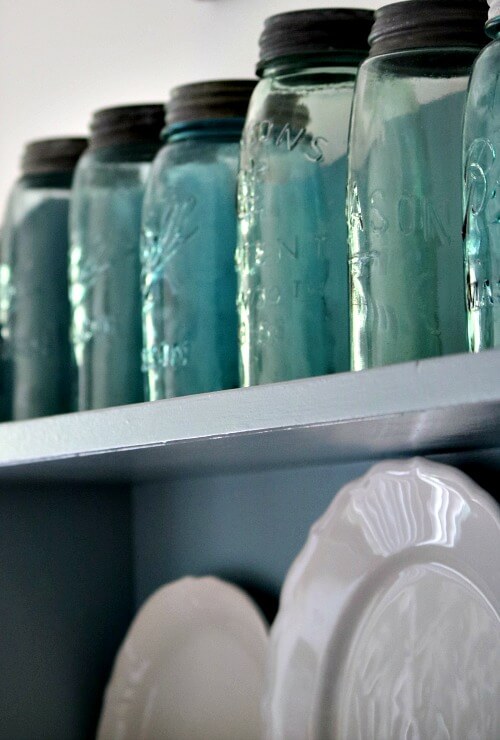 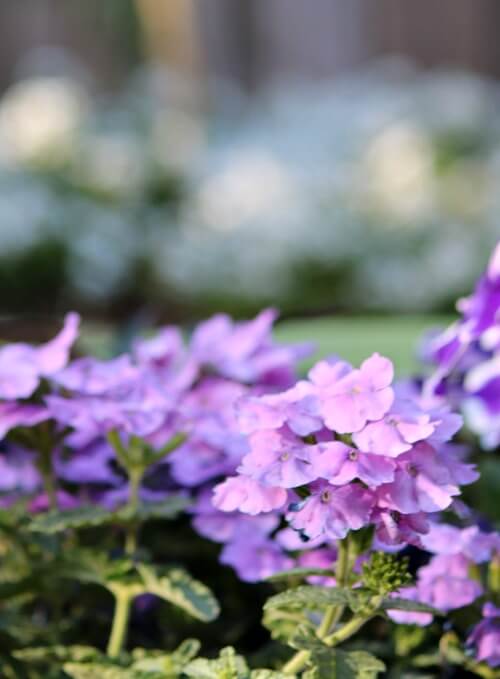 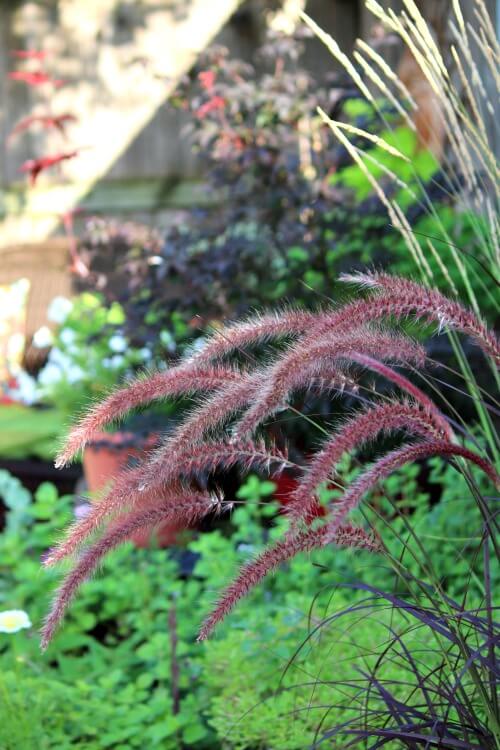 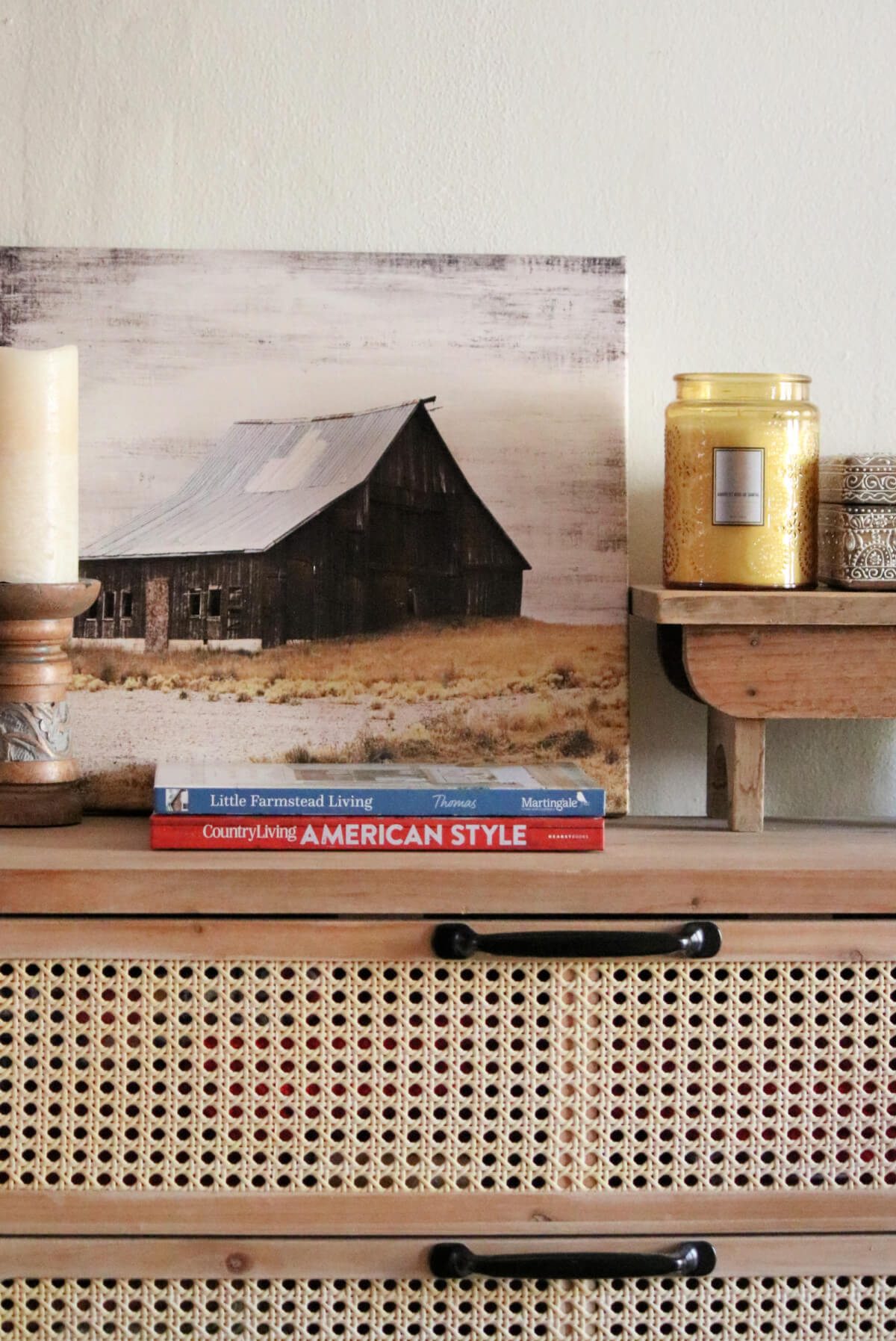