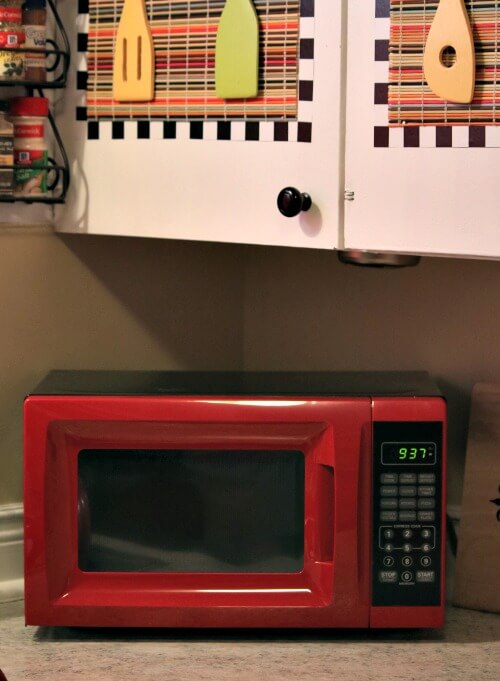 My new microwave arrived from Walmart yesterday. It’s smaller than my previous one, so I tucked it into this corner. 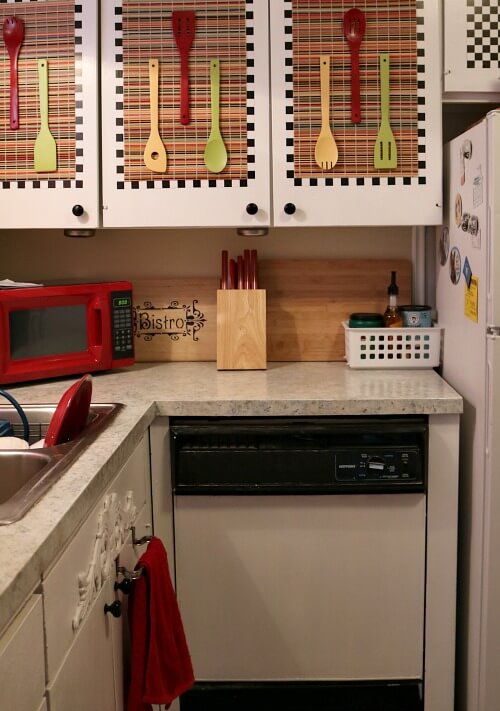 There are always dishes in my dish drainer.

It might not be pretty to look at, but it’s my life and I see no point in moving stuff and dressing it all up just to take a photo.

The white plastic bin over by the refrigerator houses the items I use to make iced coffee. I haven’t had hot coffee in well over a month. 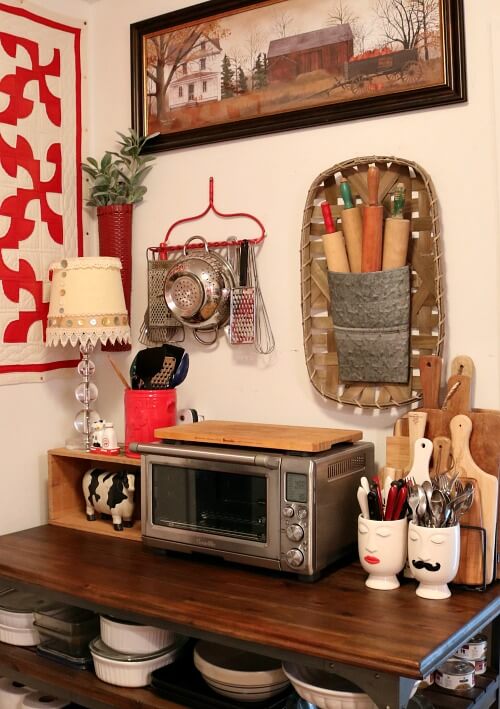 I first put the red microwave over here with the Breville oven where I had the other microwave. But the new one looked a bit odd because of its small size.

So I rearranged a few things in this kitchen corner.

I added another lamp that was stored in my closet. I won’t use the overhead light unless I absolutely have to because I just don’t like overhead light. I like lamp light.

I now have a farmhouse light fixture over my sink that I showed you a few months ago, but I like it more for the ambiance than for the light. 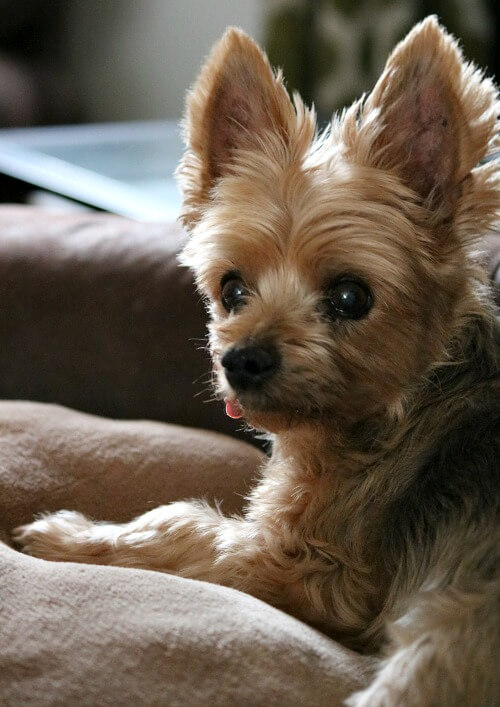 The vet’s office asked me to bring Charlie in yesterday, so we spent a few hours there while they did a blood test and a urinalysis. They said he had just a slight urinary infection.

Maybe the first shot didn’t fully take care of it. So they gave him another.

In the blood test they said everything looked good. His liver numbers were a little off. The vet had me get liver enzymes I’ve now started giving him. If it’s chewable Charlie loves it. And it is.

It’s near impossible to get a pill down this boy’s throat, even in the absence of all but two teeth. He fights like the dickens.

I’m going to look into cranberry supplements a reader mentioned and try that. 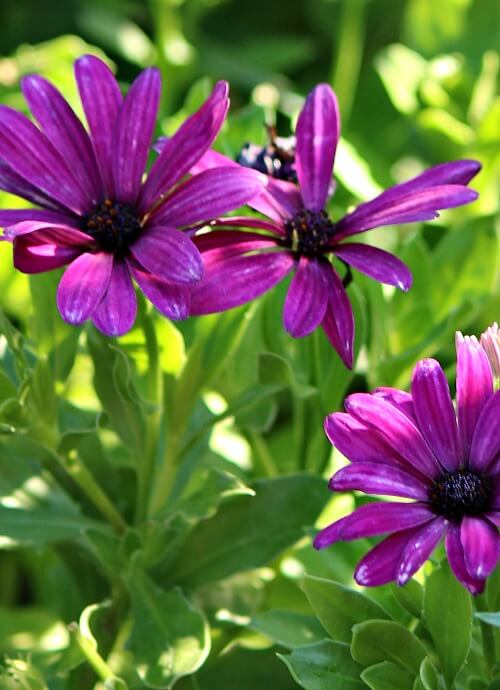 You know how Abi would go under the bed and scratch furiously? Then she would jump in the bathtub and do the same thing.

Often it was due to a flying insect inside somewhere. Then I’d have to get my pink bug zapper and track it down.

Well, Charlie must be channeling Abi, because he has started doing that. He’s not as agile as Abi so he can’t jump in the tub.

But I’ll be reading on the bed and suddenly hear him scratching underneath the bed in a somewhat crazed fashion.

I will get up and get my zapper and look everywhere to see if there’s a flying insect, but typically I don’t find one.

Why on earth is he doing this? He didn’t do it before.

Right now he’s asleep next to me and making weird sounds and jerking his legs like Abi would do sometimes when she was dreaming. I’ve never seen him do this before. 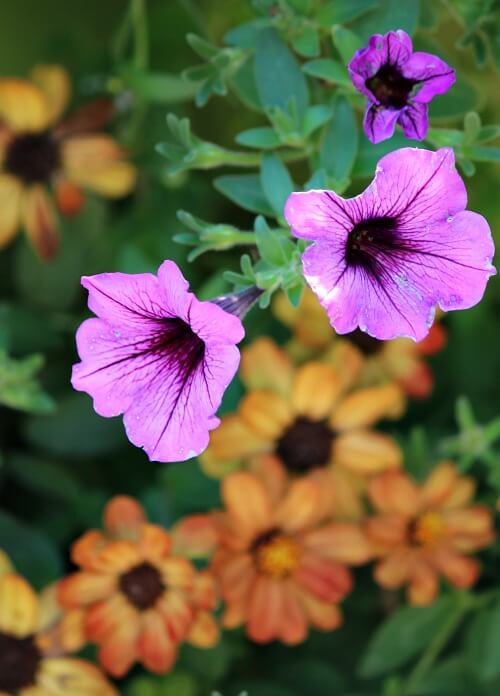 I keep meaning to thank those of you who sent condolence cards when Abi died.

You all are so important to me. And I certainly appreciate your comments, suggestions, ideas and well wishes. 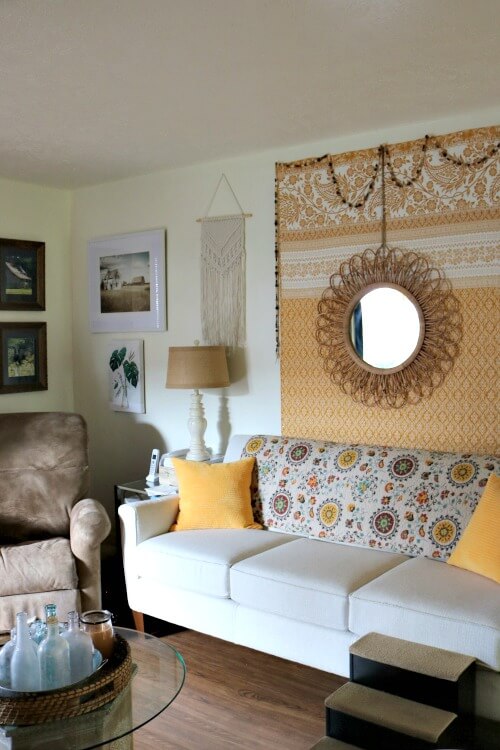 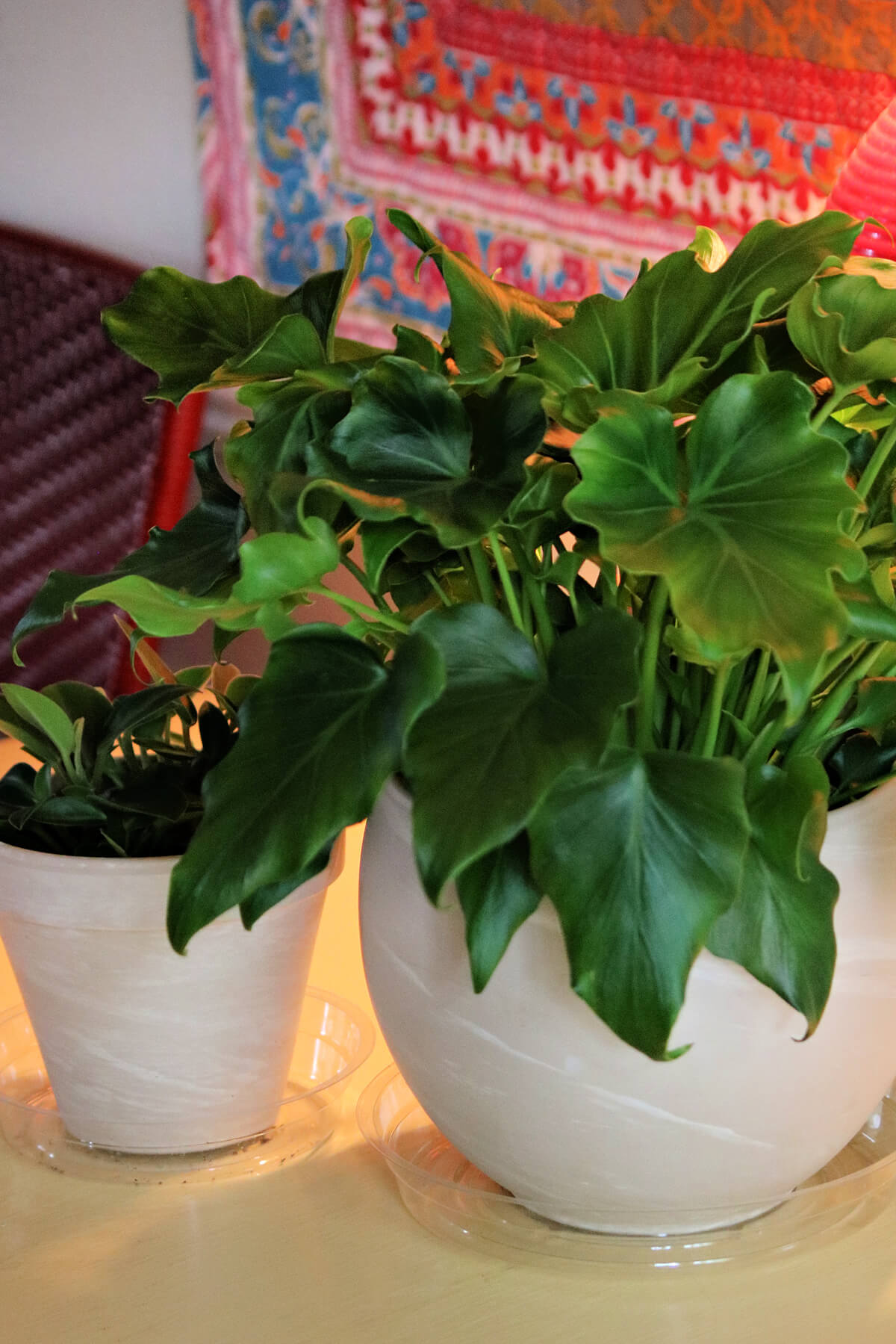 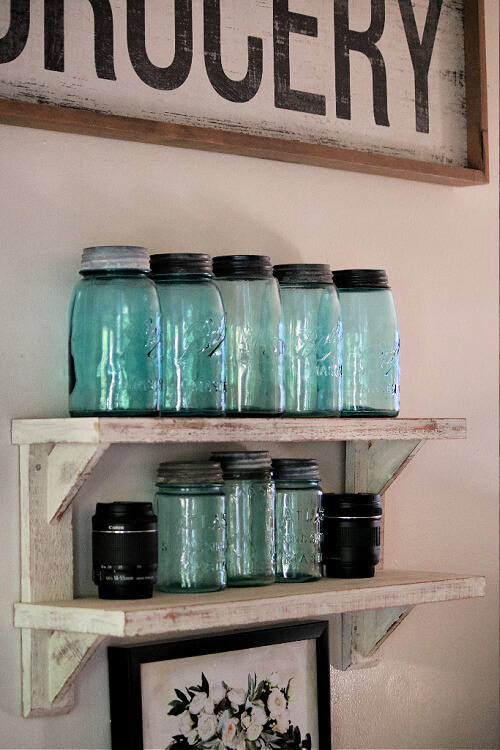 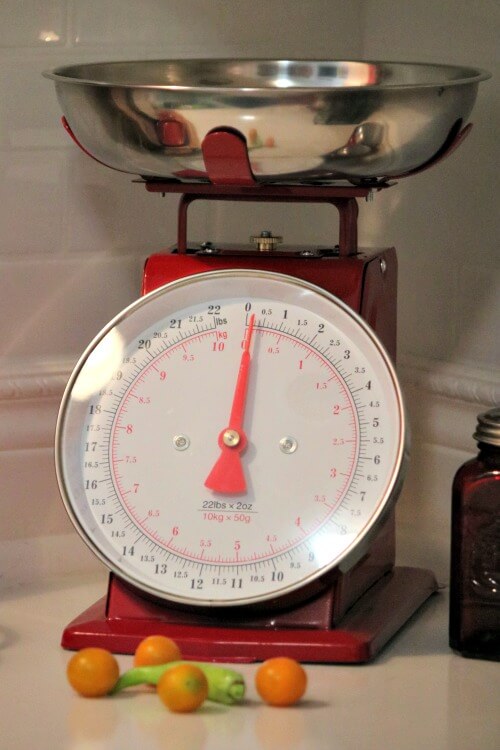 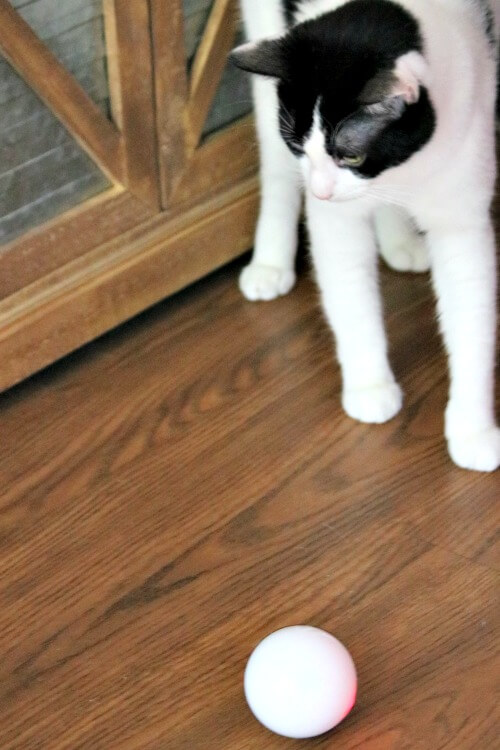 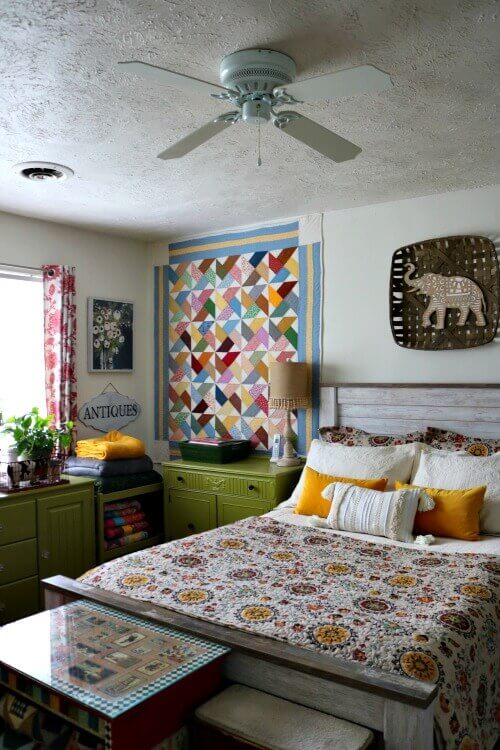