I’m one of those people who has to have a clock in every room. So when I found this shabby chic clock on Amazon I ordered it.

I’ve never been one to really get all excited about the shabby chic look. It had just never fit into my decorating style.

I’d already secretly admitted to myself that I wasn’t going to like this room that is now my office. It was really the last room to decorate in my apartment and the inspiration just wasn’t coming. Nada.

All of you kept telling me to slow down; not to pressure myself about this room.

But you see, I so feared I was never going to like this room that that thought obliterated everything else. And any common sense I possessed about slowing down went out the window.

I kept asking myself: What if no inspiration comes for the then nondescript room? What will I do then?

Yes, I know I’d just recently moved in. But usually by this point I’ve got things lined up and figured out.

Every time I walked down the hall toward my bedroom I’d sneak a look over to the left.

And I’d see this room with a hodge-podge of furniture and no clear indication when or how it would become a finished product.

I just couldn’t get past the creative block lodged in my head. All I could imagine was my desk shoved up against a wall and the bookcase right along with it.

And really that was it. I had no other ideas for this scattershot room.

I’m not typically this much at a loss about seeing something move forward to completion, decorating-wise.

I bought the bulletin board somewhat impulsively. When I got it home, I thought: This isn’t me. This isn’t remotely me!

And so it leaned against the wall for a few weeks. In a way mocking me. I have never been considered feminine. I’ve always been a tomboy.

And for heaven’s sake, now I even shave my head!

Back In The Day:

Back in the day I admired those girls with long straight hair and hated my thick wavy hair. Isn’t that what every teenage girl does? Hates what she’s got and envies what she doesn’t?

I shave my head now because it makes my life easier. It began when Covid struck and terrified everyone. And we couldn’t go out to hair salons for a time.

I shave it now because I can, and because it feels liberating. You just can’t imagine the feel of raindrops on your head until raindrops fall on your bare head.

And for some reason, I’ve found that I actually like the shapes of heads. Now, hair (to me) is kind of irrelevant.

Baring your head is a statement. It says “I don’t really care what people think.”

Because I recall those teenage years when I truly did care what those other kids thought. And now I realize how silly it was to be so wound up worrying about their opinion.

A Different Kind Of Girl:

Back when I was a teenager, I never had trendy clothing and shoes. There was no one to buy them for me.

I was never the type to huddle with a gaggle of girls who were smiling and laughing and stealing looks over at the boys.

Being any kind of “different” meant people tended to walk around you and give you a wide berth.

When you’re a teenager you certainly don’t want to be different in any way. You want to blend in.

And so that’s why, due to all those years of whys, this bulletin board mocked me.

I even came from a somewhat strange background. And that means shadowy and possibly even suspect.

A kid does not choose who they’re born to or what their background is. But they’re stuck with it just the same.

And then if you’re also a bit different, people don’t really take to you. Especially girls. Girls, especially teenage girls, can sniff out “different” like a cat can smell a mouse.

They don’t really look at you when you pass by. Which is kind of even worse than if they’d looked and then turned away.

It meant you were invisible and nothing you did could change it.

Now I like the idea of being invisible, but it was anathema to me back then.

So I bought this silly bulletin board on a whim. And then had no idea what to do with it.

Not On Single Idea Was Coming To Me:

I could not visualize my things mixed in with this scrolly feminine shabby chic bulletin board.

Or where to put it. What to place underneath it. Or even what to surround it with.

I was at a total loss.

And then finally I told myself “enough wiggling around like a fish on a hook.” I could either take the bulletin board back to the store and get my money back.

Or I could just impulsively dive in and start decorating this room that had been such a challenge to me. Just plunge right in.

When in doubt you take one step. And one step leads to two.

And suddenly you have a somewhat feminine room that is a tad shabby chic. An office space I would never have envisioned for myself.

And now that room has a shabby chic clock to match. 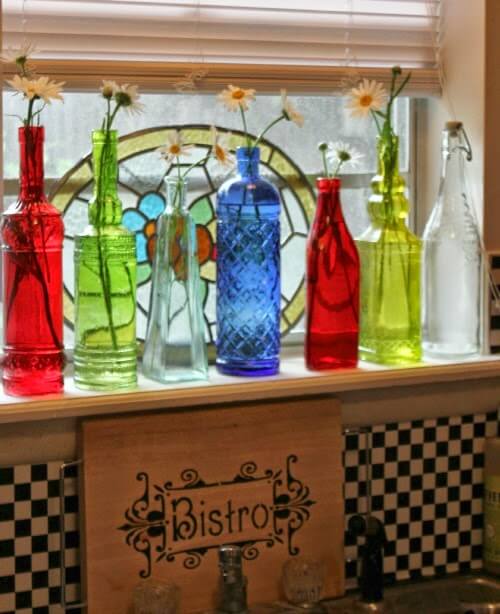 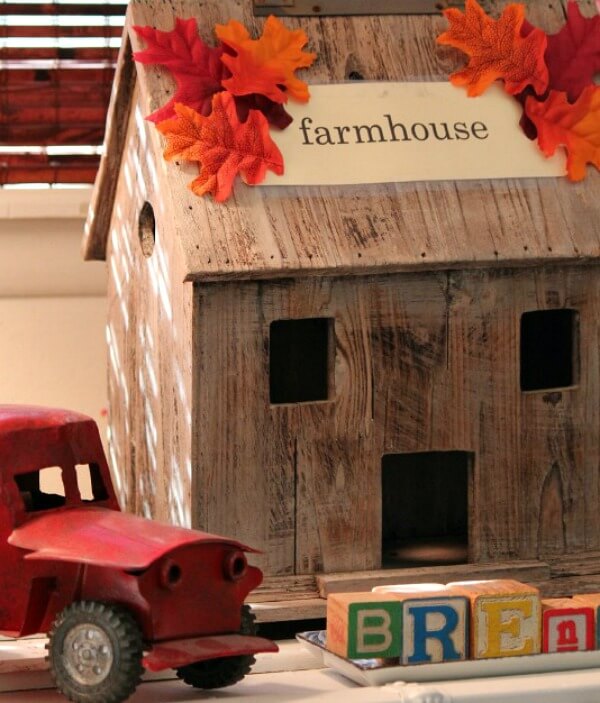 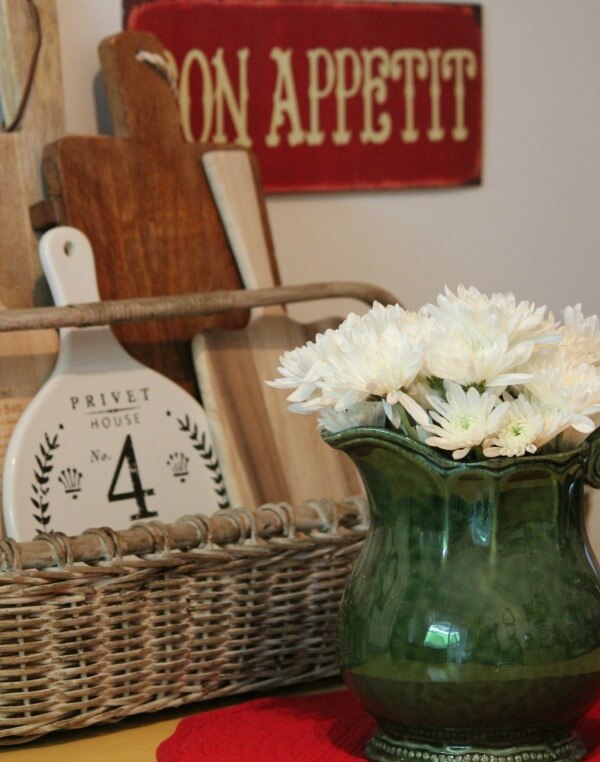 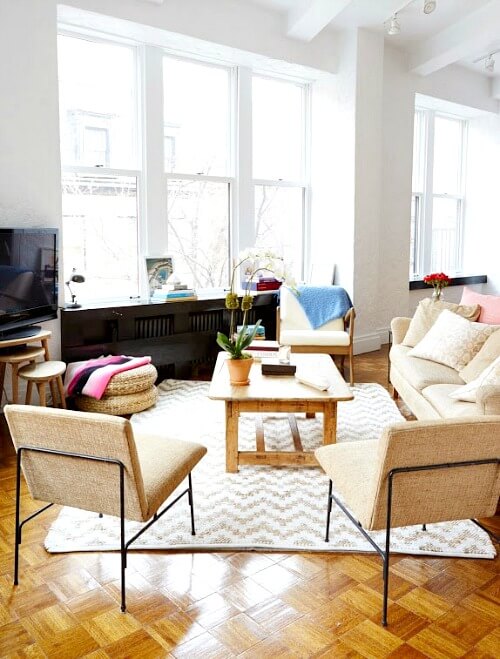 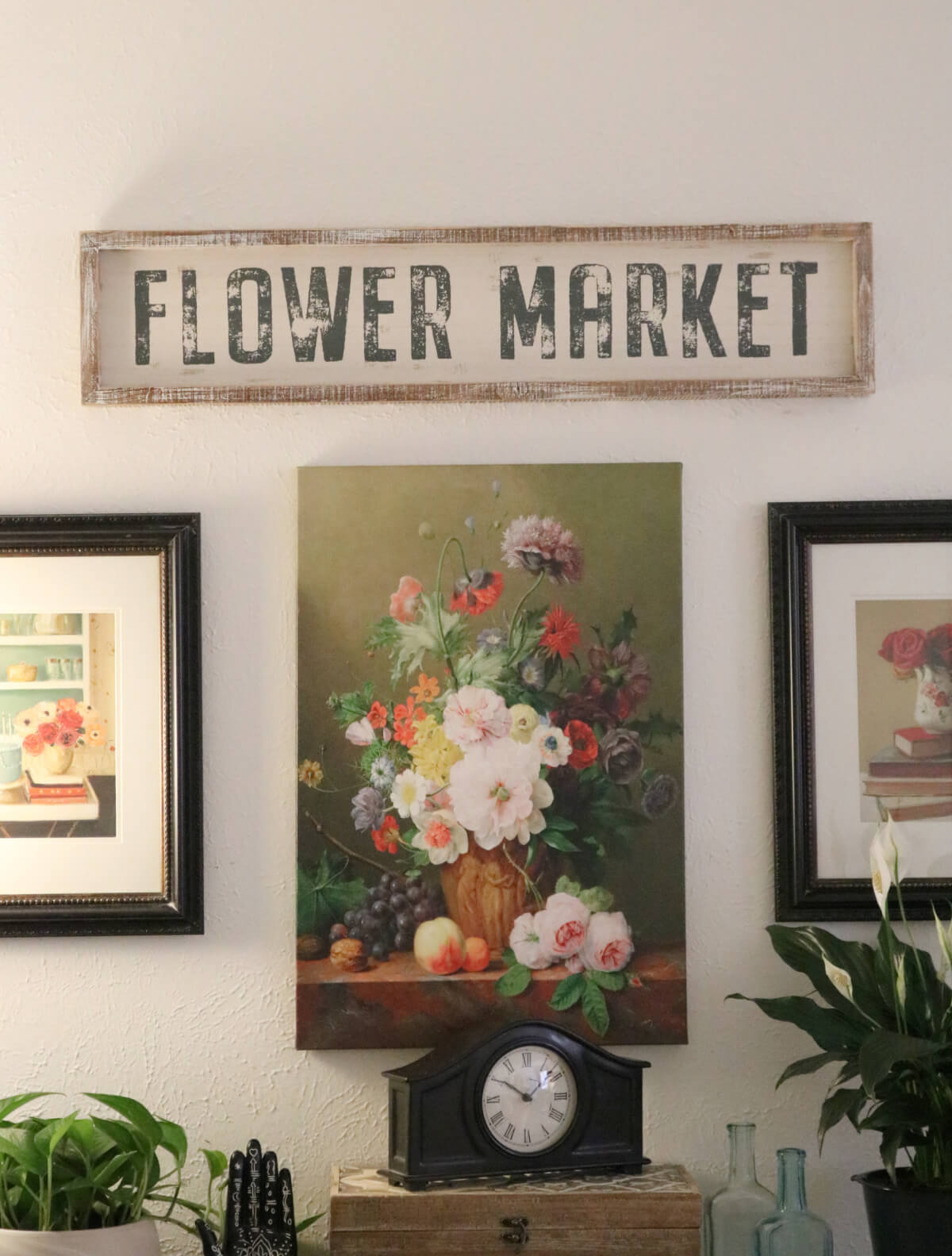 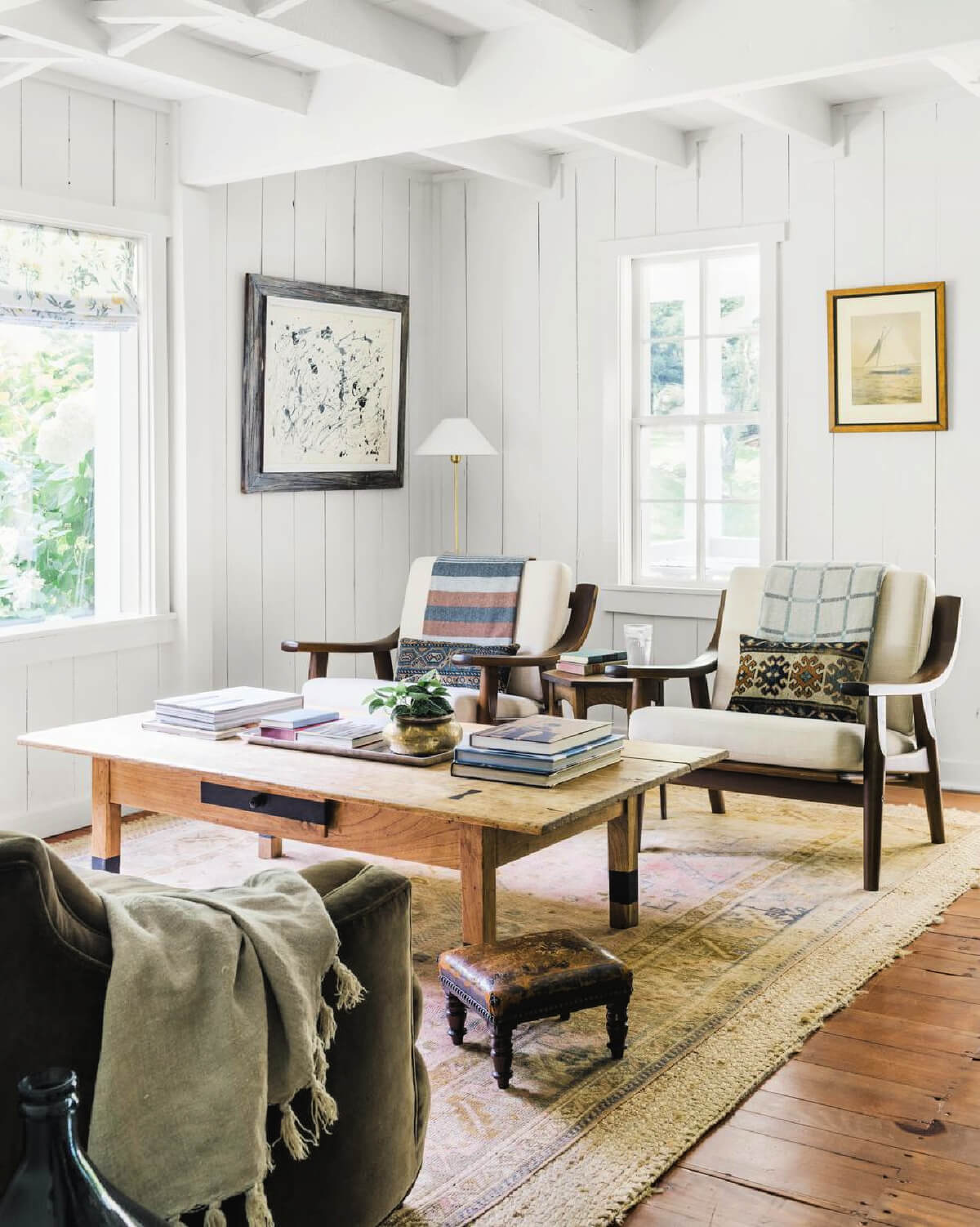