Yesterday I got it in my head to do two things.

One thing was that I wanted to move a few pieces of furniture. The second was that I needed to make a new blog header because looking at the graphic of Gracie was breaking my heart.

I don’t want to come to my blog and be upset before I even begin to write a post. So at first I thought I’d just take the Gracie graphic out and leave the Ivy graphic. But then I knew I’d be upset because it would be a reminder of losing Gracie.

Since I’m pretty emotional right now, this seemed to be the best solution for the time being.

So I made a simple graphic and changed my colors a bit. I’m missing my garden and all the green, so I chose a variety of shades of green to use.

I made a deal with myself. No more heavy lifting or climbing a stepladder. My ankle has been feeling pretty good since the injection.

It was just two pieces. And one piece, the furniture piece that had been behind the couch, only needed to be moved a few feet.

Maybe I’ve finally learned my lesson. I was bound and determined to decorate my apartment, and that’s pretty much done. So now I shall enjoy it and look toward getting a few potted plants for my patio next week.

The other piece of furniture I had her move was this one. As you can see it is, for lack of a better word, my shrine to my pets that have passed on.

They imprinted her pawprint, and that is below the boxes of ashes.

It may seem macabre to some. But really I don’t care. These were my babies and this is what I wanted.

Changes In The Living/Dining Space:

I had her move the green dresser from where it was behind the couch over to the wall in my dining space.

It was green and the wall of paintings are mostly shades of green, so it just seemed like a natural move.

I originally had it behind the couch because the couch is not a heavy piece of furniture. At my other apartment on the vinyl floors, if I’d placed the couch in the middle of the room, it would have gotten scooted all over the place.

So I was worried that would happen here. But since there’s carpet, it stays in place. So I didn’t need a piece of furniture behind it to hold it in place.

I want to show you one more thing, the mantel. The wicker tray basket you see there is not necessarily where I want it. It was just a place to put it when I brought it home Sunday from Kendra’s.

The rattan tray was something I gave to Kendra when she lived in the 3 level house. And now she lives in 1600 square feet and she said there’s no room for it.

So she gave it back to me Sunday when we had lunch.

And in the midst of everything else going on, I stuck it up there on the mantel.

I see on Amazon that the rattan tray has gone up a bit since I bought it a few years ago. But it’s a very nice and sturdy tray. 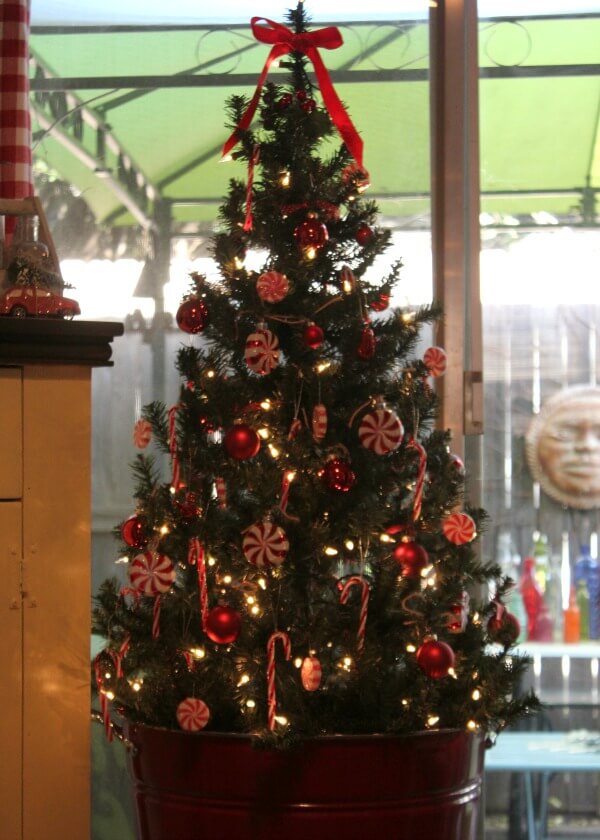 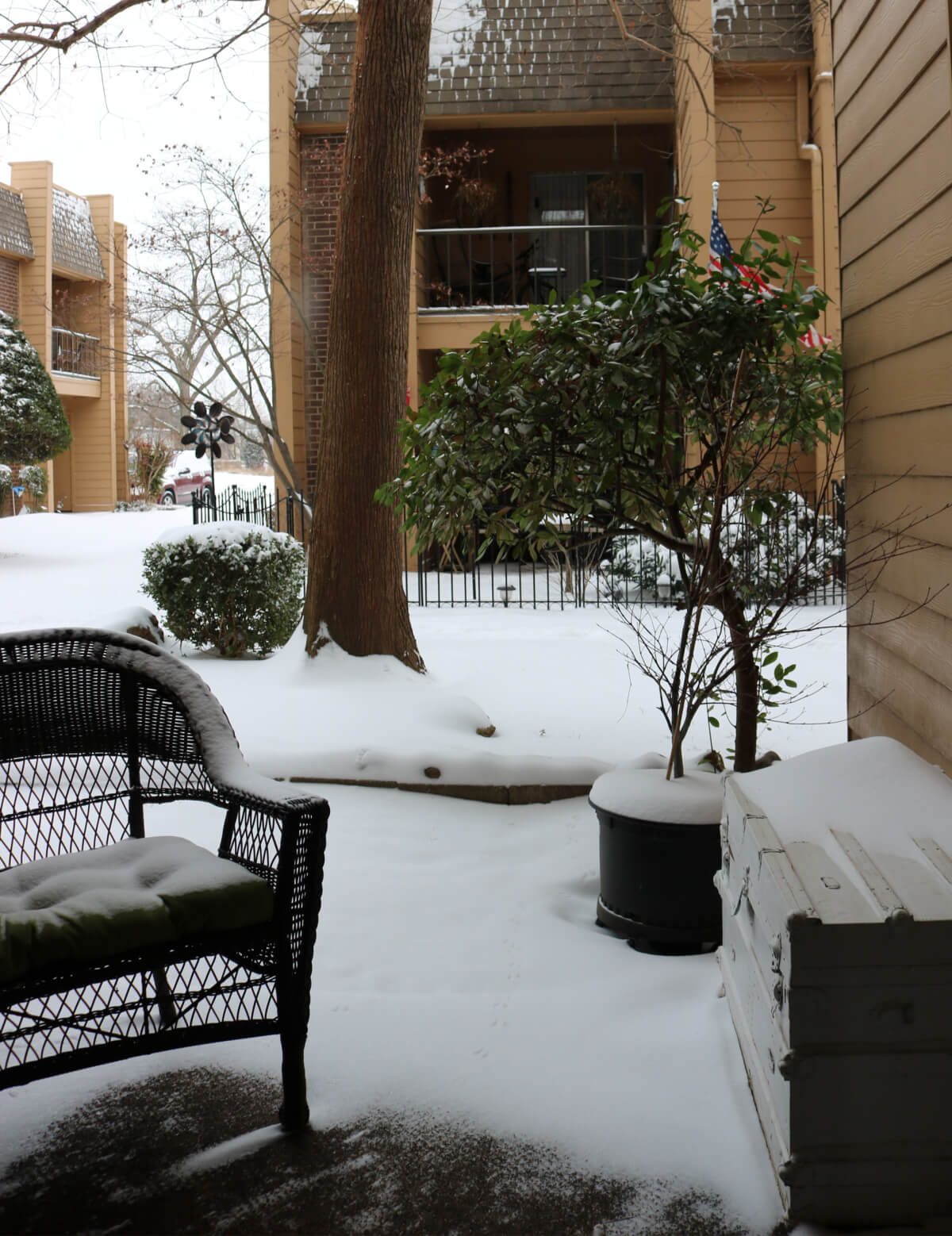 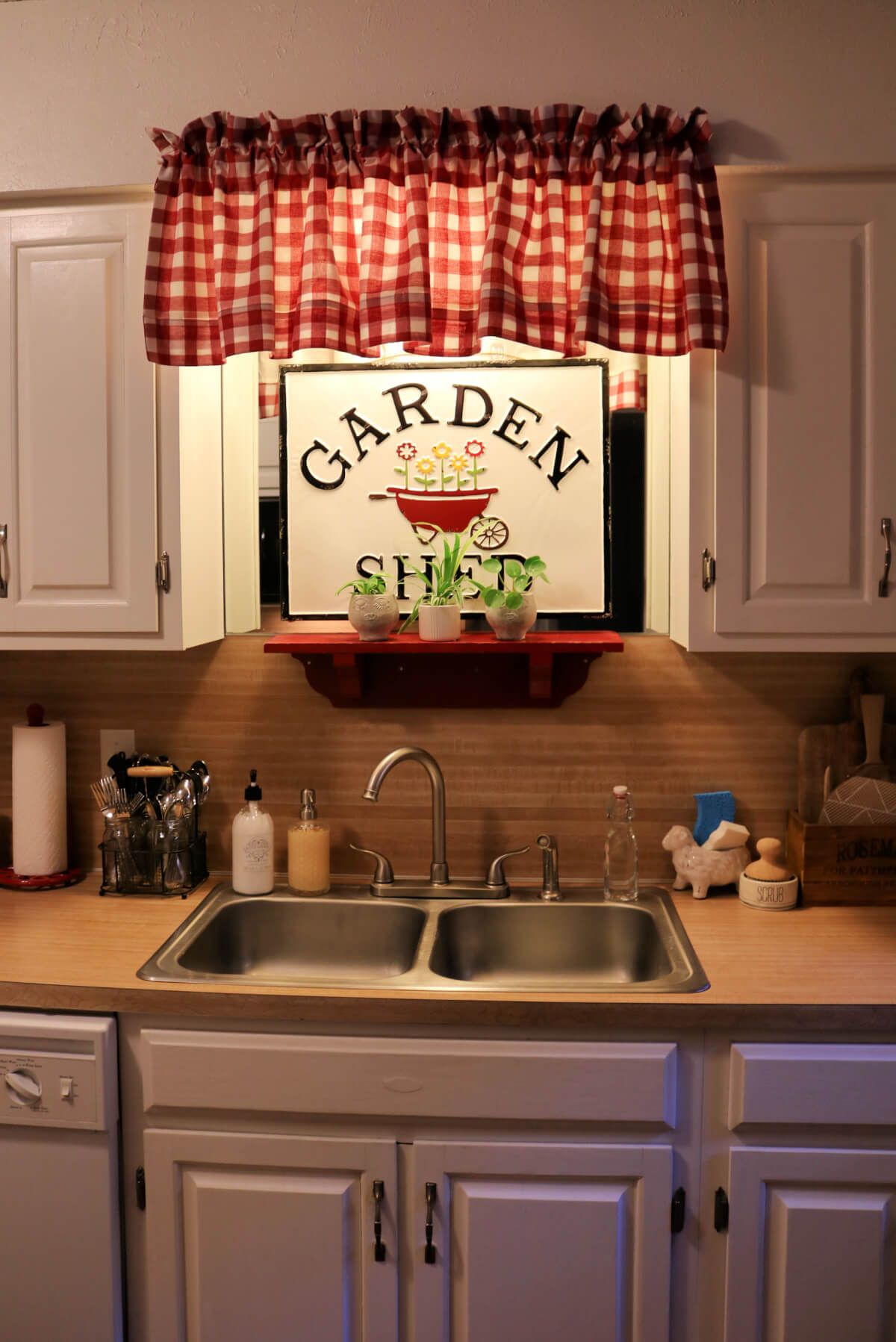 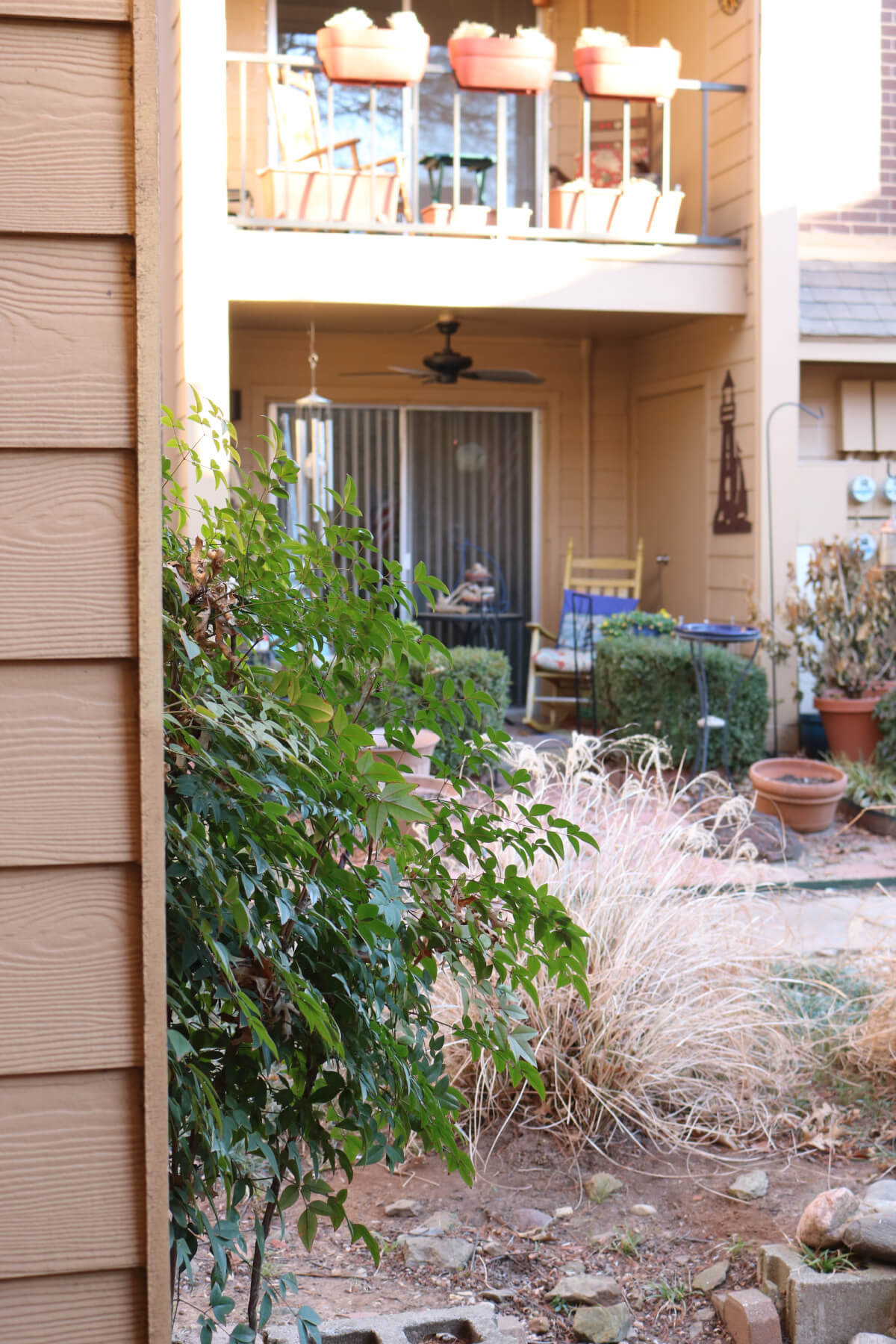 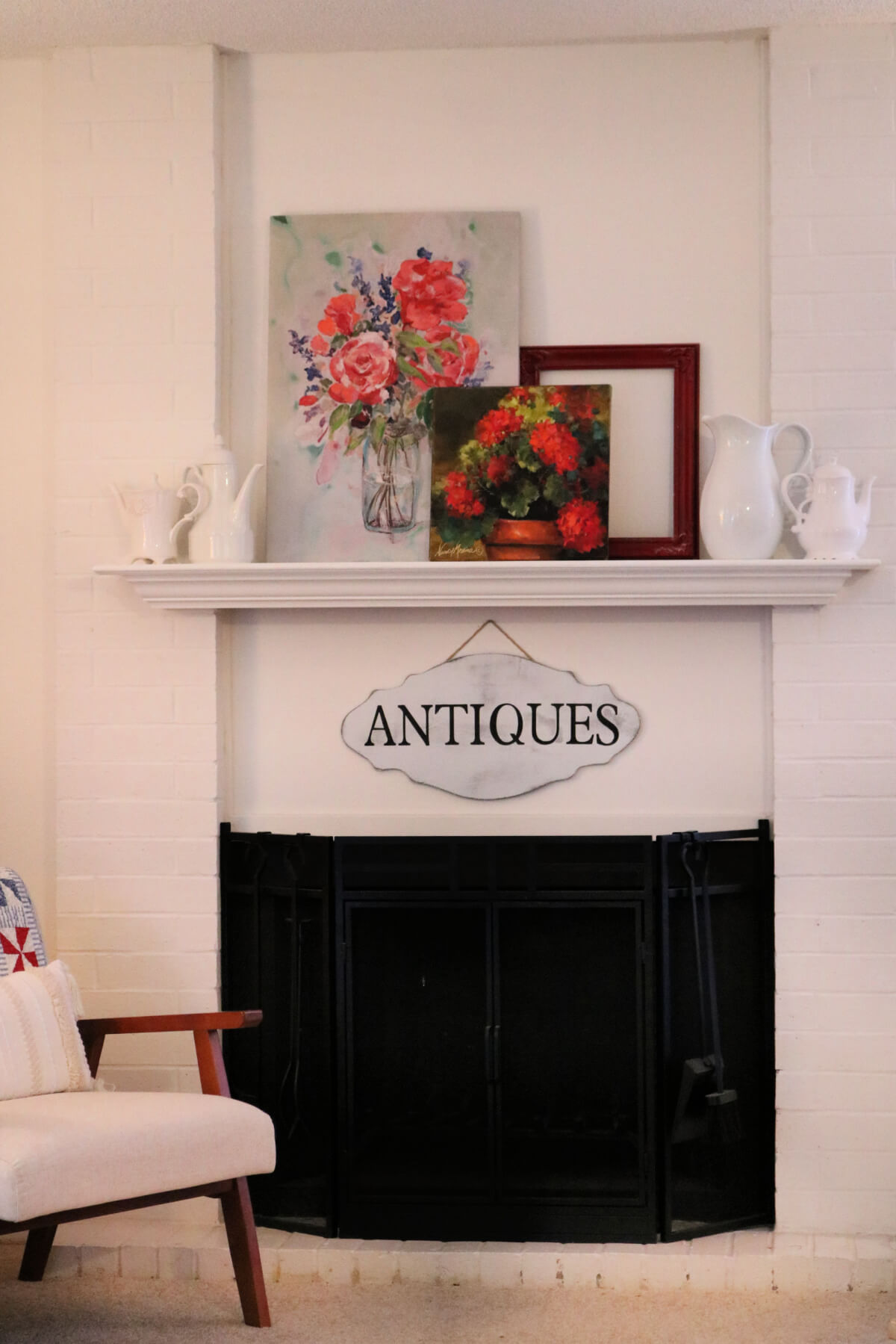 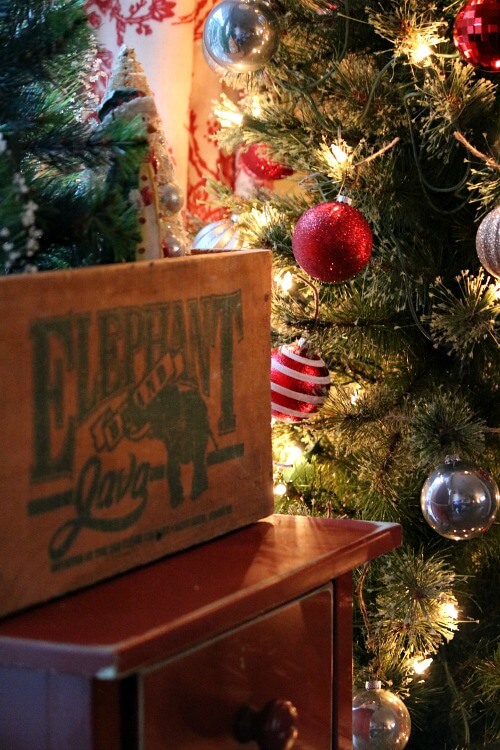