If not, someone tell me how that is done please, because it sounds so very interesting.

I’m walking around much like Mr. Magoo, a cartoon from my childhood, this morning. Charlie kept me up half the night wanting to go out. If I don’t get up right away he barks until I do.

If you’re too young to recall Mr. Magoo, he was an elderly retiree who got into a series of comical situations as a result of his extreme near-sightedness, compounded by his stubborn refusal to admit the problem.

I can’t for the life of me sleep during the day so I wonder if I could take on sleep walking to catch up on sleep? Maybe I could sleep walk Charlie to the patio door and stand there dreaming of being in my bed.

I was thinking last night: Charlie has slept at the foot of my bed for nearly 14 years now. I’ve tried to get him to sleep up close to me.

But he returns to the foot of the bed as though he isn’t comfortable with being so close. I think it is just his habit and I don’t take it personally.

I’ve also tried to get Ivy to sleep with us, but she won’t have any of it. She loves to be petted, but she is not a snuggling cat that will get up next to you and purr with contentment. In fact I have only heard her purr a few times.

Either Ivy doesn’t purr much or she purrs so softly I can’t hear it.

Right now she is at the top of her cat tower about to take her morning nap.

She has taken to running off with my cotton swabs. Never bothered them all this time and now she takes them out and scatters them about the apartment. I shall have to put them in a drawer.

Last night she got the foot long toy she received in her KitNipBox last week in between the bedroom door and the floor. I don’t know how she managed that, for I never shut that door.

I found her pawing at it, trying to figure out how to excise it from its entrapment. I reached down and rescued it for her.

We’ve already played a game of fetch this morning, where she goes running down the hall toward the toy and stops short of the wall, sliding the rest of the way.

Then she brings the toy back to me, looking for all the world like she’s caught a prize and is walking the walk of a stalker that has successfully seized its prey.

I had a cup of coffee but it didn’t help to wake me up all that much. Today will have to be a slow day. One in which I move around with clear intention instead of racing around like the devil is on my tail.

I’ve noticed that Kendra is just like me. Walking around quickly from task to task as though she must hurry whether she needs to or not.

I am envisioning something from my childhood. When I would take a quilt and cover a table and hide underneath it. The darkened little spot seemed so safe. All was right with the world.

I’ve always liked small spaces. Not small like an elevator, which can sometimes feel claustrophobic. But small as in a hidey hole that is all mine and no one is allowed inside without my allowing them.

I finished “The Accidentals” book last night. It was riveting and I hated to see the last page end the story.

This author, Minrose Gwin, is one of my favorites. 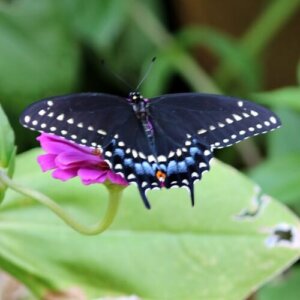