My daughter Kendra just closed this week on her newest flip house. It is in the same general area as the other one.

She bought it from the nicest older man who seems to have grown quite fond of her in a paternal way.

He wrote her the nicest letter and gave it to her at the closing of the house.

Closed on this cute little Brookside gem this morning. Bought the house from the cutest old man and he has been the best seller. I buy my flips as is since I gut them anyway, but he asked for a copy of the inspection and fixed everything. I told him it wasn’t necessary but he said he wanted me to have a good house.

He said he liked me and was proud and impressed with me as a woman with what I was doing with my life. He gave me a letter today at the end of closing and I just read it.

A short life story of how he grew up on an Indian reservation with no water and his mom was an alcoholic. He was split from his 7 siblings when he was 10 and sent to live in a home.

Said he worked all his life and saved every penny he could. When he graduated he bought a car and lived in it for a year while he attended college. Got caught stealing food and kicked out of school. Worked a few more years and tried college again. Flunked out.

Joined the Air Force in 1966 and finally graduated college in 1977 with a business degree. Married twice, no kids. He moved to Tulsa with $75 in his pocket.

Bought this house and lived in it until he paid it off. Retired several years ago. He listed many surgeries and diseases that he had that should have killed him. He has been in 2 car wrecks and a motorcycle wreck that he shouldn’t have survived.

He said that me buying this house was life changing for him. That he has never had this amount of money and he was going to pay off his sister’s house for her, buy some toys and travel. First stop Belize.

Then he ended the letter with this:

“An old Indian told me once while hunting mushrooms – see the eagle in the tree, it looks, it sees, it waits patiently. It has learned to calculate and judge, when it takes flight and soars that prey is no more – Aim high young lady and I will live for another day so I pray.”

Then told me he had made a new friend.

Of course I’ll keep you updated on the house’s progress and show you the end product when it’s finished. 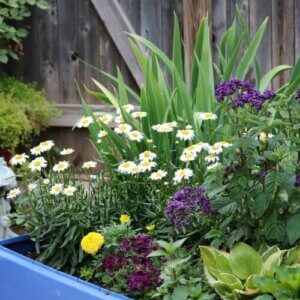