So far it doesn’t look like rain today. I was enjoying not having to water so many times a day.

But my cherry tomatoes were splitting at the top. And I read that that could be too much of either heat or rain.

Yesterday evening I saw a hummingbird through the French doors while I was waiting for Charlie to come to the door. I was so excited because I literally haven’t seen a hummingbird in several years.

Naturally I ran for my camera. I tried to get a photo but the hummer proved elusive. I was so disappointed. I’ll watch out for it today.

I’m reading a book called “Then She Was Gone” by Lisa Jewell.

She was fifteen, her mother’s golden girl. She had her whole life ahead of her. And then, in the blink of an eye, Ellie was gone.

It’s been ten years since Ellie disappeared, but Laurel has never given up hope of finding her daughter.

And then one day a charming and charismatic stranger called Floyd walks into a café and sweeps Laurel off her feet.

Before too long she’s staying the night at his house and being introduced to his nine year old daughter.

Poppy is precocious and pretty – and meeting her completely takes Laurel’s breath away.

Because Poppy is the spitting image of Ellie when she was that age. And now all those unanswered questions that have haunted Laurel come flooding back.

What happened to Ellie? Where did she go?

I do love a good mystery.

Last night for supper I took a couple of pieces of cornbread out of the freezer and warmed them up.

I made potatoes and pinto beans. I put a little chopped purple onion in the beans along with small pieces of pepper and some chopped chives. Had a few slices of cucumber. Delicious.

I think that is my ultimate comfort meal. I remember eating the same meal as a child.

Oh, and I added beets. I know a lot of people don’t like beets, but I always have.

Beets from the garden that were canned tasted so good and refreshing to me back when I was a child. Preferably cold from the refrigerator. 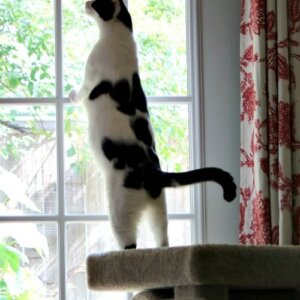