I’m more tired this morning than when I went to bed last night. I’m kind of sleep walking through the days much of the time.

I give him his medications shortly before we go to bed. Two are supposed to help him sleep. One is for his allergies.

I recall giving him a bit of hydrocodone syrup and later a partial dropper of a different cough syrup during the night when he couldn’t stop coughing.

It wakes him right up when he starts coughing and becomes scared. He just wants to go outside and breathe fresh air. Certainly I can’t blame him for that.

I’ve tried all kinds of measures but the fact of the matter is that when you panic it wakes you right up. Same during the daytime.

I stumble around during the day after I drink my cup of coffee just wanting to get done what needs to be done.

Thus is the life of a pet parent with a sick dog. But I wouldn’t trade it for the world because I’d do anything for my Charlie boy.

Ivy is a bit upset with me.

I warmed up the last of the cornbread for supper.

She came running to the table and perched there waiting when she could smell it in the microwave.

I stood at the kitchen counter to eat because I couldn’t bear to sit at the table and see her stare at me. Wondering why I wasn’t giving her the cornbread crumbs she so loves.

Then I gave Charlie a Composure treat and Ivy a few of the dental chews she likes, hoping to appease her a bit.

As soon as she heard me start to put the dishes in the sink and run water to clean up she jumped down. She headed down the hall to the bedroom.

I could here her chomping her dry cat food.

As much as I love cornbread, I don’t know if I’ll cook it again for awhile. Because then Ivy will get all excited only to be let down.

I’d give them to her but I don’t want to upset her tummy again.

Geez Louise, all this over cornbread crumbs that I denied my baby girl. And it made me feel awful. 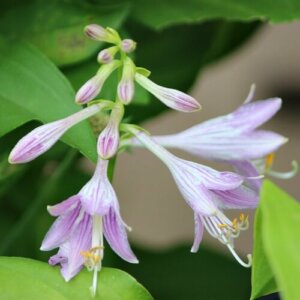